Is the Georgian PM Planning to Introduce the “Labour Police”? 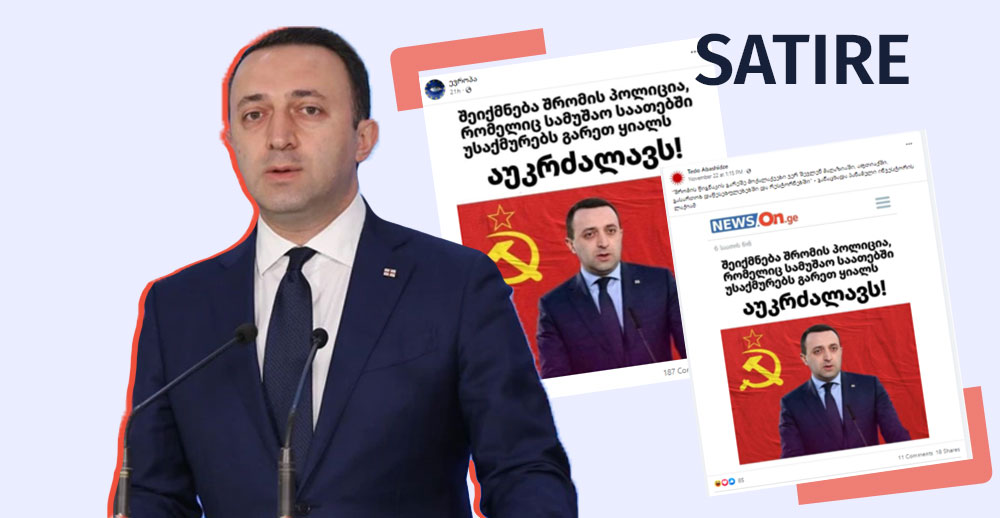 On November 22nd, the Facebook user Tedo Abashidze published a screenshot of the online publication On.ge. The screenshot that is accompanied by the logo of ON.ge shows a photo of the Prime Minister of Georgia, Irakli Garibashvili, with the Soviet Union flag in the background. The following headline accompanies the post: “Labor Police will be set up to ban idle people from wandering outside during working hours!”

On November 24th, a similar photo was published without the On.ge logo by the Facebook page “Europe.” 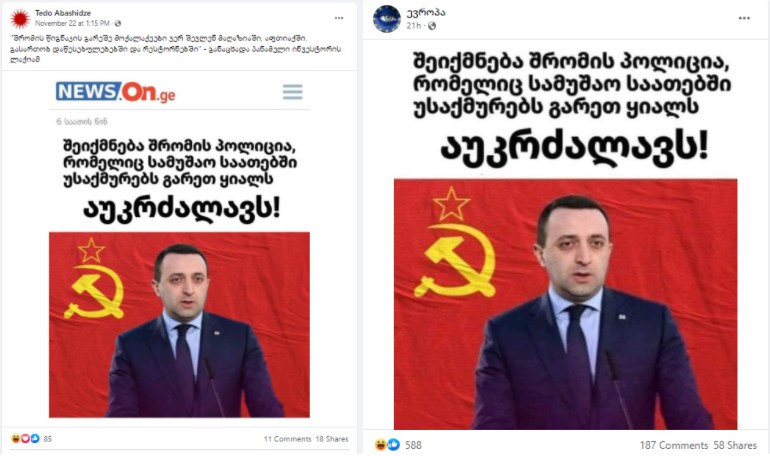 The disseminated posts are satirical. In fact, Irakli Garibashvili did not announce the creation of the “labour police.” The satire concerned his initiative of coming up with a “new social vision”. Sharing the screenshot with the visual details of On.ge creates the impression that such an initiative is authentic.

The information that Garibashvili plans to create the “Labor Police” is satirical and is related to the initiative voiced by the PM at the government assembly. The initiative aims to motivate citizens on social welfare to engage in labour and create jobs. On November 22nd, Garibashvili announced that a new program would be presented in a few weeks to offer jobs to citizens instead of social assistance. Garibashvili also noted that under the existing social policy, citizens have become accustomed to “unemployment, inactivity and poverty”, which should be changed to motivate citizens on social welfare.

Tedo Abashidze’s post used the visual of the news portal On.ge, creating the impression that a similar initiative was covered by the media and hence it is accurate. However, It should be noted that the design in the fake screenshot is slightly different from the actual On.ge.

In fact, both posts are satirical since such information can neither be found on.ge or other media websites. However, some social media users perceived the information as authentic, which can be observed in the post’s comments section. Some of them even evaluated the “initiative” positively. 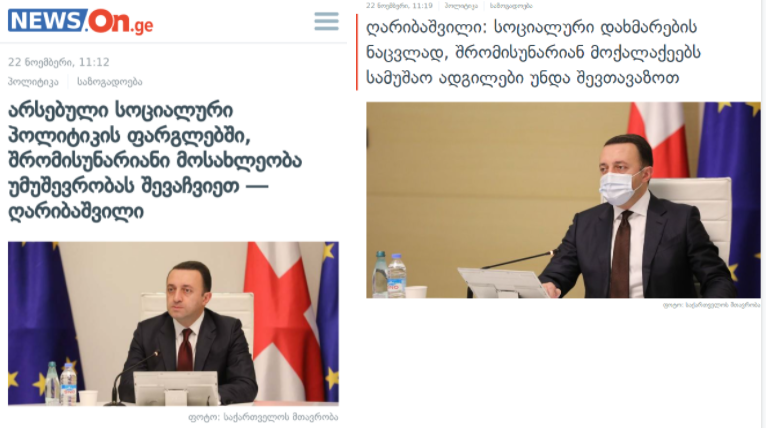 Tedo Abashidze has been suspected of spreading disinformation in the past as well. See the articles of “Myth Detector:”