Is the Former President Margvelashvili Going to Run for Presidency Again? 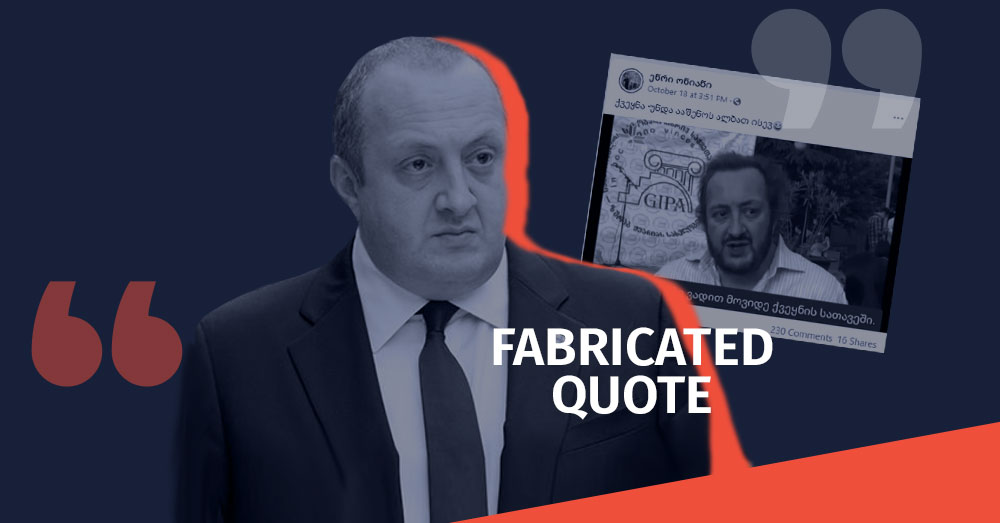 On October 18th., 2021, Facebook user Enri Oniani posted a photo of Georgia’s fourth president, Giorgi Margvelashvili, with the following caption: “I am ready to head the country for a second term.” 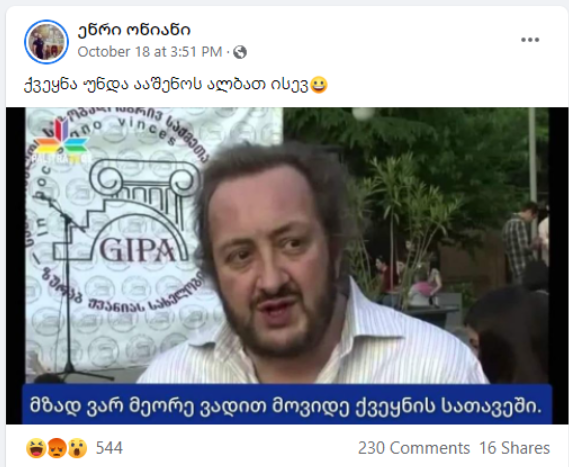 The information disseminated by Enri Oniani, as if Giorgi Margvelashvili was ready to lead the country for a second term, is disinformation. No open-source contains a similar statement made by the fourth president of Georgia.

According to the caption on the photo published by Enri Oniani, Margvelashvili is ready to head the country once more. Noteworthy, the post’s author did not specify the information, while no open-source, including the media outlets and Margvelashvili’s social media accounts, do not contain a similar statement.

Users in the comments section of Enri Oniani’s post did not doubt the quote’s authenticity and started writing a number of aggressive and insulting comments directed at Margvelashvili. Allegedly, Oniani published the post in order to discredit Giorgi Margvelashvili.

The photo used alongside Margvelashvili’s fake quote represents a screenshot from his old video, in which he talks about the future plans of GIPA (Georgian Institute of Public Affairs).

The latest statements of Margvelashvili’s were predominantly supportive of the opposition in the second round of the local self-governance elections. On October 17th, during a visit to “Formula,” he spoke about the ongoing political processes in the country, noting that he would vote for the opposition in the second round of elections. Margvelashvili did not talk about his active involvement in politics or his plans about running for the presidency once more time.

Myth Detector has identified disinformation around Margvelashvili in the past as well. For details, see our article:

Enri Oniani was selected as the 21st member of the “Georgian March” party list during the 2020 parliamentary elections. He was also present at the July 5th, 2021 violent rally in Tbilisi. 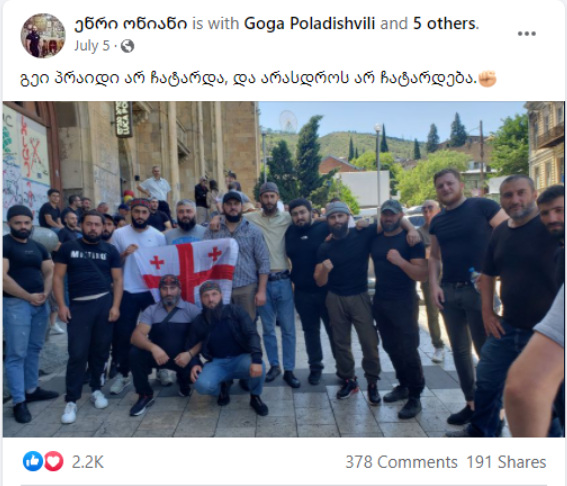 For more about the disinformation spread by Oniani, see: