Is It Possible to Find Honokohau Falls in Lagodekhi Nature Reserve? 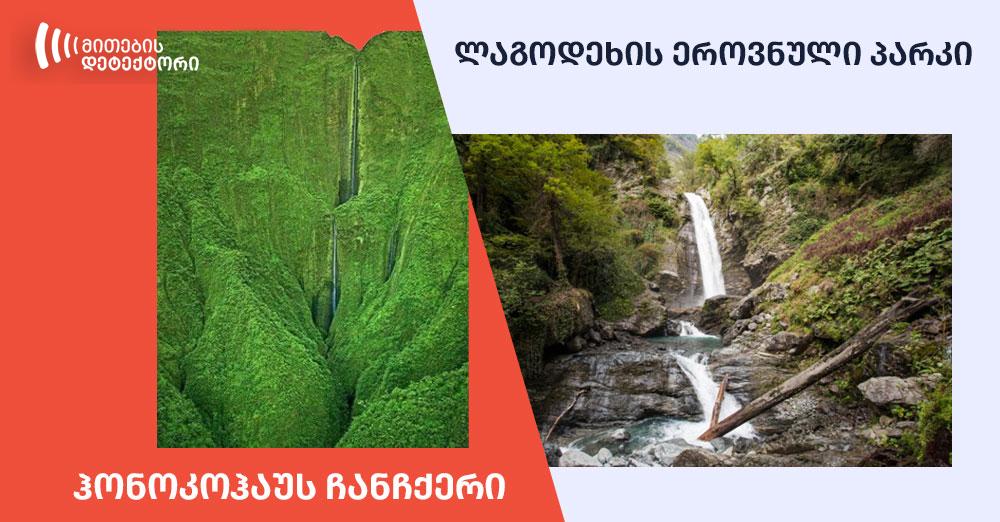 On September 17, 2020, a Facebook profile „ჩემი საქართველო“ (My Georgia) published a photo with a caption claiming that it is Lagodekhi Nature Reserve. The author of the post expresses delight and also points out that the photo shows Lagodekhi Nature Reserve, located in Kakheti, Georgia. Although the post is from 2020, it is still being actively disseminated and had 1,300 shares as of March 30.

The description of the widely shared post, that the photo allegedly shows Lagodekhi Nature Reserve, is not true. In fact, the photo shows a waterfall on one of the islands in Hawaii.

The photo by “My Georgia” is authentic, but the description does not match the photo. In fact, the photo shows Honokohau Falls, which is the tallest waterfall on Maui island in Hawaii with approximately 335 meters. Reverse image search allows to easily verify the given information – already the first results of Google Image Search show that this waterfall is not located in Lagodekhi. 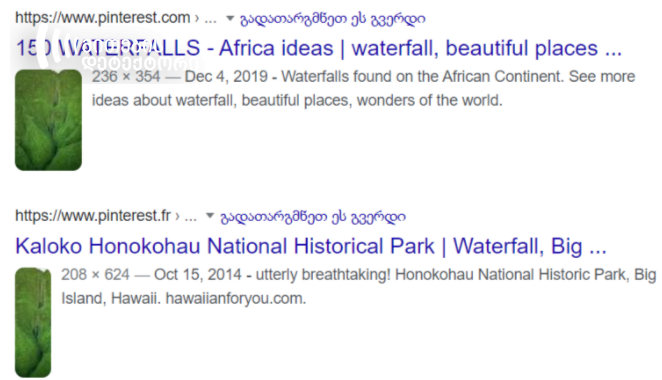 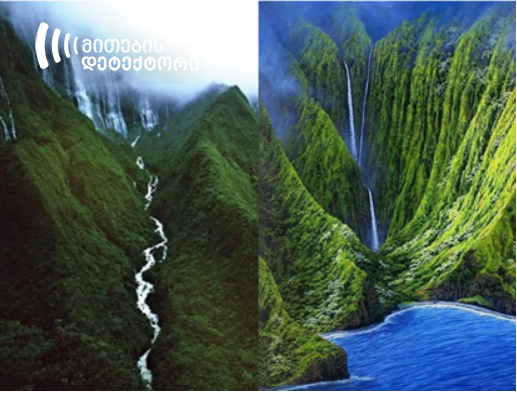 It should also be noted that, in the Georgian-language internet, the identical photo was initially uploaded on June 28, 2017 on Intermedia.ge, where any registered user can publish articles, increasing the likelihood of making mistakes in the articles. 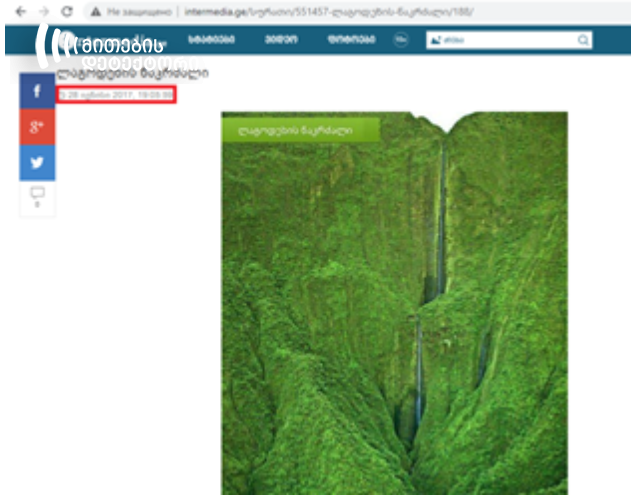 Which waterfalls are located in Lagodekhi Nature Reserve?

Ninoskhevi Falls is located on the territory of Lagodekhi Nature Reserve. It is a widely known tourist attraction. As the webpage of the National Parks of Georgia indicate, the waterfall is 40-meters tall, and one can find rare relict plants such as Lagodekhiangentiana, Lagodekhian snowdrop etc. near Ninoskhevi river. 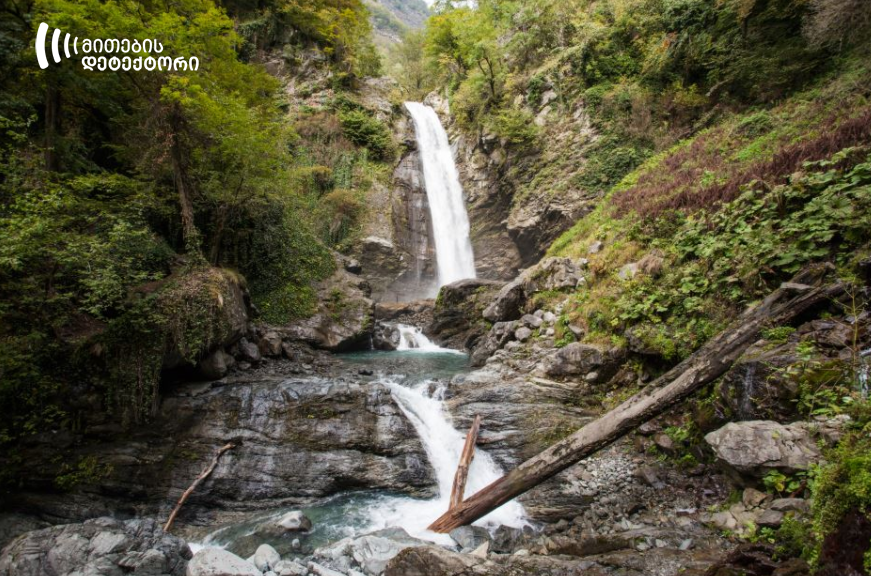 The Facebook profile “My Georgia” publishes posts with diverse content. Religious, patriotic, as well as Turkophobic posts can be found on its news feed.

Another photomanipulation can be found on “My Georgia” from February 27, 2021. The post claims that a 65-year-old grandmother escaped from home and married a stranger, but the photo did not have a connection with the story. The photo actually showed a Twitter user Ben, who accidentally found how his grandmother was thanking Google after each search.