Is It Correct to Claim that Sanahin and Hałpat Are Georgian Monuments? 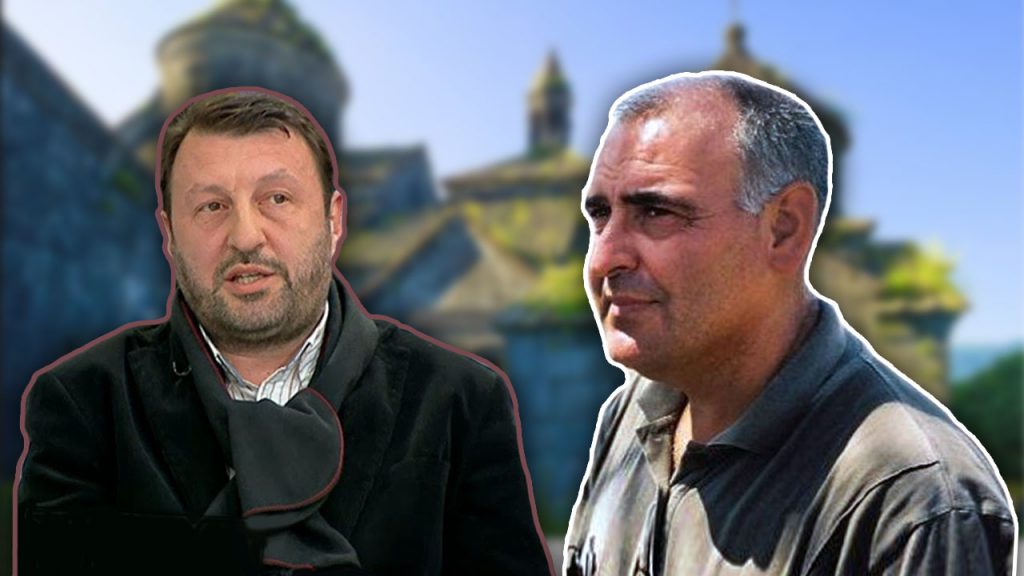 On June 1, tvalsazrisi.ge published an article headlined “Along with Gareji, we are also losing Georgian monuments of Lori-Tashir!!!” The article refers to Giorgi Andriadze’s Facebook post, according to which Sanahin and Hałpat are Georgian churches and the Armenians compelled UNESCO to recognize them as Armenia’s cultural monuments. Andriadze, in turn, refers to ambioni.ge, the project by Archpriest Davit Datuashvili, head of Tbilisi St. Archangel Church, where Sanahin and Hałpat are referred to as Georgian monuments. Ambioni.ge cites Georgian inscriptions on the frescos in both monasteries as an argument to prove Georgian origin of Sanahin and Hałpat.    .

Giorgi Andriadze: “Along with Azeris, Armenians are also attacking us!!! And even more strongly and silently!.. Armenians compelled UNESCO to recognize Georgian churches of Sanahin and Hałpat as Armenia’s cultural monuments!!! Along with Gareji, we are losing Georgian monuments of Lori-Tashir!!!”

Ambioni.ge: “Georgian inscriptions on the walls and frescos of Sanahin, Hałpat, Kobayr, Odzun and other monuments confirm that these churches are Georgian. This trace should in no way be erased.”

Sanahin and Hałpat are Armenian Monophysite monasteries and the information as if they are Georgian churches is not true. Both monasteries are located in Lori province, which remained part of Georgia until 1921, when Soviet army seized Lori from Georgia and transferred it to Armenia. Sanahin and Hałpat were built in the 10th century and since 1996 they are listed among UNESCO’s World Heritage Sites.

To clarify the issue, the Myth Detector reached out to Giorgi Gagoshidze, art historian, who said that Sanahin and Hałpat are not Georgian monuments, but rather they represent Armenian cultural heritage and are very important architectural complexes.

The Hałpat Monastery was founded by Queen Khosrovanuysh, wife of the Bagratid king Ashot III, in 976. The Sanahin Monastery was a residence of Kiurikian Bagratid Kings. It contains three churches, among other the Astvatsatsin Church (Holy Mother of God), which is a classical medieval architectural monument of Armenia.

Art historian Giorgi Gagoshidze told Myth Detector that actually, there are Georgian monuments in Lori-Tashir, but Sanahin and Hałpat are not Georgian churches.

Giorgi Gagoshidze: “Yes, there are some Georgian inscriptions on paintings at Hałpat Monastery. They belong to the 13th century, but this painting dates back to the epoch of Tamar the Great, when Georgian culture had a huge influence on Armenian culture. However, I cannot agree with the claims that church services were held there in Georgian, because both are clearly anti-Chalcedonian Armenian monasteries. There are Georgian churches located nearby, for example, Akhtala, Kobairi and others.”

This is not the first time tvalsazrisi.ge publishes unverified information that promotes confrontation on ethnic or religious grounds. In 2019, tvalsazrisi.ge quoted Russian newspaper Экспресс газета as saying that Turkish government promised to supply arms to Adjarian Muslims to help them gain independence from Georgia. The information was based on photo manipulations and non-existent sources.