Is Elvis Presley Alive? And What does he have to do with a Preacher from Arkansas? 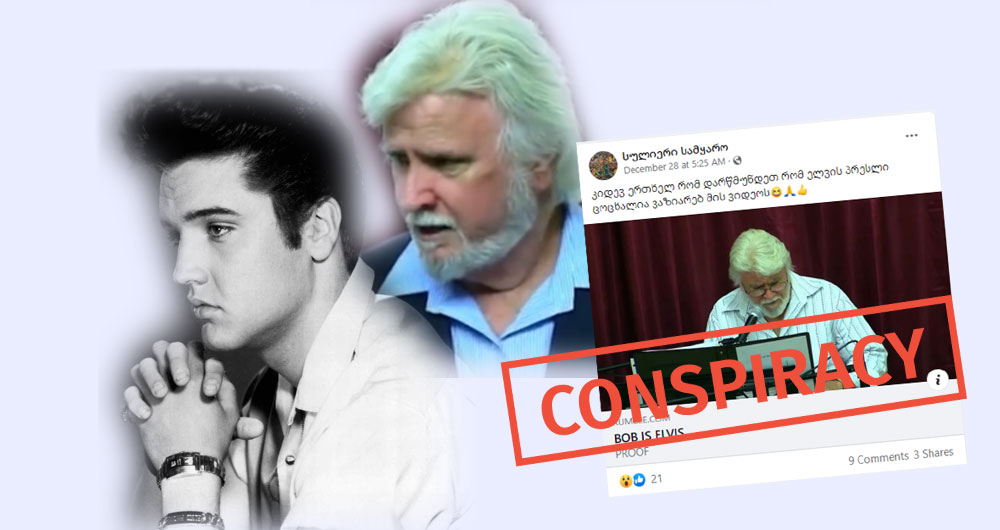 On December 8th, the Facebook profile ‘Sulieri Samkaro’ [Spiritual World] published a post claiming that Elvis Presley is alive, citing a rumble.com video where an elderly man is seen singing. Apart from showing the footage of the man singing, his photos are compared to Elvis Presley’s pictures from different angles. 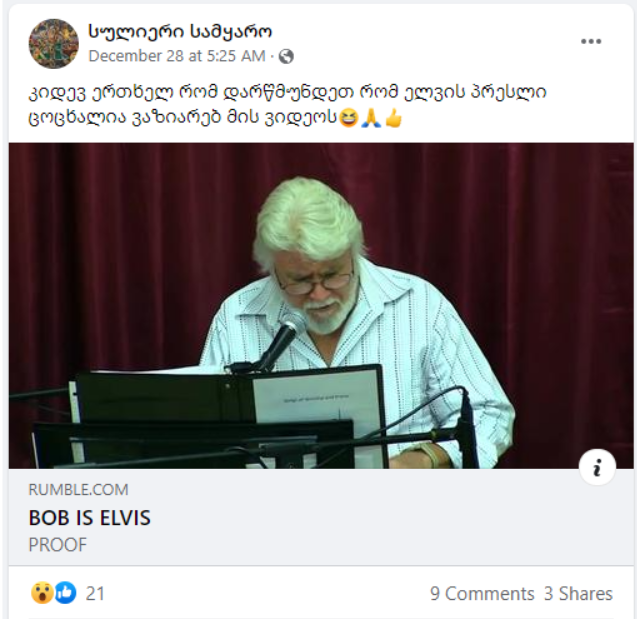 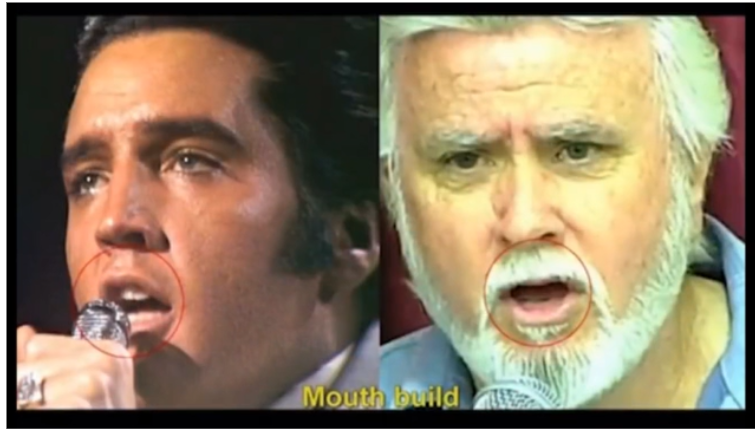 The elderly man seen in the video is Bob Joyce, a preacher from Arkansas, US, who is also a musician. He has posted a number of videos of him singing on YouTube, and his CDs can also be purchased at householdoffaithbobjoyce.com. 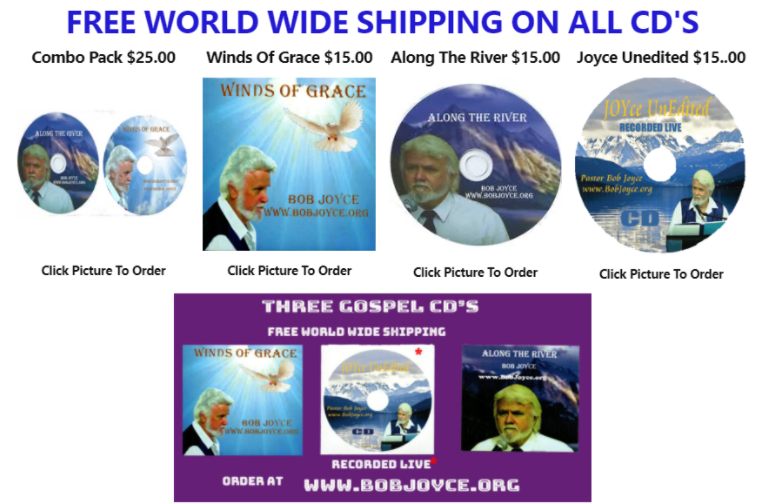 The YouTuber Spa Guy, who frequently makes content about Elvis Presley, has decided to verify the conspiracy about Bob Joyce being Elvis Presley. He also often visits people related to Elvis Presley and posts interviews with them on YouTube.

In a video posted on September 24th, 2020, YouTube says he arrived in Arkansas to visit Bob Joyce to ask if he really was Elvis. Bob Joyce confirmed to the YouTuber that he is not Elvis and noted that many people ask him the same thing. In addition, he confirmed that he is 68 years old, while Elvis Presley would have been 85 years old by the time the video was recorded. 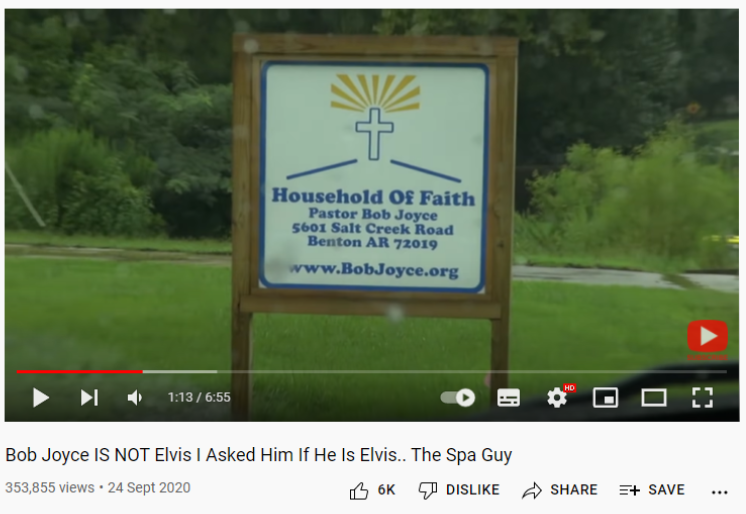 In 2013, strategic communications company Sachs Media, with the help of photo recovery and manipulation company Phojoe, published photos showing what famous dead people might look like today. In general, Phojoe artificially ages pictures of missing people to make them easier to find. This time, the same technology was used to present the modern faces of people like Jim Morrison, Jimi Hendrix, John Lennon, etc.

The image of Elvis Presley was also included in the list, which is somewhat different from the photos of Bob Joyce. Not to mention, Bob Joyce has dark coloured eyes while Elvis Presley had blue eyes. In addition, there is a noticeable gap between the front teeth, which Elvis Presley did not have. 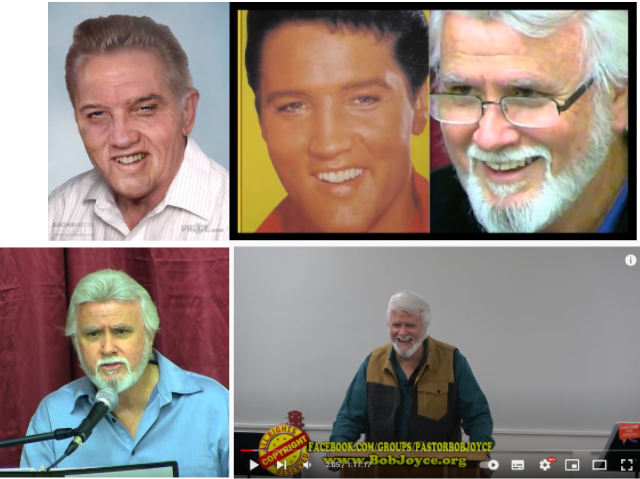 The conspiracy theory that Elvis Presley is alive has been around since his death in 1977. For the past 44 years, Elvis’ fans have been claiming that he worked as a cashier at a California grocery store, as a police officer in New York, and even appeared at the airport in the 1990 movie “Home Alone.” 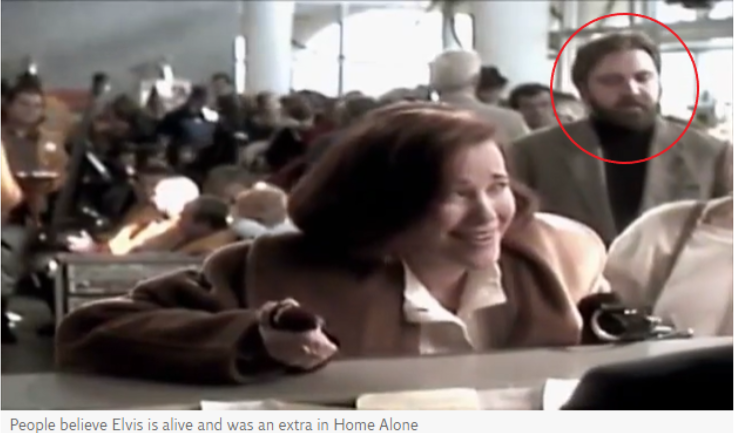 This list goes on by asserting that Elvis returned to Graceland in 2016 to work as a farmer. In addition, according to one conspiracy theorist, in January 2017, Elvisattended his 82nd birthday celebration in Graceland. 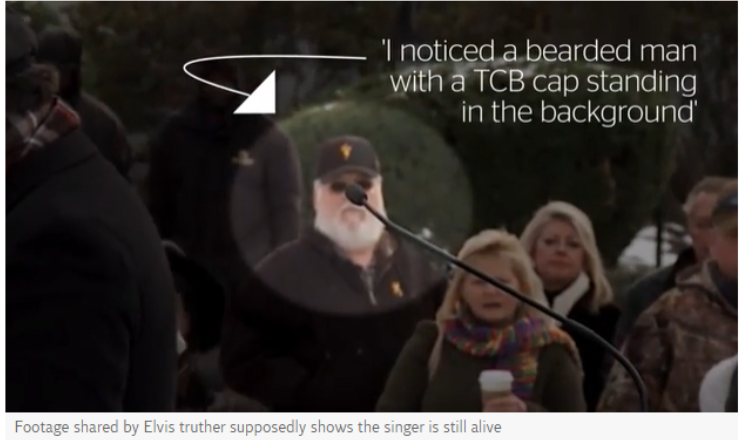 Elvis Aaron Presley, known as the King of Rock and Roll, died from heart problems on August 16th, 1977. According to doctors’ initial reports, Elvis suffered from cardiac arrhythmias and hardened arteries; later toxicology reports identified high levels of several pharmaceutical drugs in his systemIt. There is a version that his death was related to drugs. 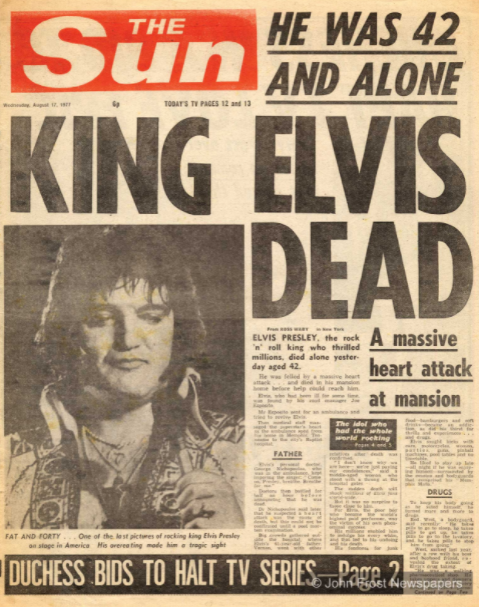 In September 1977, Rolling Stone published an article outlining the timeline of Elvis Presley’s death and related events. According to the article, an employee of the Memphis Baptist Hospital noted that Elvis had the arteries of an 80-year-old man, and his body was exhausted. He also added that the singer was hospitalized five times in this hospital before his death, treating a number of his health problems, including hypertension, enlarged colon, gastroenteritis and gastritis.

In order to determine the exact cause of death, the hospital performed an autopsy and kept Elvis Presley’s vital organs in the hospital for some time.

Back then, Elvis Presley autopsy expert noted that if Elvis is alive, he will walk without his major organs as his brain and heart are still kept in Memphis Memorial Hospital.