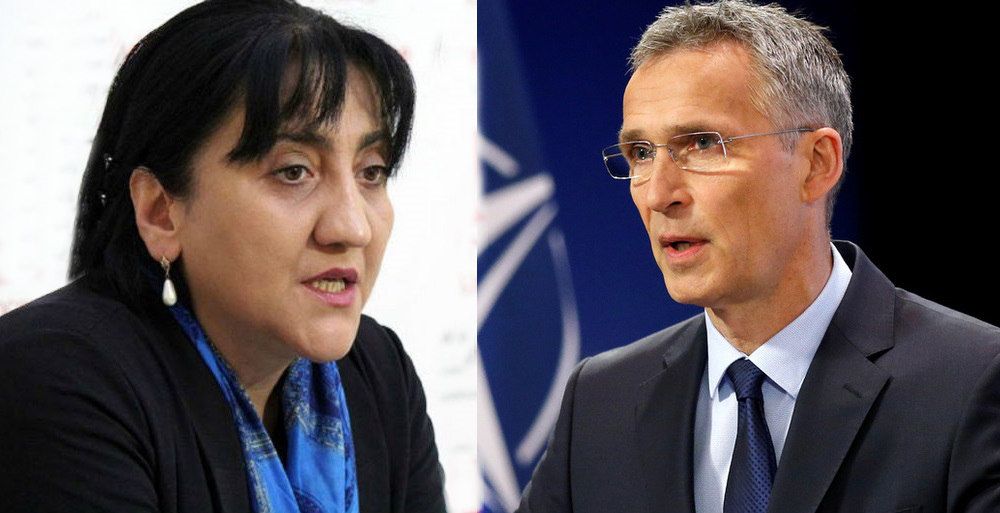 On April 25, a news agency Saqinform published an article titled “The Parliament of Georgia should assign an official status to our delegation, so that the official delegation can travel to the Russian Duma and hold meetings – Irma Inashvili”. The article concerns the statement of the Leader of the Alliance of Patriots concerning the necessity of a dialogue with Russia. Irma Inashvili refers to a statement made by NATO Secretary General, according to which NATO does not plan to isolate Russia, but rather continues negotiations with it.

Irma Inashvili’s claim that NATO plans to continue negotiations with Russia, is manipulative and out of context. On April 4, NATO Secretary General, Jens Stoltenberg, while addressing the audience in Ottawa University, Canada, spoke about the relations with Russia and noted that the act of expelling Russian diplomats by NATO allies and partners is a response to the actions carried out by Russia, the cyber-attack and the involvement in other countries’ democratic processes. The Secretary General also explained that despite the aforementioned circumstances, NATO does not plan to isolate Russia.

On April 4, during the meeting with the students of Ottawa University, Canada, NATO Secretary General, Jens Stoltenberg spoke about the relations with Russia. According to him, the illegal annexation of Crimea, participation in a destabilization process in the Eastern Ukraine, supporting Bashar al-Assad’s regime, cyber-attacks and involvement in democratic processes of other countries, as well as the Salisbury attack were the reasons behind an acute reaction of NATO allies and partners. As Stoltenberg mentioned, expelling Russian diplomats from NATO member countries was a unified response to the Russian actions, as the Salisbury attack is not the first case of Russia taking aggressive steps. The Secretary General also noted that, nevertheless, NATO does not plan to isolate Russia, as it is a neighbour country. 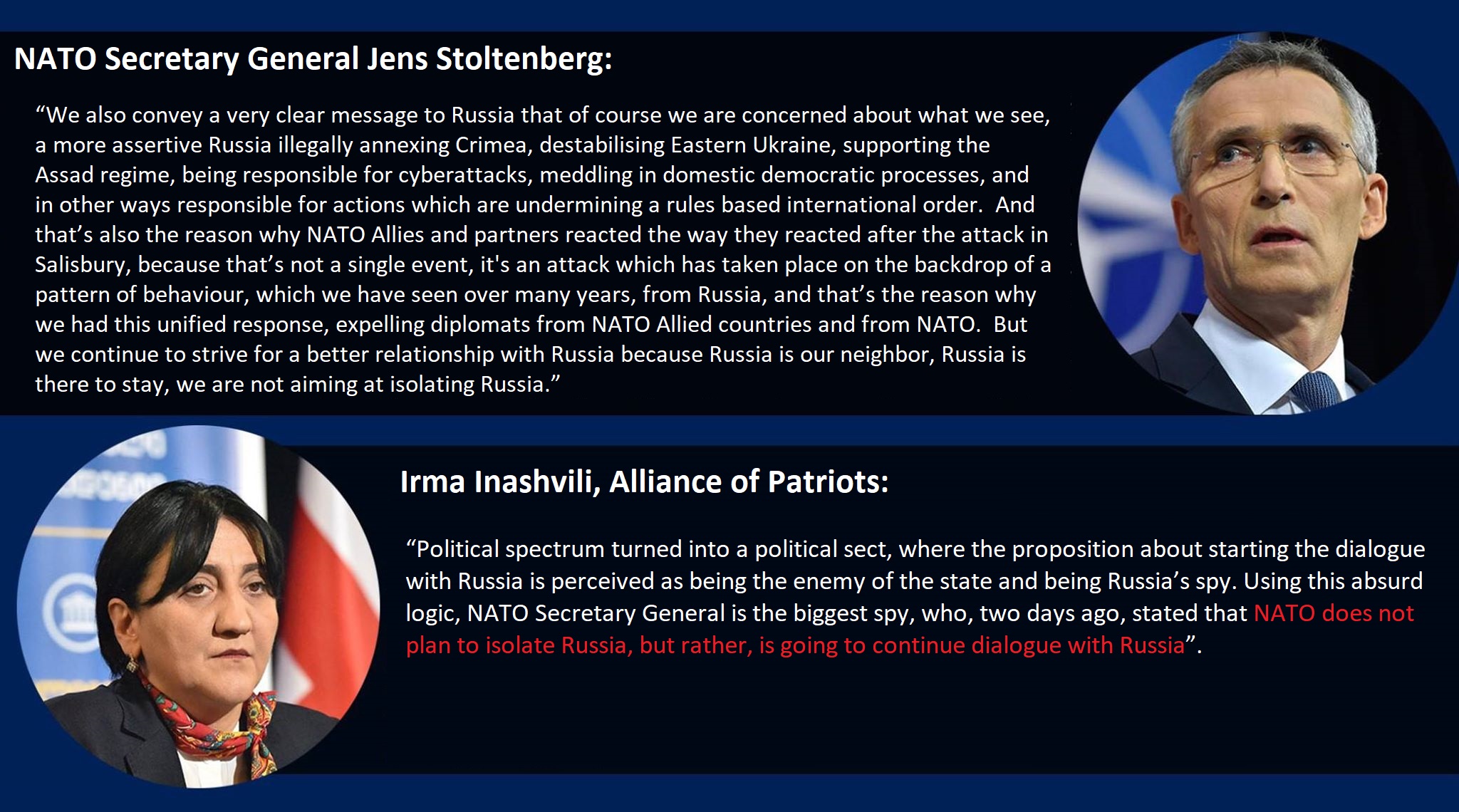 This is not the first case when the Alliance of Patriots disseminates disinformative messages about NATO allegedly starting the dialogue with Russia. These messages aim to persuade the public that NATO is getting used to Russia’s aggressive foreign policy and is planning to improve relations with the latter on its own.

The section “Relations with Russia” of the official website of the North Atlantic Treaty Organization mentions that “for more than two decades, NATO has strived to build a partnership with Russia, developing dialogue and practical cooperation in areas of common interest. Cooperation has been suspended in response to Russia’s military intervention in Ukraine, which the Allies condemn in the strongest terms.”

The position of the Alliance concerning the issues, such as the illegal annexation of Crimea by Russia or the political support towards Ukraine and Georgia remain unchanged. 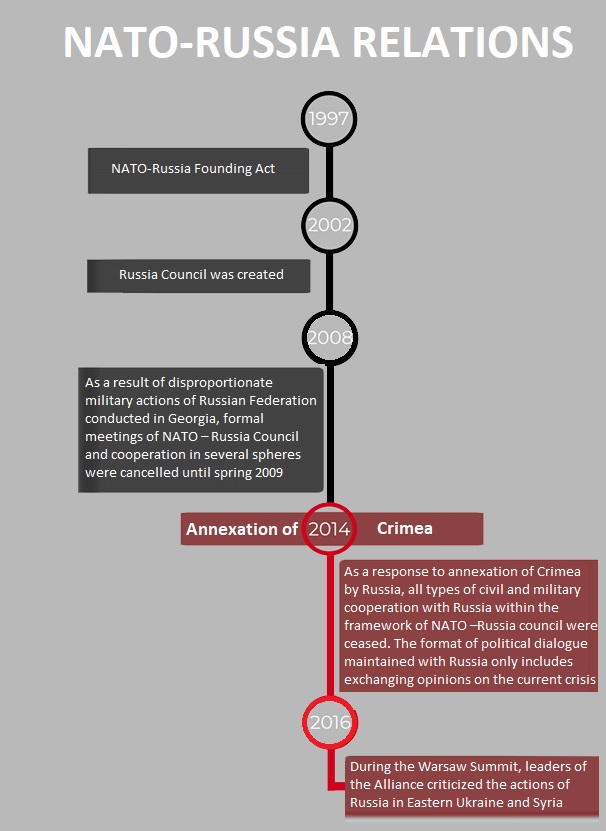