Ioseb.Stalini, Ilia Chavchavadze – Cai.Qutaisi and others in a discrediting campaign against the protest of Pozner’s visit 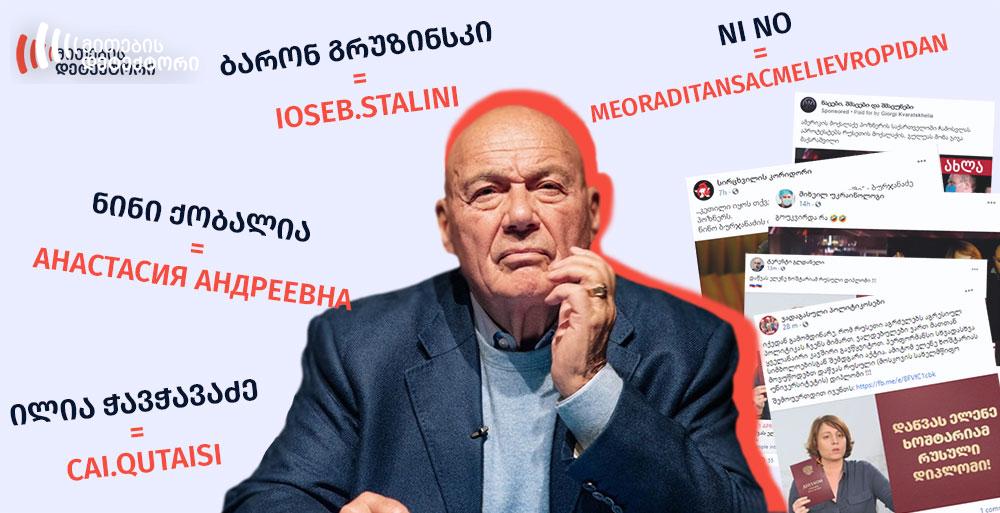 The host of Russia’s First Channel, journalist Vladimir Pozner arrived in Tbilisi with a delegation to celebrate his 87th birthday, which was followed by a protest by civic activists and the opposition party members. On the night of March 31, the demonstration was held near hotels “Rooms” and “Vinotel”. According to participants of the protest, Pozner supports the occupation of Georgia and Ukraine and is an active promoter of Kremlin propaganda, for which he should not be allowed to enter Georgian territory. Moreover, Pozner together with his accompanying delegation violated Covid-19 isolation and quarantine regulations.

The messages spread by governmental pages were voiced in announcements of the party leaders as well. According to Irakli Kobakhidze’s assessment, Pozner’s visit was protested by people, who, with their actions and statements, serve Russia’s affairs and goals and moreover, Giga Makarashvili, Shota Dighmelashvili, and Elene Khoshtaria are Russia’s agents.

“Myth Detector” revealed pro-government and opposition-discrediting 7 pages, 2 anti-liberal pages, and 20 trolls, in a discrediting campaign against participants of the protest against the Russian journalist, as well as civic activists, and the opposition.

It should be noted, that on April 1, the Facebook page “ვადაგასული პოლიტიკოსები” (Expired Politicians) created an event titled “Elene Khoshtaria Should Burn Her Russian Diploma”, later on, the page dedicated a separate post for the event. 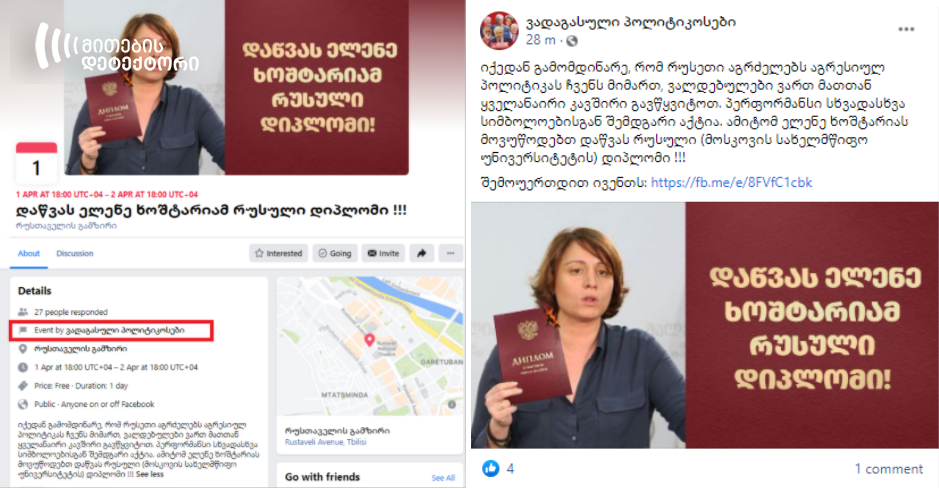 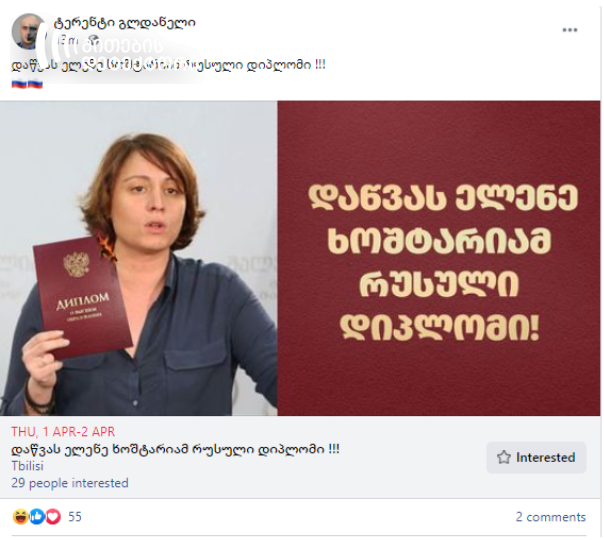 “ვადაგასული პოლიტიკოსები” is a newly created page, it was registered on March 26, 2021, and is said to have entertaining content, yet it mainly shares posts discrediting the opposition. 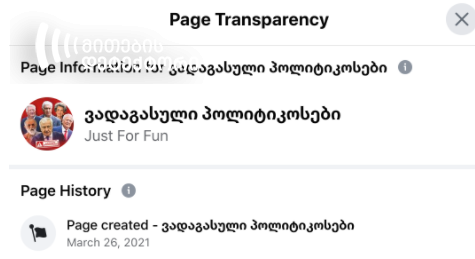 In the first week of its existence, the page has advertised 5 posts against the opposition, including the event created against Elene Khoshtaria. It should be noted, that these posts are sponsored by Giorgi Kvaratskhelia. 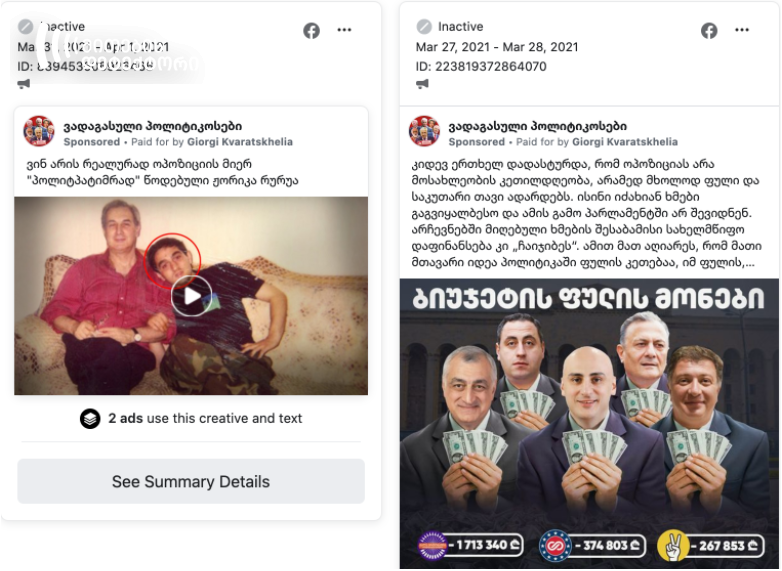 On one hand, the Facebook page “მიხეილ უკრაინოლოგი” (“Mikheil Ukrainologi”) recalled Mikheil Saakashvili’s meeting with Putin (the post has been deleted as of now), and on the other hand, it also discredited Elene Khoshtaria. 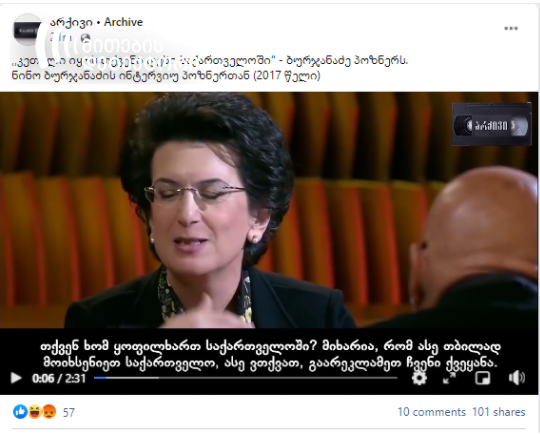 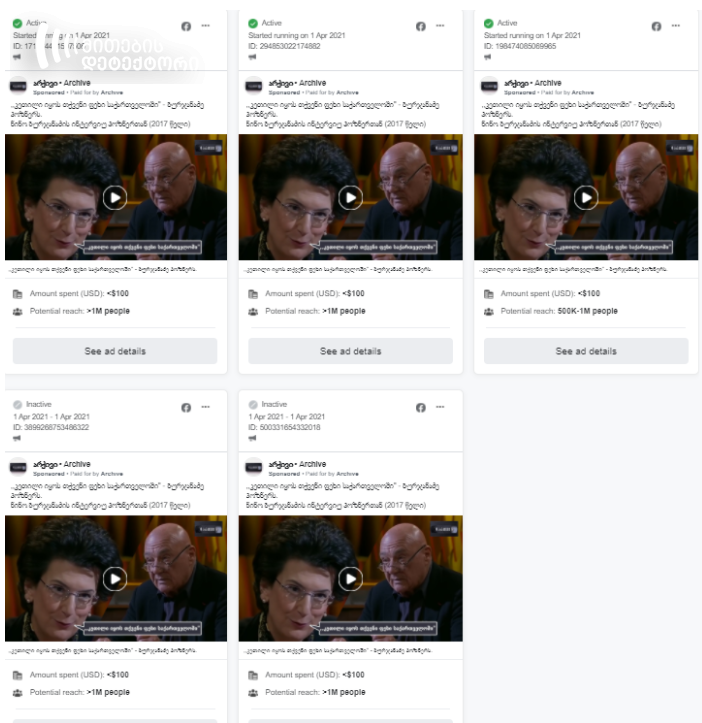 An identical video with the same description was shared by the page “სირცხვილის კორიდორი” (Corridor of Shame). 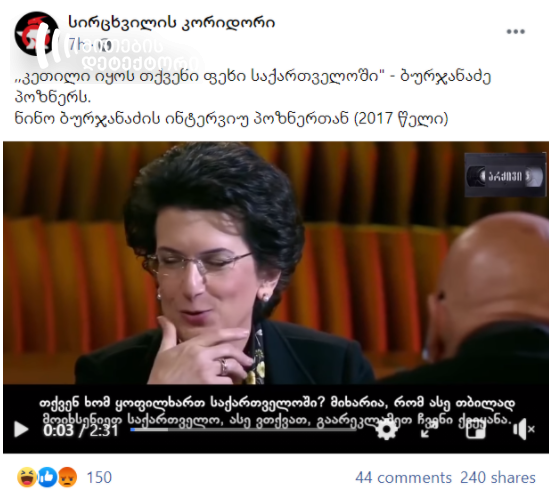 Along with the protest, a video was shared on the Facebook page “ნაცები, შმაცები და შმაცუნები”, where civic activist Giga Makarashvili is seen together with Mindia Gulua, a Georgian businessman working in Russia. 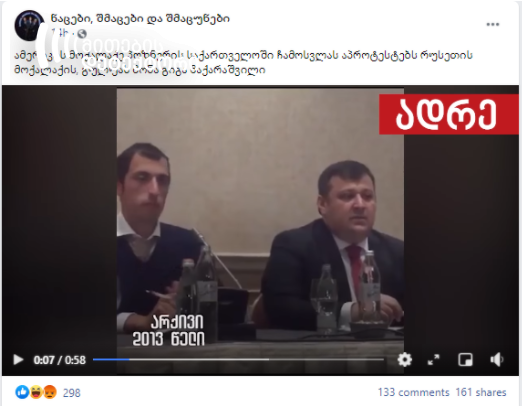 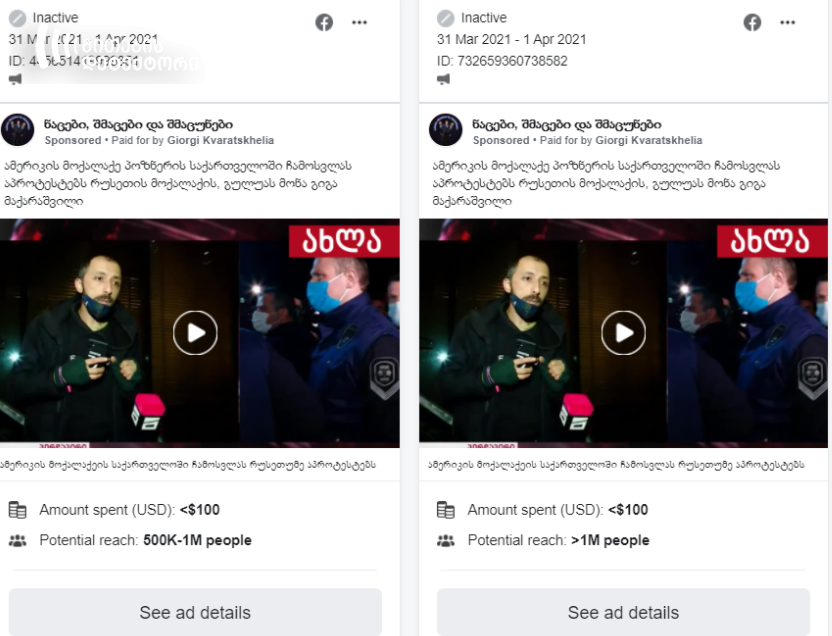 On the Facebook page “ტერენტი გლდანელი”, a video was shared, where Irakli Kobakhidze’s statement about civic activists and Elene Khoshtaria being Russia’s agents, is followed by a comment by Alika Kuprava, a spokesperson of the movement “Sakartvelostvis”. The video has the following description: “Pro-Russian civic activists are protesting Russian journalist’s visit to Georgia”. 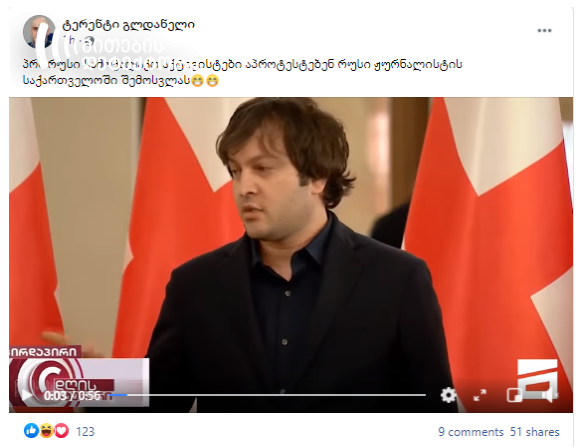 The Facebook page “FAKE დეტექტორი” also tried to pass off the National Movement and Mikheil Saakashvili as a pro-Russian power, in a published video the page tries to prove how Georgia’s former president copied Vladimir Putin. 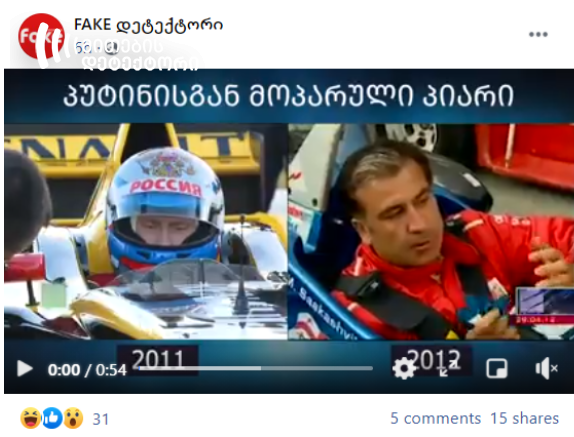 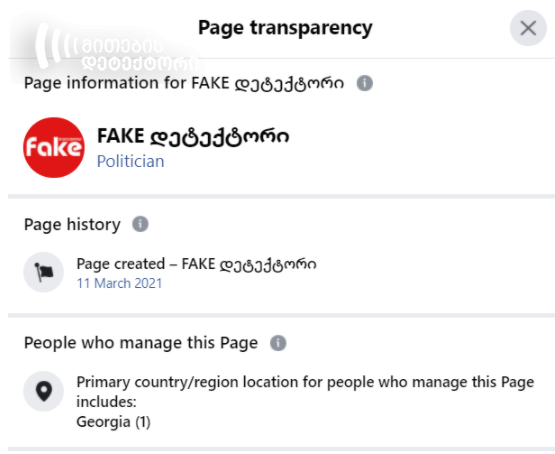 Anti-liberal pages
Anti-liberal pages also joined the protest-discrediting campaign, which on one hand, discredited protest participants, and on the other hand, appealed to National Movement’s connections with Russia. These pages are კარდჰუ (Kardhu), კონსერვატიული პლატფორმა (Conservative Platform). 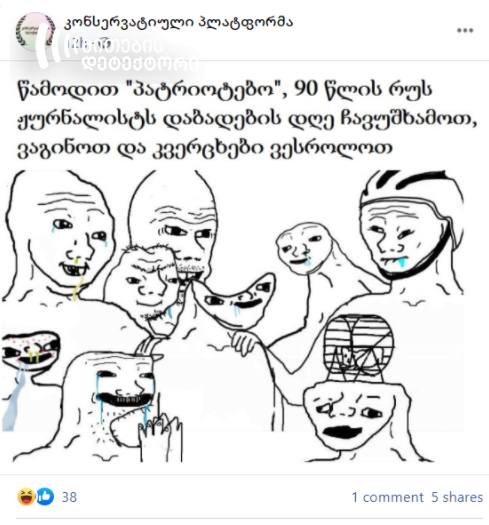 Along with Facebook pages, trolls also got active on social media, and as per tradition, discredited protest participants and representatives of the opposition.

“Myth Detector” has revealed 20 trolls, who were active on Facebook about Pozner’s visit

2. Trolls that have a different name indicated in the profile URL:

3. Trolls that hide their identity

The trolls left homophobic, discrediting comments on Facebook about the participants of the protest, tried to pass off the process as an order from Mikheil Saakashvili and the National Movement and wrote, that the protest would cause irritation of Russia, which would affect the number of Russian tourists and Georgian’s fate living in Russia.