Information that women in Saudi Arabia are executed for driving and the United States encourages it, is wrong 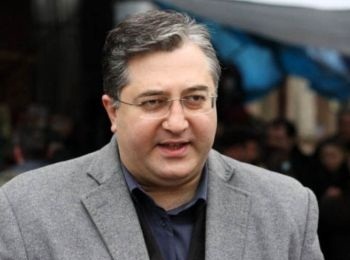 Recent media statements misinterpret the issues related to Saudi Arabia and link all these with the United States. Most recently, false information that U.S. ally, Saudi Arabia allows husbands to kill and then eat their own wives was related to portrayal of a sarcastic publication by a Moroccan blogger as a true story. False information was disseminated by Archil Chkoidze, chairman of Eurasian Choice. Another statement that women in Saudi Arabia were executed for driving and the United States encourages this process was made by Giorgi Akhvlediani of The Democratic Movement – United Georgia in the interview with Kavkasia TV.

Giorgi Akhvlediani, The Democratic Movement – United Georgia: “If a Saudi woman dares to drive, she is executed. It is democracy from the American point of view… Is it the U.S. national interest to have partnership with Saudi Arabia and to support it in everything? Then everyone will close their eyes to the fact that for example, a woman will be beheaded [in Saudi Arabia] for driving.” Barrier TV program, Kavkasia TV, November 24, 2015

Saudi Arabia has banned women driving since 1957, although there is no law restricting this right. It should be noted that no death penalties have ever been imposed on such offenders.

Saudi Arabia is an absolute monarchy governed by the Islamic law, Sharia. The Quran and the Sunnah are the country’s constitution. Religious law and Islamic traditions are strong and the logic of such restrictions lies in the religious dogmas. To drive safely, Saudi women have to uncover their faces and take off their Hijab that is considered a sin from a religious point of view. Saudi Arabian cleric, Sheikh Saleh bin Saad al-Lohaidan said in 2013, amid a campaign calling for women to defy the ban in a protest drive, that women who drive risk damaging their ovaries and bearing children with clinical problems. The members of the Consultative Assembly of Saudi Arabia also known as Shura Council said that granting driving licenses to Saudi women will cause negative changes to traditional Arabian families and women’s image in Islam.

As a rule, offenders of these unwritten public and religious rules are arrested, fined, members of their families (husbands or fathers) are summoned or even fired from jobs. Flogging is yet another form of punishment, though this method is used quite rarely. Despite strict religious dogmas, Saudi women still drive cars, because it is essential for their routine household activities; the government or religious organizations have not imposed any punishment on such cases.

A number of women’s rights campaigns have been carried in Saudi Arabia since the 1990s. Among the key requirements were participation in elections and obtaining driving licenses. The campaign achieved certain success in 2011, when King Abdullah announced that women would be able to participate as voters and candidates in the 2015 election.

In May 2011, a group of women including Manal al-Sharif launched a campaign named “Teach me how to drive so I can protect myself” or “Women2Drive”. In 2011 Wajeha al-Huwaider, co-founder of the Association for the Protection and Defense of Women’s Rights in Saudi Arabia, filmed al-Sharif driving a car as part of the campaign. The video was posted on YouTube. Al-Sharif was detained and sentenced to 10 lashes. King Abdullah pardoned her and released from jail. The above mentioned organization is not formally registered by the government and it has no right to hold protest rallies. On June 29 of the same year, a group of women organized a driving campaign in Jeddah as a protest against violation of their rights. They were arrested but released soon. Since then every June 29 women in various cities of Saudi Arabia drive their cars as a sign of protest. Police, as a rule, arrest some of them briefly.