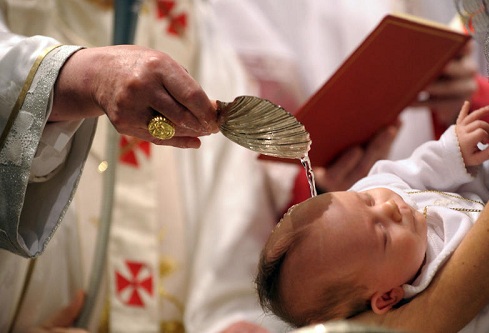 Georgian media and social networks reported recently that according to the ruling issued by the European Court of Human Rights (ECHR), starting from March 2016 infant baptism will be considered a crime. The information disseminated by various news websites is absolutely identical.

Georgian websites news.vitube.ge and mediacity.ge cited reports from the Italian press, but no specific source has been indicated anywhere. Moreover, neither does the information about court ruling make reference to any specific document. By the way,each of this article concludes that the Pope and the Ecumenical Patriarch of Constantinople will make special statements on the fact.

A lot of articles or blogs with similar contents can be found in the Russian-language Google. Their texts are actually identical and what is most important, all these blogs and articles cite Italian news website ilgiomale.it, which ran an article on January 20 titled “Corte europea: da marzo 2016 battezzare i neonati è reato” (European Court: Starting from March 2016 Infant Baptism will be a Crime). The text contains other similarities as well. For example, kominform.ru, as well as other Russian websites cite the remarks made by Andrew McFarrel, The Times journalist, on the ECHR decision.

Myth Detector applied to the editorial board of The Times to recheck the information. As it turned out, journalist named Andrew McFarrel is not a member of their editorial staff. Moreover, not a single publication signed with the name Andrew McFarrel can be found. Thus, the remarks and the person are both invented.

Neither Georgian, nor Russian and Italian websites indicate an official source, where the above mentioned ruling of the European Court of Human Rights can be found. The ruling is not available at the ECHR website either and as the Italian news website thelocals.it reports, the European Court also dismisses the entire story as untrue.