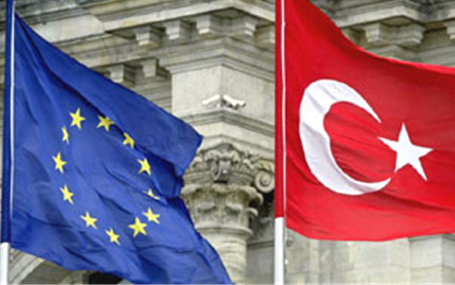 Source: Arno Khidirbegashvili, editor of “Sakinform”: “The prostitute European Union has awarded Turkey for the downed Russian warplane, which was flying to bomb Islamic State in revenge for Paris shootings; it donated EUR 3 billion to Turkey and granted non-visa rules with 26 Schengen countries!” Sakinform, December 1, 2015.

Turkey shot down Russian warplane Su-24 for violating the Turkish airspace that caused death of one Russian military pilot. The incident took place on November 24, whereas the talks between EU and Turkey on migration management issues (EU-Turkey Joint Action Plan) were launched a month earlier, on October 15.

According to the action plan, the EU committed itself to provide an initial 3 billion euro to Turkey for implementing measures to assist refugees and asylum seekers. In addition, EU accession negotiations should have further intensified as a result of which Turkish citizens would be able to enter Schengen area through simplified visa procedures.

Finally, the parties reached an agreement  in Brussels on November 29. It was the end of that process of negotiations, which was launched a month before downing the Russian warplane.

Because of its geographic location, Turkey is the first country to meet Syrian refugees and migrants. According to the latest data,Turkey has given shelter to about 2 million refugees and asylum seekers. Turkey has already spent up to EUR 7 billion from its own reserves to create refugee camps and render humanitarian and medical aid to refugees.