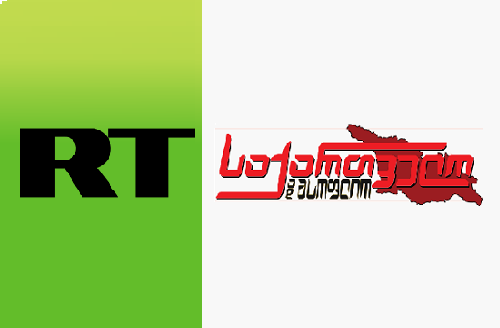 On June 16, 2016 Georgia and the World posted on its website a translated extract from the book “Crisis: How is it done?” by Nikolai Starikov, which says:

In addition, on July 7, 2016 the same website posted an article titled “Fairy tale about independence and chattering about democracy”, which reads:

“How can we talk about fighting terrorism, when drug production increased in Afghanistan 40 times after the United States intervened in the country.”

A web portal ‘Georgia and the World’ does not cite any sources when providing the above mentioned statistics. The research has revealed that Russian government-owned news agency RT (Russia Today) disseminated information in April 2013 according to which drug production increased 40 times in Afghanistan after the U.S. troops intervened in the country. RT quotes Victor Ivanov, the head of Russia’s Federal Drug Control Service, as saying that “heroin production in Afghanistan increased 40 times since NATO began its ‘War on Terror’ in 2001.”

The initial objective of the U.S. intervention in 2001 was to degrade al Qaeda capabilities and institute regime change in Afghanistan. Dealing with the illicit economy was not considered to be integral to the military objectives. Under a concept of “lead nations” for the international assistance mission in Afghanistan, with a specific country being responsible for reconstruction in a specific sector, Britain was tasked in 2002 with counternarcotics. Britain at first deployed a compensated eradication program. Thus, during the 2002-2003 poppy growing season, Britain promised to pay US$350 to farmers for each jerib (unit of area) of poppy they themselves eradicated. But the policy was aborted in less than a year citing corruption reasons. Between 2004 and 2009, manual eradication was carried out by central Afghan units trained by Dyncorp, as well as by regional governors and their forces. It was believed for years that the only goal of the U.S policy was to reduce poppy cultivation. But it should be noted that with the U.S. support, the Islamic Republic of Afghanistan developed a comprehensive National Drug Control Strategy that includes institutional capacity-building, law enforcement and interdiction, demand reduction and treatment, criminal justice reform, public education, etc.

The United States spent about USD 8 billion on its counternarcotics policy in Afghanistan. Critics suppose that the United States did not use its resources purposefully and it would have been better if it had used these resources for fighting the Taliban. It should be noted that the Taliban insurgency and opium trade are closely related. Poppy cultivation and insurgent violence were correlated geographically and opium provided the Taliban with a significant portion of its revenues.