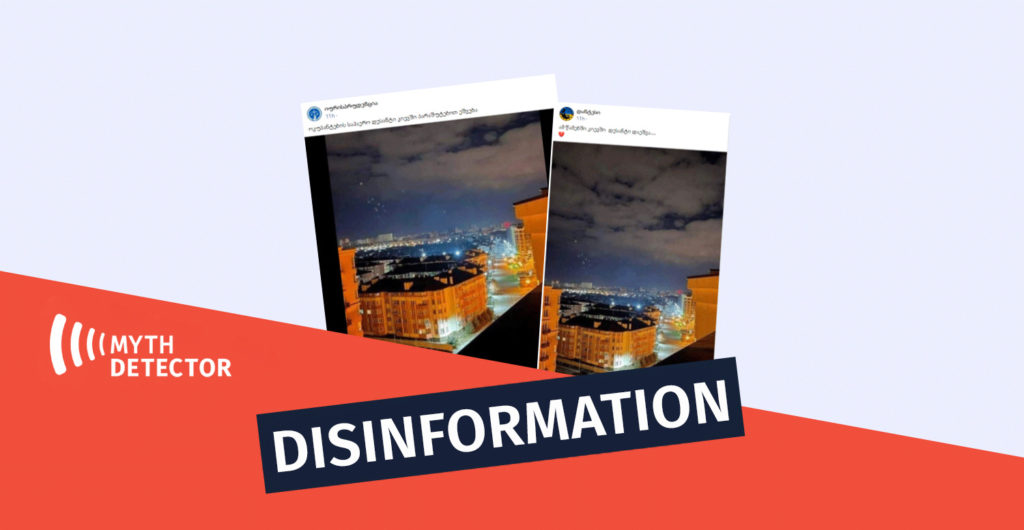 On February 27th, information about the deployment of a Russian air landing party in Kyiv has been circulating on social media. The following Facebook pages: “Dantes,” “Jurisprudence” and media outlets – “News Agency – DailyInfo.Ge,” “TIA.GE,” and “Rustavi 2” have been claiming that the occupier’s air landing parties have infiltrated Kyiv through parachutes. 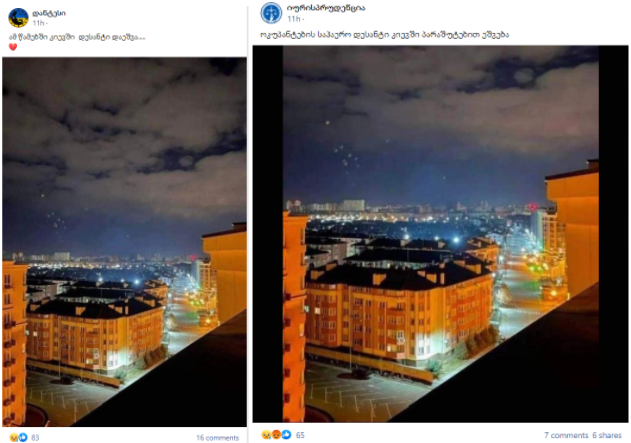 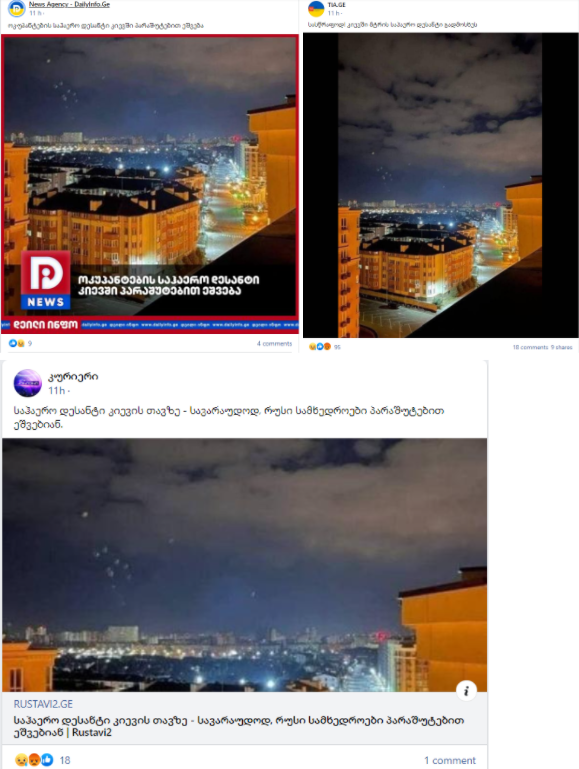 The information about the alleged deployment of a Russian landing party in Kyiv is false. Adviser to the Minister of Internal Affairs of Ukraine Anton Herashchenko labelled the disseminated information as fake.

On the night of February 27th, Ukrainian and Russian telegram channels reported that a Russian air landing party was flying over Sofievskaya Borshagovka near Kyiv. A few minutes later, the same telegram channel (Украина Online Новости Война) wrote that the information about the landing was not verified and according to one of the versions, the photo showed traces left by the Ukrainian air defence. 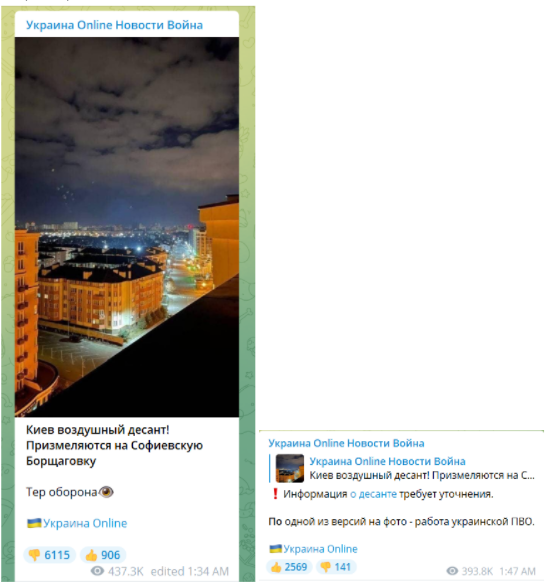 Anton Herashchenko, the adviser to the Minister of Internal Affairs of Ukraine, immediately responded to the disseminated photo and information on his Telegram channel (Pravda Gerashchenko) calling it a lie:

Anton Herashchenko, the adviser to the Minister of Internal Affairs of Ukraine: “In short, the information about the deployment of a Russian landing party in Sofievskaya Borshagovka is fake, and very cheap and poorly painted as such.” 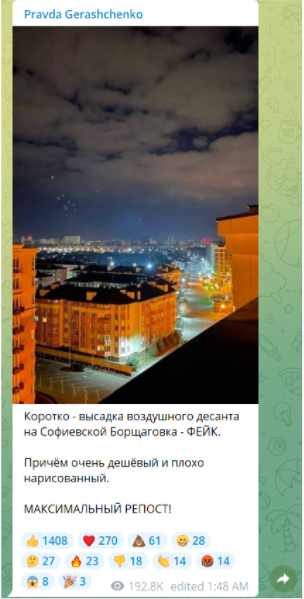 Within minutes, a statement of the Ukrainian politician, Evgeniy Karas, appeared on the Telegram channel УНИАН – новости Украины, clarifying that the silhouettes in the sky were traces of anti-aircraft guns.