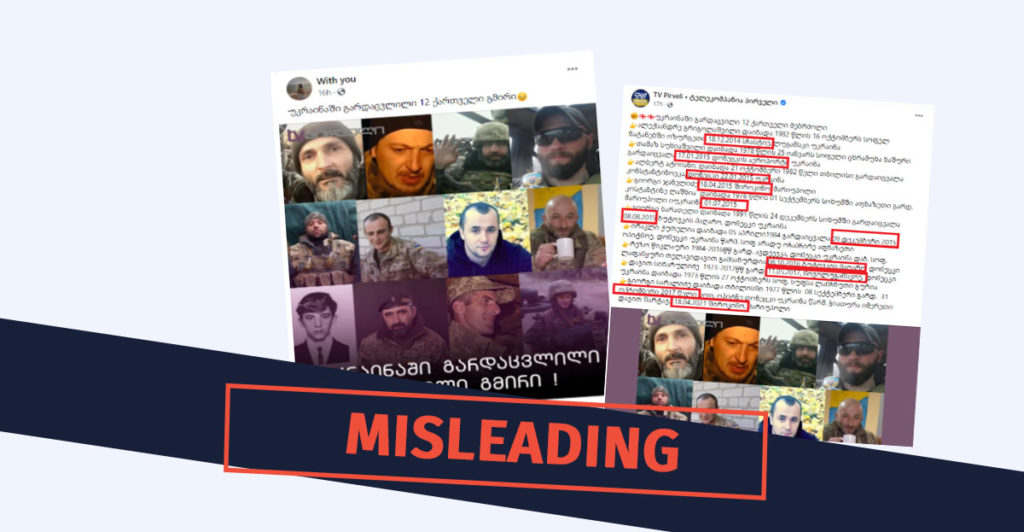 On February 24th, 2022, the Facebook page “With You” published a photo collage of “TV Pirveli,” containing pictures of Georgian soldiers killed in Ukraine. The post’s description states that the picture shows 12 Georgian soldiers who died in Ukraine, although no additional information about the soldiers and their deaths is provided. As of February 25th, the post has been shared by more than 1,800 Facebook users. 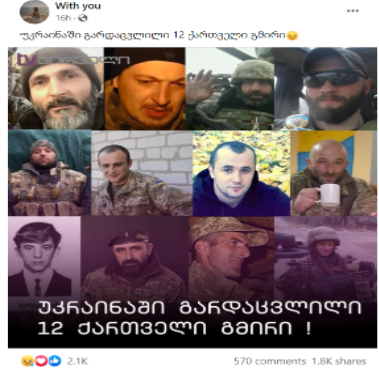 The collage published by “With You”  lacks context. The post creates the impression that 12 Georgian soldiers were killed in the 2022 Russia-Ukraine war. In fact, the photo of “TV Pirveli’ shows Georgian fighters who died at different times in the period 2014-2021.

TV Pirveli published a Facebook post about Georgian fighters killed in Ukraine at various times was on February 24th. The Georgian soldiers listed in the post died at different times in the occupied regions of Ukraine or the surrounding area. 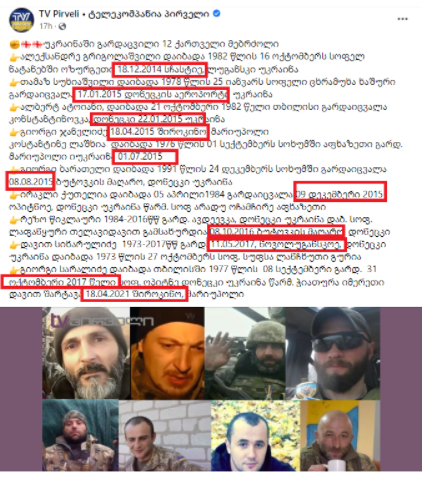 Mamuka Mamulashvili, the commander of the Georgian Legion, also published the post on his Facebook page on February 24th with the following description: “Everyone is alive, long live Georgia. Glory to Ukraine!” 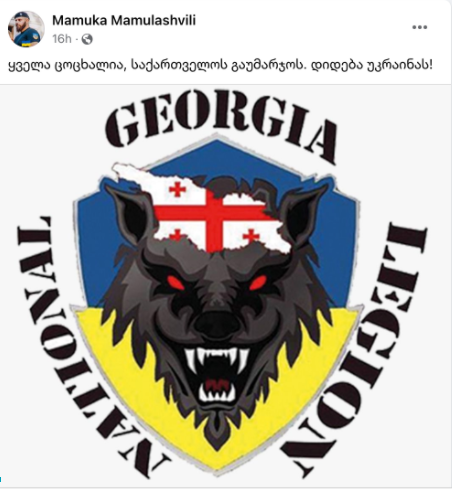