Information About Pfizer’s Vaccination Being Stopped is Fake 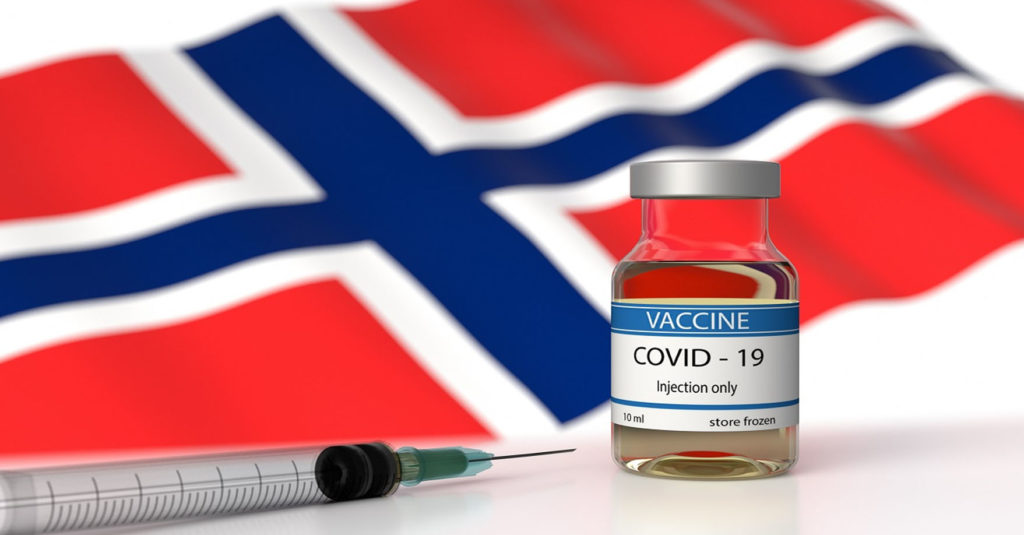 On January 26, a Facebook user Gocha Chumashvili shared a screenshot of an article by an online edition geomediapress.ge, which claimed that the vaccination using an American pharmaceutical company Pfizer’s vaccine was stopped. The reason was claimed to be the death of up to 400 people in Norway after the vaccination. 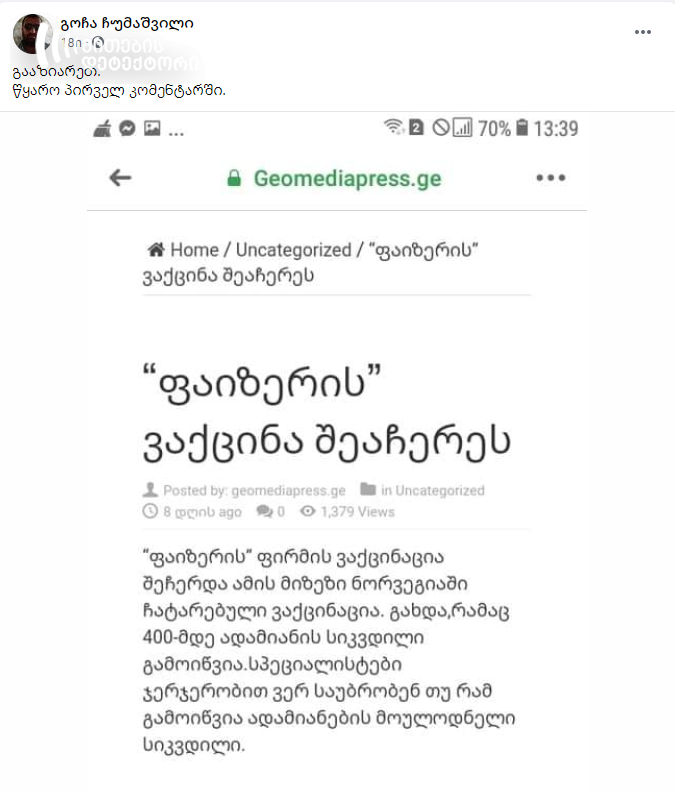 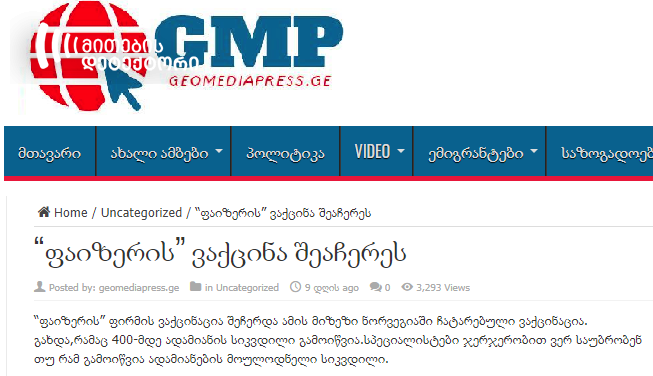 As of January 27, 13:00, Chumashvili’s post had 134 shares, while the link of geomediapress.ge was shared in two public Facebook groups: რუსთავი 21 ?️ RUSTAVI 21 and ქართველთა მსოფლიო ცენტრი Georgians World Center Всемирный центр грузин Gürc.  The article was published on a Facebook profile created in the name of the edition on January 22.

The claim that Pfizer’s vaccinations were stopped after the deaths of patients is not true. At this stage, neither Norway, nor Pfizer has made such a decision. The claim that 400 patients died after being vaccinated in Norway is also false.

The information about Pfizer’s vaccinations being stopped was published on geomediapress.ge on January 18. The probable primary source of the disinformation is a video, disseminated by an English-speaking Facebook user on January 17, claiming that production of the vaccine was halted in Pfizer’s factories after the deaths in Norway. The given information has been checked by the Reuters. According to the edition, Pfizer indeed announced a certain delay in its Belgian factories on January 15. However, the production and supply of the vaccine was restored on January 25, with the company even planning to increase the supply in February. Pfizer’s vaccine is produced and supplied throughout the world like usual. Pfizer also joined COVAX platform on January 22 and aims to distribute 40 million doses of the vaccine in developing countries through the given platform.

According to the information published on the website of the Norwegian Institute of Public Health, the vaccination process is in progress without delays in the country and the total number of first and second vaccines administered in the country equaled 78,100 as of January 25. On January 14, 23 deaths were recorded in care homes in Norway after the vaccination, with the number rising to 33 later. The Norwegian Institute of Public Health started to study the deaths, but the investigation did not find any direct ties between the vaccination and the deaths. The deceased included people with serious underlying diseases, while the average weekly number of deaths in the care homes in Norway is 300-400.

Therefore, Norway continues the vaccination in accordance with the existing protocol. According to the data from the website of the Norwegian Institute of Public Health, there were only 104 cases of predictable side effects among more than 70,000 vaccinated people as of January 21. Official sources have no mention of 400 deaths after the vaccination.

Read about the deaths of the residents of care homes after the vaccination in more detail in an article by Myth Detector:

Link to the archive: https://archive.is/s6dq7