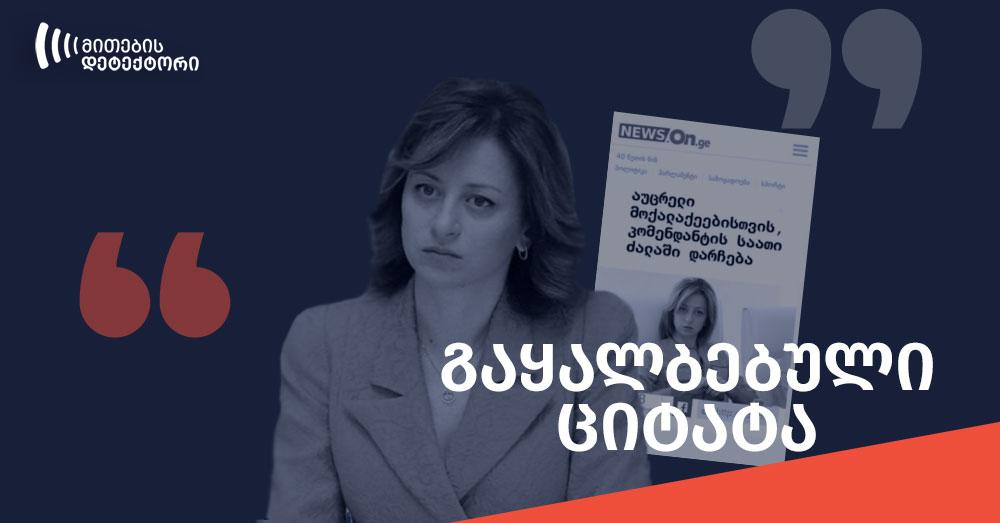 On March 30, a Facebook user Lob Pony published a screenshot, allegedly from On.ge. It showed a photo of the Minister of Health, Ekaterine Tikaradze, and a quote. According to the screen, Tikaradze stated that the curfew would stay in force for non-vaccinated people. 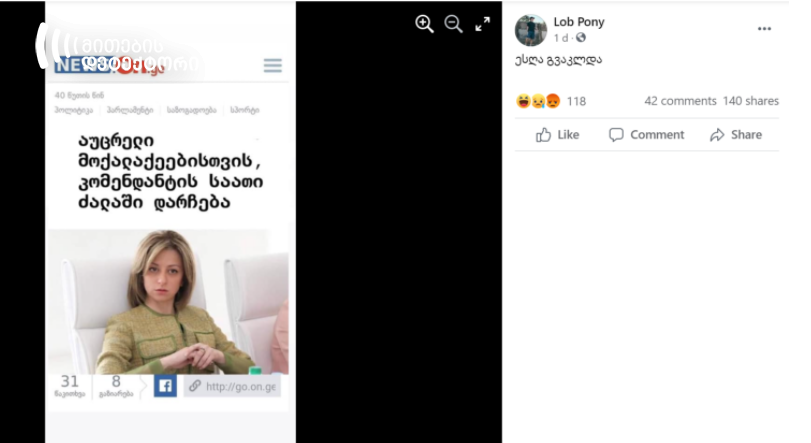 The widespread screenshot is fake, as On.ge has not published such a news article. Ekaterine Tikaradze has not made the statement about the curfew staying in force for the non-vaccinated. Screenshots that resemble On.ge headlines have often been used to fake various people’s statements.

Such statement by Ekaterine Tikaradze cannot be found on the website of the online-edition On.ge.

The Minister’s alleged statement about the curfew staying in force for the non-vaccinated people could not be found neither on On.ge, nor on any other news agency.

Text color on the widespread screenshot is also visually different from the original website. 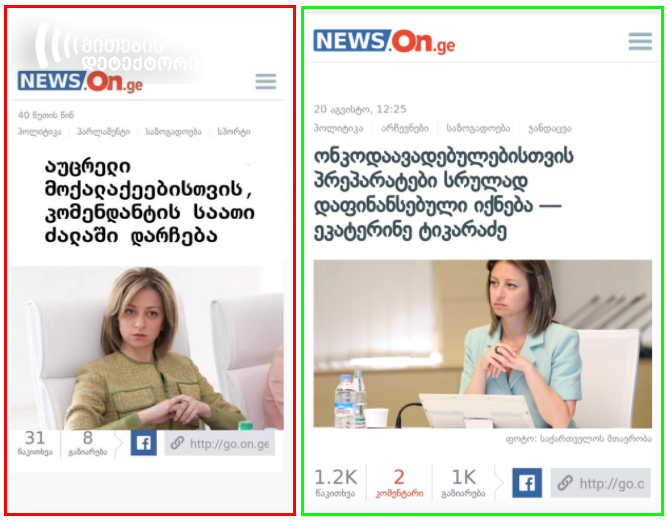 Tikaradze indeed stated on March 26 that there were no plans to abolish the curfew, as “we did not have a luxury to do so”, but she did not say that the curfew would stay in force only for the non-vaccinated people.

It is also noteworthy that other fake quotes by Baia Pataraia, Tea Tsulukiani, Ekaterine Tikaradze, Lado Kakhadze have also been shared earlier using a screenshot that resembles a news headline by On.ge. On all the widespread fake screenshots, the number of reads and shares (31 and 8, respectively), as well as the time of publishing the post (40 minutes ago) are identical.

Such fake screenshots are mainly published for satirical reasons, but without a due disclaimer, social media users often mistake satirical posts as real facts.

Myth Detector has fact-checked satirical posts, published in the form of fake screenshots of media outlets, on numerous occasions: