Inashvili against the Term “Occupation” 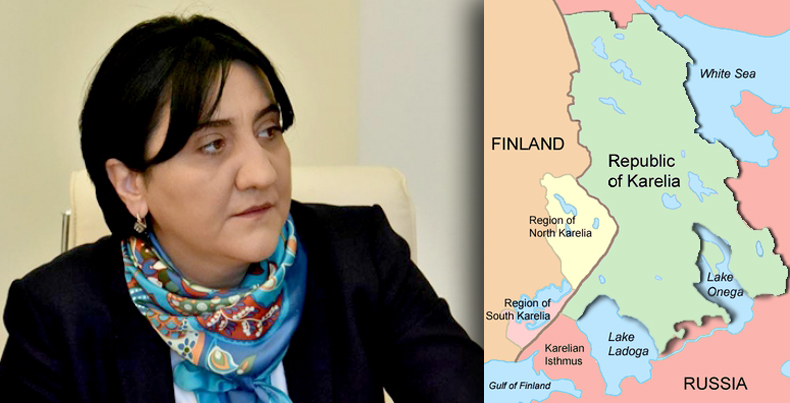 In the interview with Obieqtivi TV on July 12, Irma Inashvili, leader of the Alliance of Patriots party, compared the situation in Finland with Georgia, in respect of Russia, and spoke about Finland’s strategy that, in her opinion, will ensure peace and stability in the country. Irma Inashvili focused on several factors: 1. The Finnish government is not raising the issue of occupation, because it will complicate relations with Russia; 2. Labeling political parties as pro-Russian or pro-Western is prohibited; 3. Russophobic statements are also prohibited.

The comparison by Irma Inashvili of Finland’s historical experience with Georgia’s present reality is irrelevant, because Finland was forced to cede Karelia and carry out mass evacuation of the Finnish people leaving there. Unlike Finland, Georgia does not intend to cede its occupied territories to Russia.

As a result of the 1939-1940 war, Finland was forced to cede Karelia and carry out mass evacuation of the Finnish people leaving there. Unlike Finland, the Georgian government has not ceded its occupied territories to Russia and the latter’s troops are still deployed there illegally.

Following the invasion, defeat, and partitioning of Poland by Germany and the Soviets in 1939, the Soviet Union sought to push its border with Finland on the Karelian Isthmus westward. On November 30, 1939, the Soviet Union launched an attack, beginning the Russo-Finnish War. Soviet troops attacked Finland on several fronts, but the heavily outnumbered Finns put up a skillful and effective defense and the Red Army made little progress. In February 1940, however, the Soviets used massive artillery bombardments to breach the Finns’ southern defensive barrier stretching across the Karelian Isthmus. Eventually, the Finns were forced to meet the Soviet Union’s demands and on March 12, 1940, they signed the Treaty of Moscow, agreeing to the cession of western Karelia (a total of about 40,000 sq./km). The total population of the territory ceded by Finland – 420 000 people – were relocated to the rest of Finland.

Presently, the Finnish government is not raising the issue of Karelia’s return. According to the Finnish Foreign Ministry, the fact that there are no Finns left in Karelia is one of the reasons why Helsinki has not officially raised the possibility of Karelia being returned. A Finnish Foreign Ministry official said in the interview with Radio Liberty in 2003 that the Finns were not keen to get those territories back, because the population there had been total foreigners to them. The government official also noted that the return of Karelia “is not an issue” for the Finnish-Russian relations.

It is worth noting that according to the public opinion poll conducted in 2005, less than one third of respondents supported the return of Karelia and 62% had strong aversion to the idea, saying that rebuilding Karelia’s economy and infrastructure would be too expensive.

Moreover, despite open dialogue with Russia, Finland’s entire military potential since the end of the Cold War has been developed and profiled to conduct a defense operation in case of a Russian attack. In addition, following Russia’s annexation of Crimea, Finland had always been in favor of political sanctions against Russia, regardless of what negative effects it might have on Finnish economy. 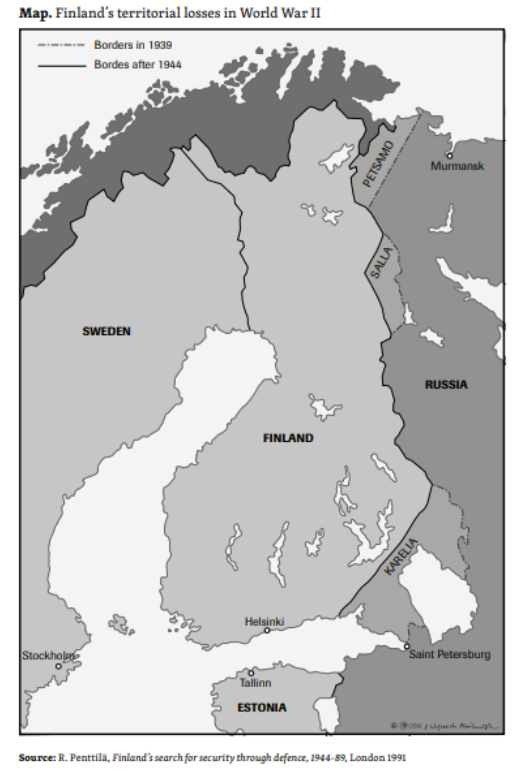 According to Irma Inashvili, imposing a ban on Russophobic statements as well as on labeling political parties is a reasonable action through which Finland creates a peaceful environment. In reality, there is no separate law in Finland banning Russophobic statements or regulating the issue of assessing foreign political orientation of parties. The law bans the defamation and threats against individuals on various grounds (gender, origin, skin color, nationality, etc.) as well as the calls for violence.