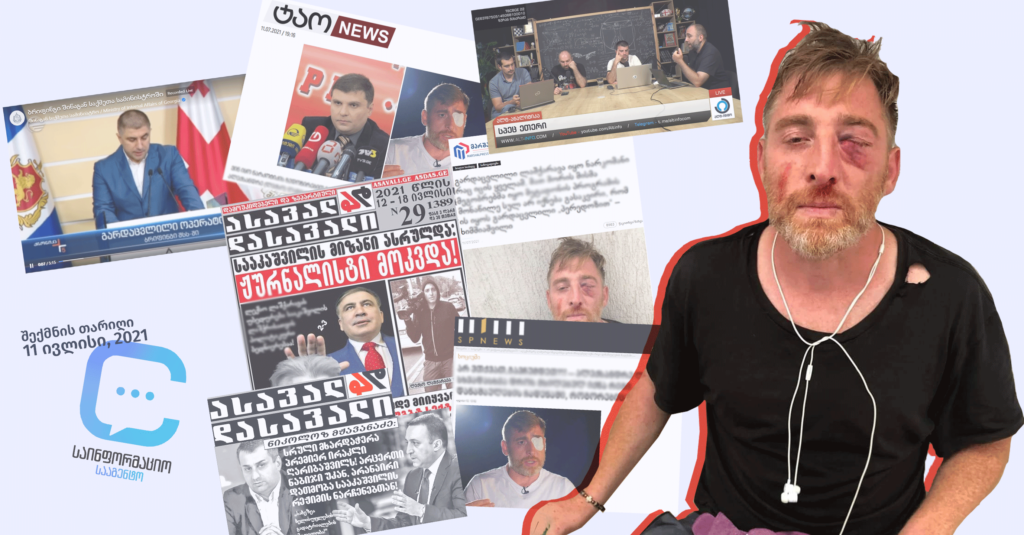 On July 5th, violent groups marching against the planned Tbilisi Pride forcefully intruded into the office of “Shame movement” and assaulted several journalists. During the incident, Aleksandre Lashkarava – the cameraman of “TV Pirveli,” received severe injuries. Six days after, Lashkarava was found dead in his apartment. During the 17:15 emergency briefing on July 11th, the Ministry of Internal Affairs of Georgia has listed the potential reasons causing the unexpected death of the journalist. Among other factors, the MIA of Georgia has also hinted at narcotics overdose. Later that day, the second MIA briefing emphasized the non-sobriety of the deceased cameraman.

Hours before the statement of MIA, the death of Lashkarava was connected with opioid overdose by various actors, including the members of the same violent groups. The sentiments were voiced by governmental media outlets (Marshalpress), Facebook accounts posing as informational platforms (one of which (Informative Blog) was created on the day of Lashkarava’s death), individual supporters of the Government and other Facebook pages and accounts supporting the violent groups. (!!Important!!; Keti Vadachkoria)

After the MIA briefing, the hosts of the Levan Vasadze-tied channel “Alt-Info,” who have been actively engaged in organizing the violent counter-pride demonstration of July 5th, have been spreading conspiracy theories regarding the death of Lashkarava. These messages were portraying the West and liberals as the potential culprits behind the death.

In addition, Lashkarava’s personal information has been spread on social media. According to the statement of the State Inspector’s Service, persons that were actively spreading personal information regarding Lashkarava’s death should not have had access to the state-owned databases containing specific details about the criminal and administrative cases. The statement also mentions that the Inspector’s Service has started an investigation to trace the potential ways of the information leak.

Myth Detector has revealed the main actors and message aimed at shaping the public opinion about the sudden death of Aleksandre Lashkarava. The study has identified the following messages:

Before the MIA, “Marshalpress” was spreading information about the narcotics overdose

Hours before the briefing of MIA, Ioseb Khimshiashvili – a member of “Unity Hall,” has published a post where he talked about the past criminal charges of the cameraman and portrayed him as a drug addict. The post also stressed that the death of Lashakrava could have been efficiently utilized by the LGBT-loving media, oppositional parties and non-governmental organizations. The post of Khimshiashvili was shared by the governmental media outlet “Marshalpress” at 15:58, hours before the briefing. 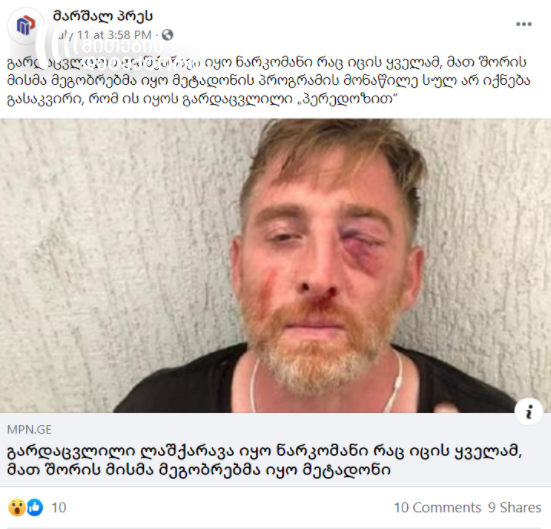 Who has published personal information about Lashkarava?

The supporter of the Georgian Dream Party – Nino Kinkladze-Tchigitashvili –  has shared personal information about Lashkarava. 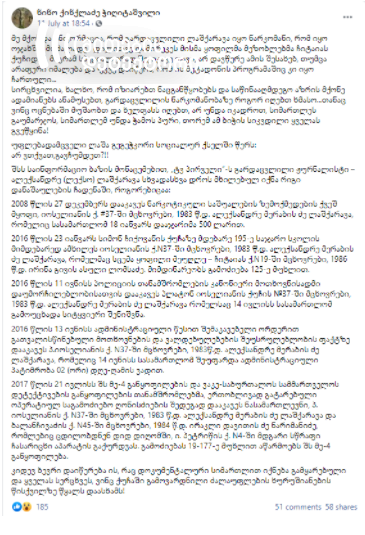 Multiple users have later shared her post into different groups, including the Facebook page “Informational Agency,” which was created on July 11th, the day of Lashkarava’s death. The very first post displayed on the page was sponsored. As of July 12th, the page which labelled itself as a media outlet no longer contains any public posts. 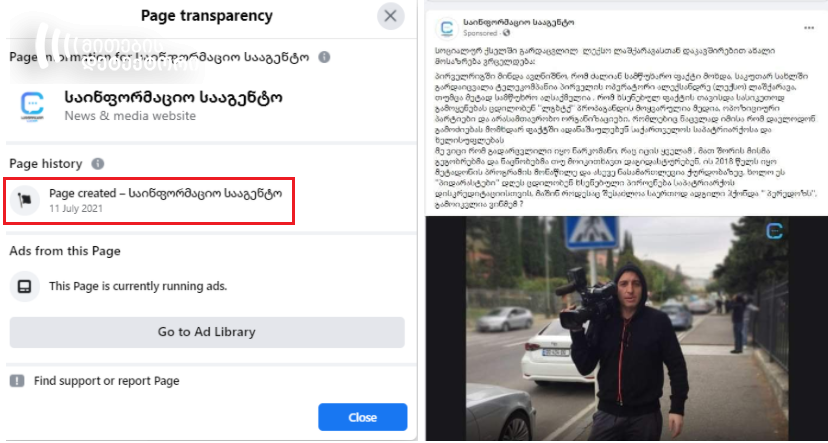 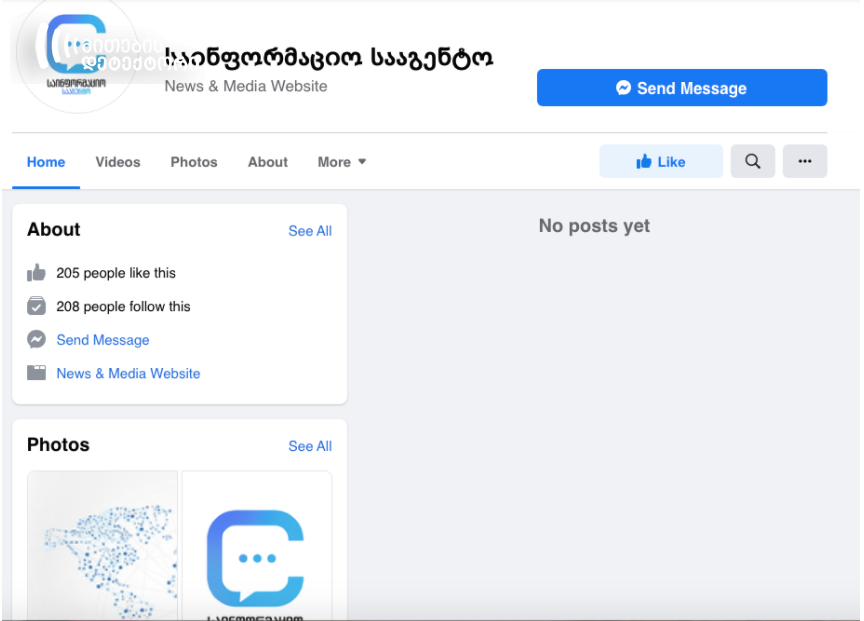 The conspiracies voiced by the TV hosts of Alt-Info

During the one-hour-long special broadcast, the TV hosts at Alt-Info have been spreading several suppositions regarding the death of the “TV Pirveli” journalist. One of the messages claimed that various forces were attempting to utilize the death of Lashkarava to pursue their revolutionary plans. The hosts have also discussed the comments made by the TV Mtavari director – Nika Gvaramia and developed a conspiracy as if Lashkarava was a sacrifice made by liberals and the West.

After the death of Lashkarava, a member of the violent group – Dato Kutaladze made a live stream, where he stressed his innocence and tried to shift the blame to the NGOs and journalists. Kutaladze was arrested by the MIA on July 12th for attacking Lekso Lashkarava. Post that blamed the death of the cameraman to the NGOs and journalists appeared on other Facebook pages as well. 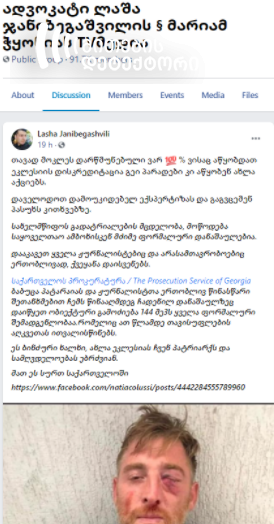 The death of Lashkarava was conspired by the United National Movement

Irakli Gharibashvili – The Prime Minister of Georgia, has held the UNM accountable for the violent events of July 5th. According to the PM, the provocation was initiated by the Saakashvili-linked radical groups. The death of Lashakrava was portrayed as the UNM’s primary goal by “Asaval-Dasavali,” which used the following title for their printed publication: “The aim of Saakashvili has been fulfilled: The journalist is dead!” 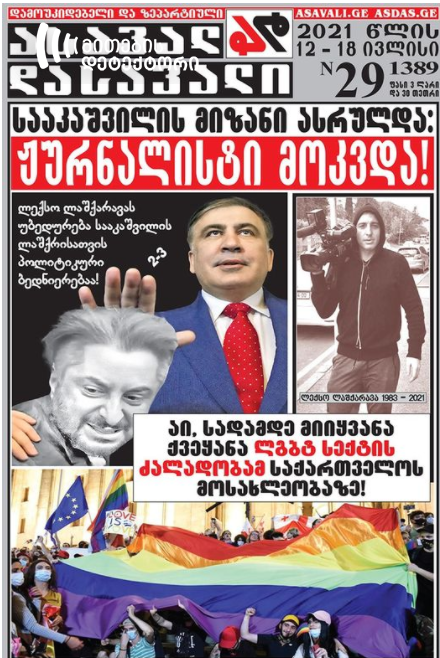 In addition to revealing the personal information of Lashkarava, the Facebook page “!!Important!!” has been creating a narrative about the existing ‘floydization’ attempts of Lashkarava. The post stresses that the current events are being used for revolutionary purposes.

On July 5th, violent groups used physical violence against up to 50 journalists and broke into the offices of “Tbilisi Pride” and “Sirtskhvilia.” The violent counter-demonstration was preceded by a one-month long campaign in which the clergy, pro-Kremlin media, anti-Western issues and other actors were involved.

The instances of violence against journalists were addressed by the Committee to Protect Journalists (CPJ), The Global Network for Press Freedom (IPI) and Reporters without Borders (RWB).