In front of the Royal Palace in Madrid or At the Rustavi Prison to Support the Ex-President Saakashvili? 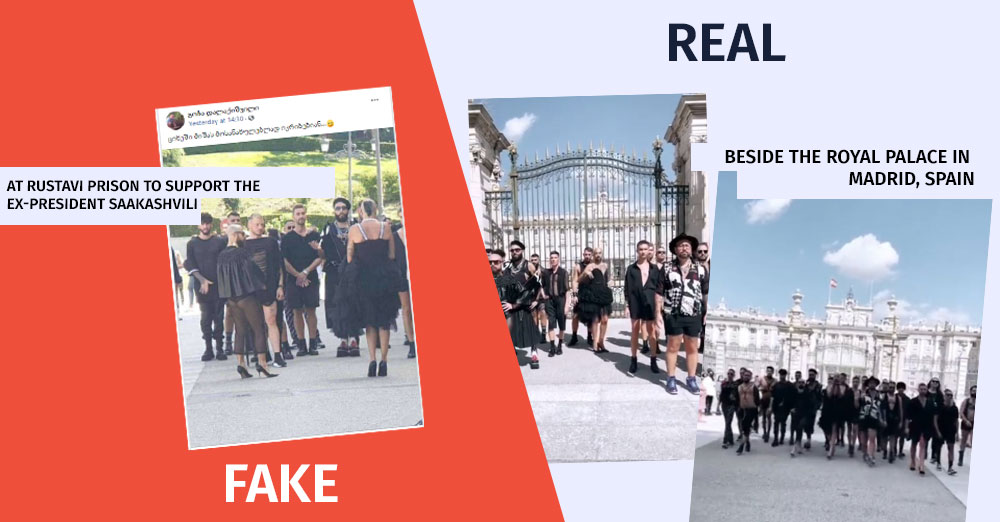 On October 4th, in a public group “Mokalake” [Citizen], the Facebook user Gocha Dalakishvili published a picture depicting several men wearing women’s black-themed attire. The author of the post claimed that these people are gathered in front of the prison to visit the former president of Georgia, Mikheil Saakashvili. In the comments to the post, some Facebook users perceived it as a joke. In contrast, others were convinced that the photo was indeed taken in Georgia and that these people are supporters of Mikheil Saakashvili. 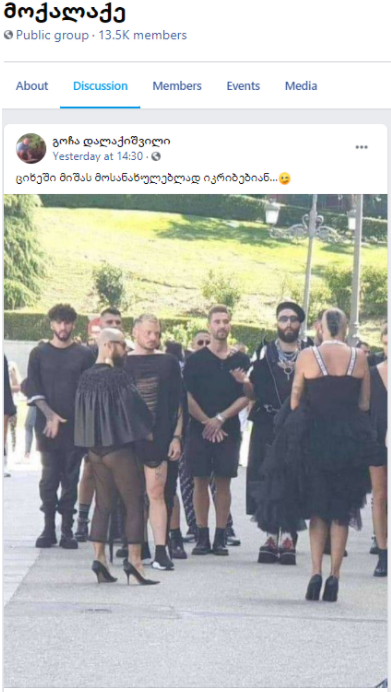 The picture is being disseminated using a false description since the image depicting men wearing women’s attire was taken near the royal palace in Spain. Therefore, the claim that these people were gathered in front of a prison in support of Saakashvili is false.

This photo went viral on social networks in September-October 2021. Twitter users have shared the photo with various humorous descriptions, and a user called ran⁷ even shared a video depicting the same people in the comment section of one of the posts. A video verification revealed that the gathering took place in front of the Spanish Royal Palace in Madrid. 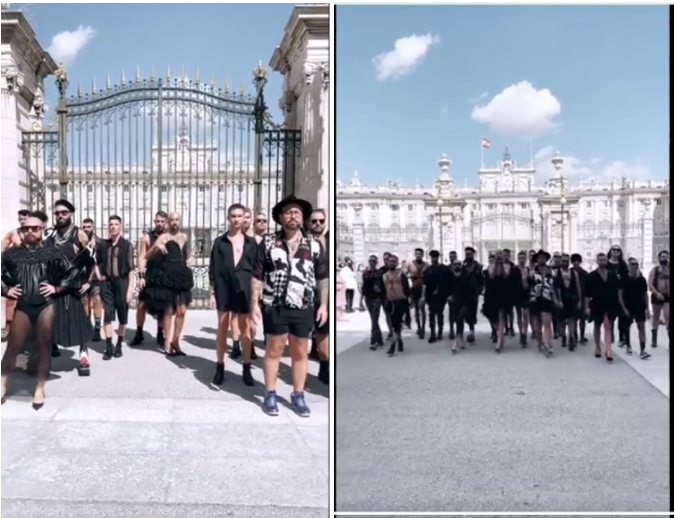 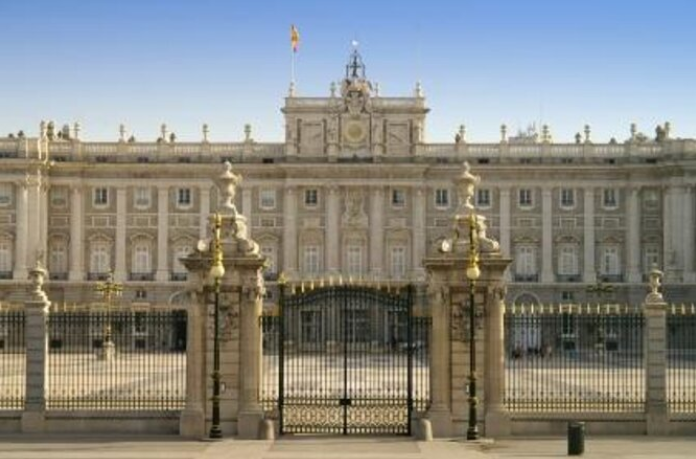