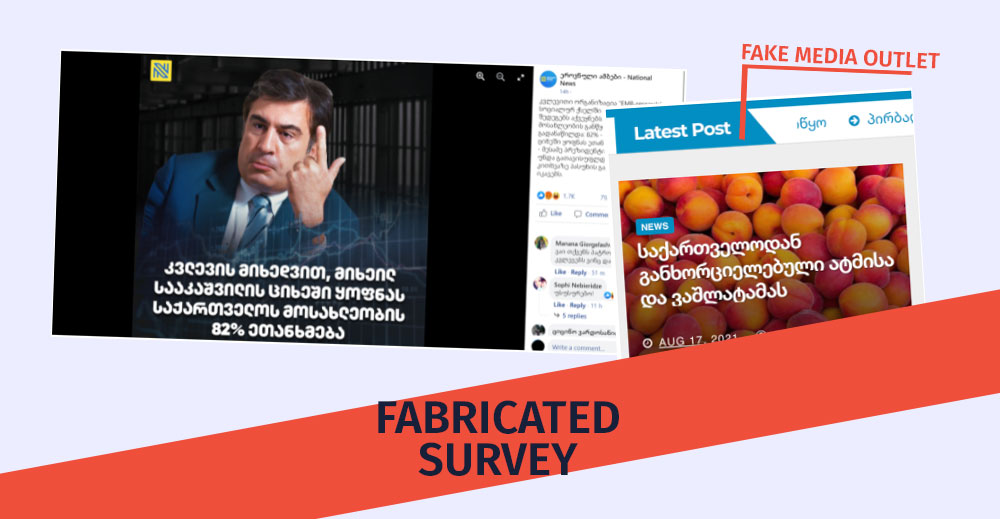 On November 9th, a Facebook page “National News” positioning as a media outlet published the results of an alleged survey conducted by a research organization “EMB-research” on the public support of Mikheil Saakashvili. The survey results claimed that 82% of the Georgian population is in terms with the imprisonment of Saakashvili, 15% demands his immediate release, while 3% abstains from giving an answer.

The survey disseminated by “National News” is fabricated. No similar survey can be found in any open-source; hence the claim that 82% of the Georgian population is in terms with the imprisonment of Saakashvili is false.

No similar survey can be found in any open source, while “EMB research” never carried out such a survey, as it is a Philippines-based organization aimed at protecting the environment. The organization ensures the management of air, water and toxic and hazardous chemicals and the introduction of an environmental impact assessment system. Consequently, EMB research does not conduct surveys to assess the political attitudes of the population.

The Facebook page “National News“  was created on August 16th, 2021. The page positions itself as a media outlet and indicates webpage nationalnews.ge in the “about us” section.

The latest article on the webpage is posted on the second day of its creation, August 17, 2021, and at first glance, tackles the issues of peach and nectarine exports. However, after opening the link, it becomes clear that the material only includes the image depicting nectarines and the title. This further supports the argument that “National News”, positioning as a news page, is trying to adapt to the transparency standards of Facebook and uses the simulation of the news portal URL for this purpose, where in fact, information is neither updated nor prepared and disseminated regularly. 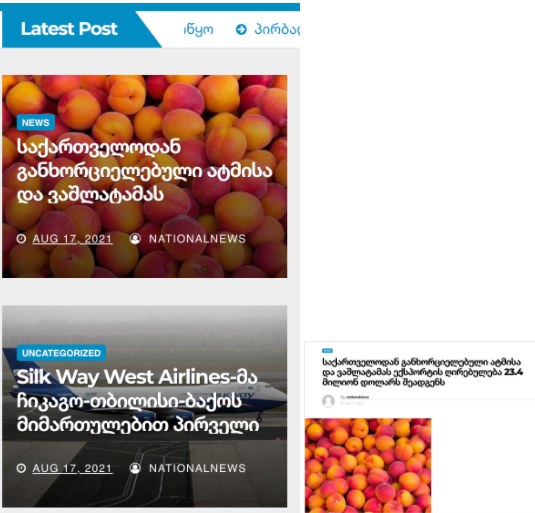 The Facebook page has sponsored a number of posts, including the ones about political opponents of the ruling party and the activities of the government, as well as about Liberty Bank. “National News” also sponsored the above-mentioned post regarding the alleged survey conducted by EMB research. As of November 10, the page has paid up to 100 USD to promote the post, potentially reaching over 1 million Facebook users. 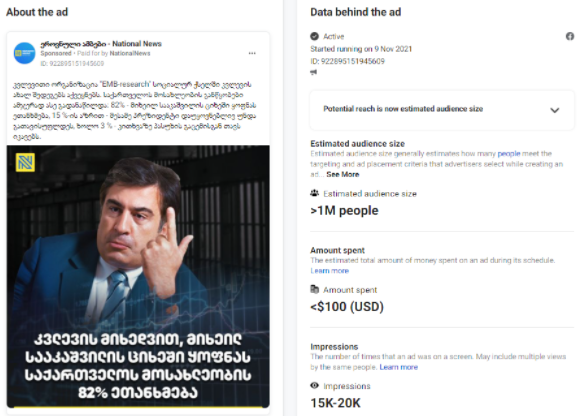 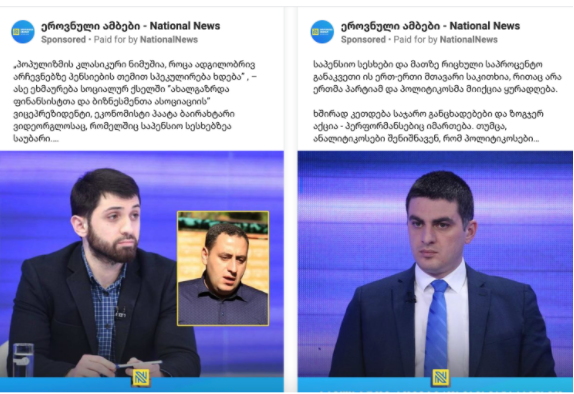 Similar disinformation was published by the Facebook page on October 28th as well. The post claimed that according to the survey carried out by “Human Research,” 87% of Giorgi Gakharia’s supporters were going to vote for the Georgian Dream in the second round of the local self-government elections. Again, no similar survey was found in any open-source. 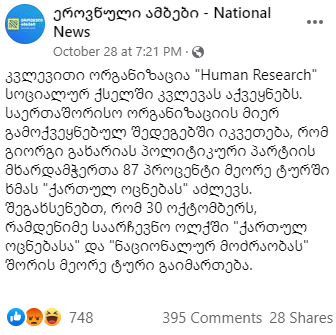 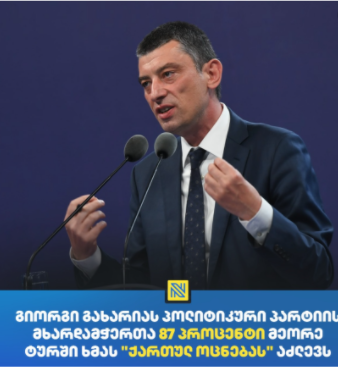