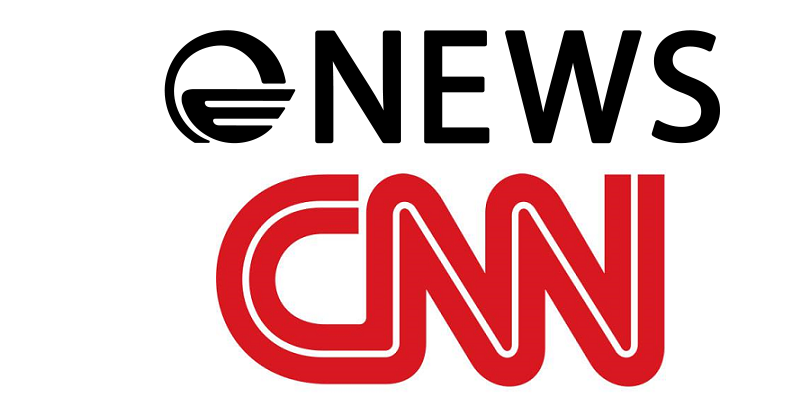 On September 29, an article titled “Up to 20 Kindergrardens in Sweden Abolish the Term ‘Sex’” was published on the news website of TV Imedi. Imedi indicates CNN as the source. Imedinews.ge’s publication is manipulative, as Georgian editions translated the CNN article imprecisely and incompletely.

The following errors have been found in Imedi’s article after verification:

The title of CNN article is “These schools want to wipe away gender stereotypes from an early age”, whereas the Imedi article is titled “Up to 20 Pre-Schools in Sweden Abolish the Term ‘Sex’.” The title of Imedi article is interpreted subjectively, does not reflect the content of the article and creates a negative predetermination in a reader, whereas the CNN article has a negative title and reflects the content of the article objectively. 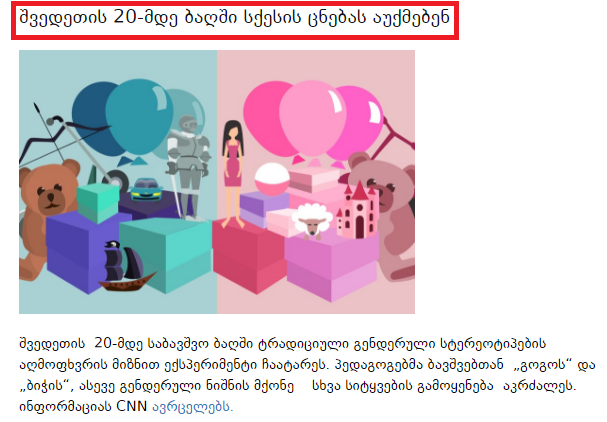 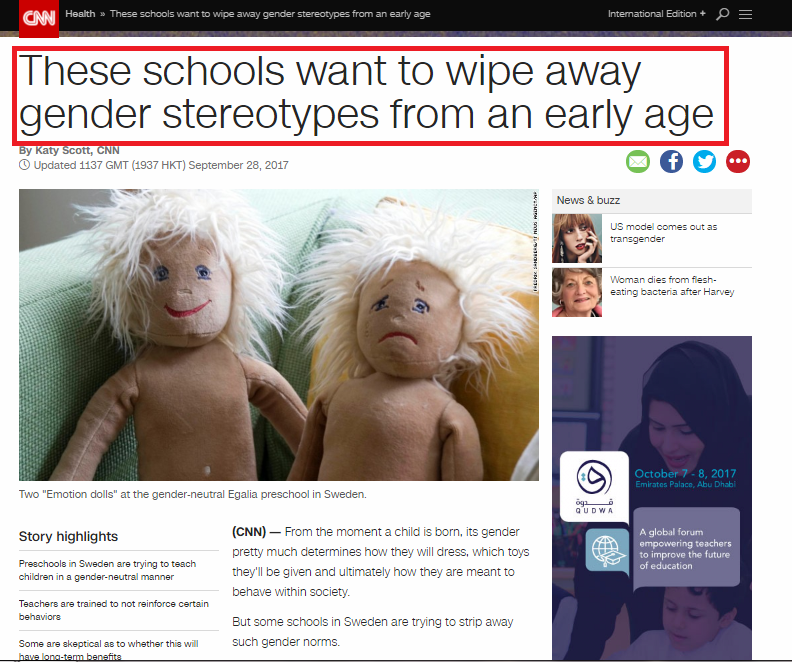 Imedi article underlines that up to 20 pre–schools are abolishing the term ‘sex’. The CNN article, on the other hand, only mentions two pre-schools – Nicolaigarden and Egalia, that use a gender-neutral method of teaching in order to develop the value of gender equality among children from the early age.

In order to view the issue in a broader sense, CNN has cited the opinions of those people as well, who support the gender-neutral teaching method, however, are not sure that it can affect the future behavior of children:

Even Kenward: “It’s an open question what happens to these children when they move into primary school. My guess is it [gender neutral pedagogy] could continue to influence their behavior potentially, not in a very strong way necessarily. But it may have some lasting effects.”