Imedinews, based on sputnik, labels NATO’s humanitarian intervention in Serbia an “aggression” 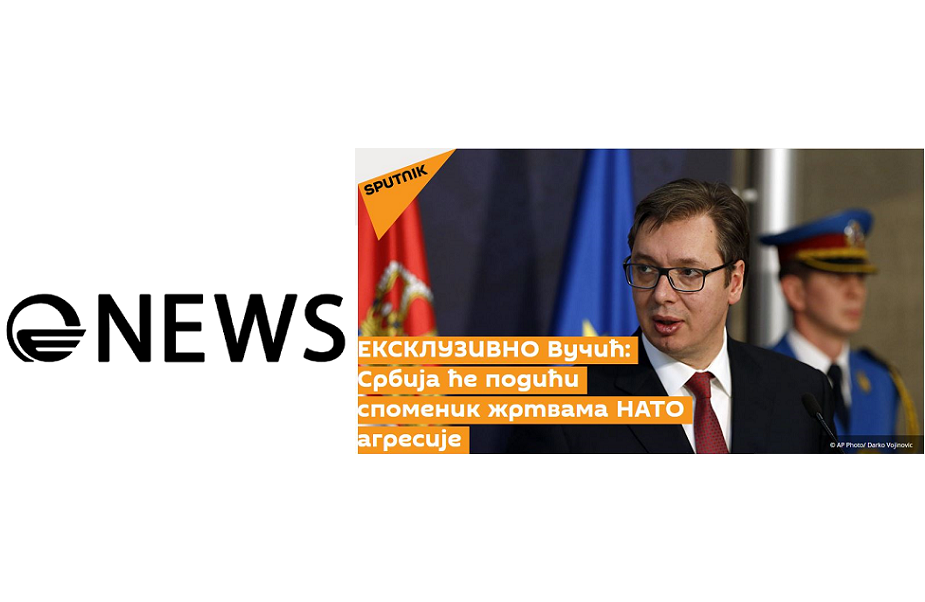 On April 11, 2017, the news webpage of TV Imedi (imedinews.ge) published an information piece called “Serbia Builds a Memorial for the Victims of NATO Aggression”. The given material is not objective and does not reflect the true situation regarding Kosovo, as both the title of the piece, as well as its content points to an ‘aggression’ and a military ‘attack’ on the former Yugoslavia, while the international society agrees that a humanitarian intervention took place in Kosovo and it has been hitherto considered as a special case or Sui Generis in international law.

Imedinews disseminated the given information based on an informational portal Sputnik Serbia. As Sputnik Serbia mentions in the article published on April 9, the construction of the common and universal memorial for “perpetuating the victims of the 1999 NATO aggression” is the initiative of Sputnik Serbia itself, which was praised by the Serbian PM and President-elect, Aleksandar Vučić, Serbian Patriarch, as well as various public figures. The multimedia platform Sputnik is a part of Россия Сегодня, which is owned and governed by the Government of Russia.