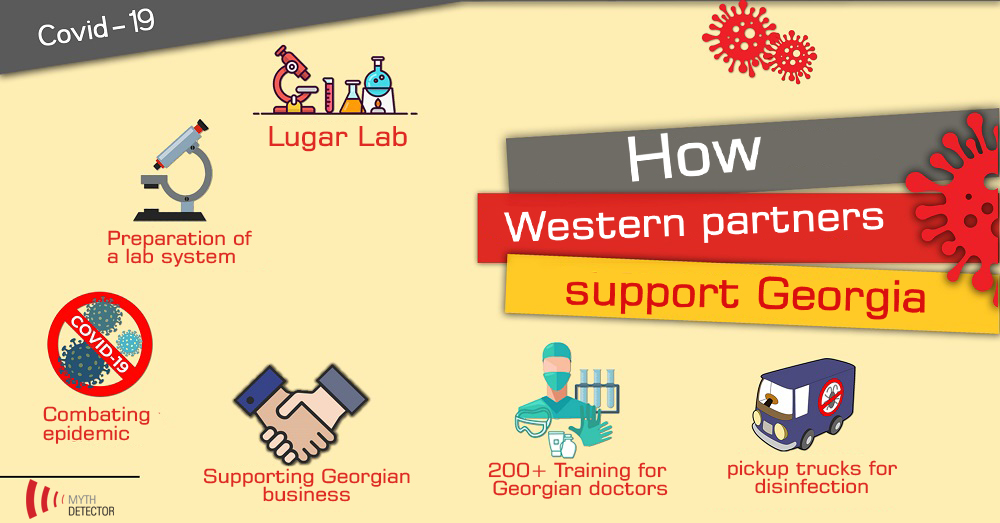 Amid the spread of the novel coronavirus in Georgia, the pro-Kremlin actors in the country are promoting the opinion that the West has abandoned Georgia during the pandemic and only China assists the country in tackling the virus.

In fact, the pro-Kremlin actors are referring to 1,000 diagnostic tests handed over by the Chinese government. The Georgian government was carrying out negotiations with the Chinese company Bioeasy Biotechnology on the supply of additional 200,000 diagnostic tests, but the contract was terminated after it emerged that Spain returned faulty test kits to China. It is also worth noting that a great part of rapid diagnostic tests ordered by the Czech Republic from China did not work property, while the Netherlands recalled 600,000 defective face masks imported from China.

Concerning the assistance provided by the Western countries to Georgia, in terms of both responding to COVID-19 and preventing biothreats, the data obtained by the Myth Detector through open sources look as follows: 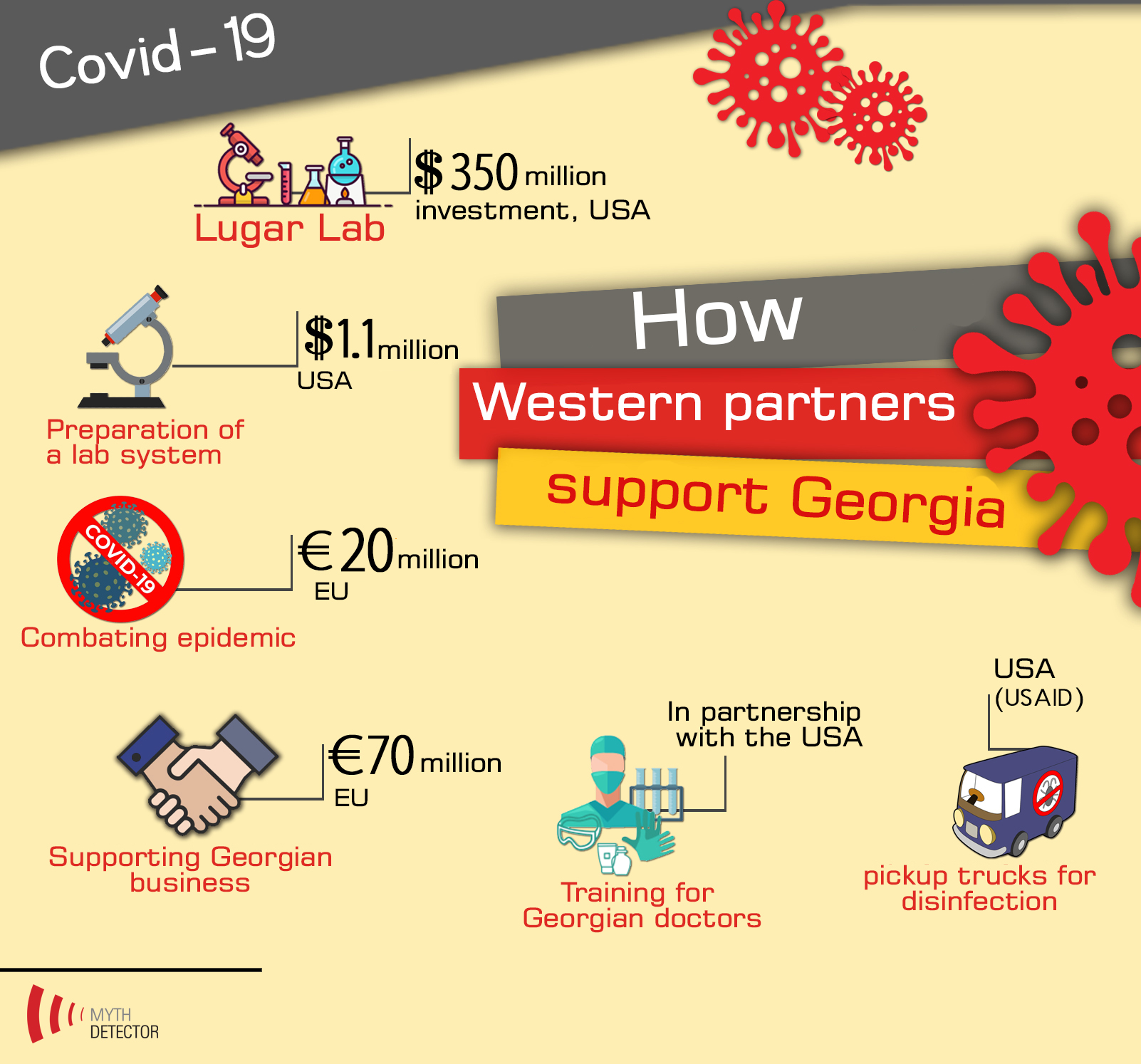 Who spreads anti-Western messages about COVID-19?

The messages as if the West has abandoned Georgia in its struggle against coronavirus and now the country pins its hopes only on China are being spread by the following groups: