How Were Documents about Lugar Lab Leaking from the Ministry of Health before the Cyberattack? 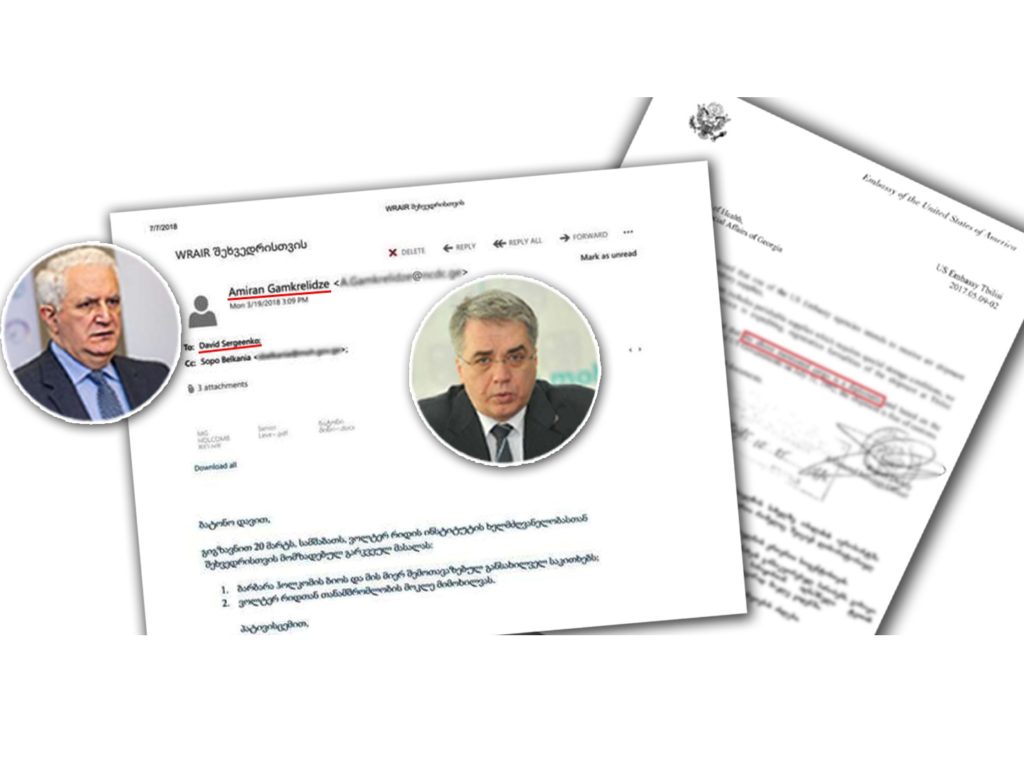 On September 3, the Ministry of Health made a statement that a cyberattack had been carried out on the computer system of the Ministry by foreign intelligence agents, resulting in medical documentation about Lugar Research Center being stolen and published on foreign webpages. Later, the Deputy Head of the National Center for Disease Control and Public Health, Paata Imnadze, suggestedthat the attack might have been carried out from Russia.

This is not the first cyberattack against the Lugar Lab. In 2018, documents were leaked from the Ministry of Health, while during the coronavirus pandemic, personal data of Georgian scientists were published.

In 2018, a Kremlin-associated Bulgarian journalist, Dilyana Gaytandzhieva , obtained email correspondence between Davit Sergeenko, the Minister of Health, and Amiran Gamkrelidze, the Head of the National Center for Disease Control and Public Health, as well as work-related letters between the U.S. Embassy in Georgia and the Ministry of Health. The journalist published an article together with the leaked documents on Zero Hedge and tried to showcase that the Lugar Lab was experimenting on people and trying to create a biological weapon.

In her article, dated September 2018, Gaytandzhieva was relying on simulated evidences that could not prove the accusations made against the Lugar Lab. The article included emails on issues such as Sergeenko’s meeting with Gilead representatives in Paris, information about attendees of an event, as well as a request for freeing lab material (pathogens) from customs supervision. The correspondence did not include anything unusual, therefore it could not have been real evidence that the Lugar Lab was doing anything illegal – it was simply creating a simulation of secretly obtained documents.

Apart from the email correspondence, Gaytandzhieva also published confidential work-related communication between the U.S. Embassy and the Ministry of Health – something that indicates that the infiltration goes beyond cyber space.

Myth Detector found the documents leaked in 2018 and Dilyana Gaytandzhieva ’s article in pro-Russian media and published an article about this fact on September 27. On the same day, Davit Sergeenko made a statement concerning the incident and noted that the correspondence had probably been obtained during a hacker attack and an investigation had been launched.

In their letter from January 2020, the Ministry of Internal Affairs informed us that the investigation had been launched on October 3, 2019 concerning the case for an unauthorized access to a computer system and publishing private correspondence, phone conversations, or otherwise revealing secret information. 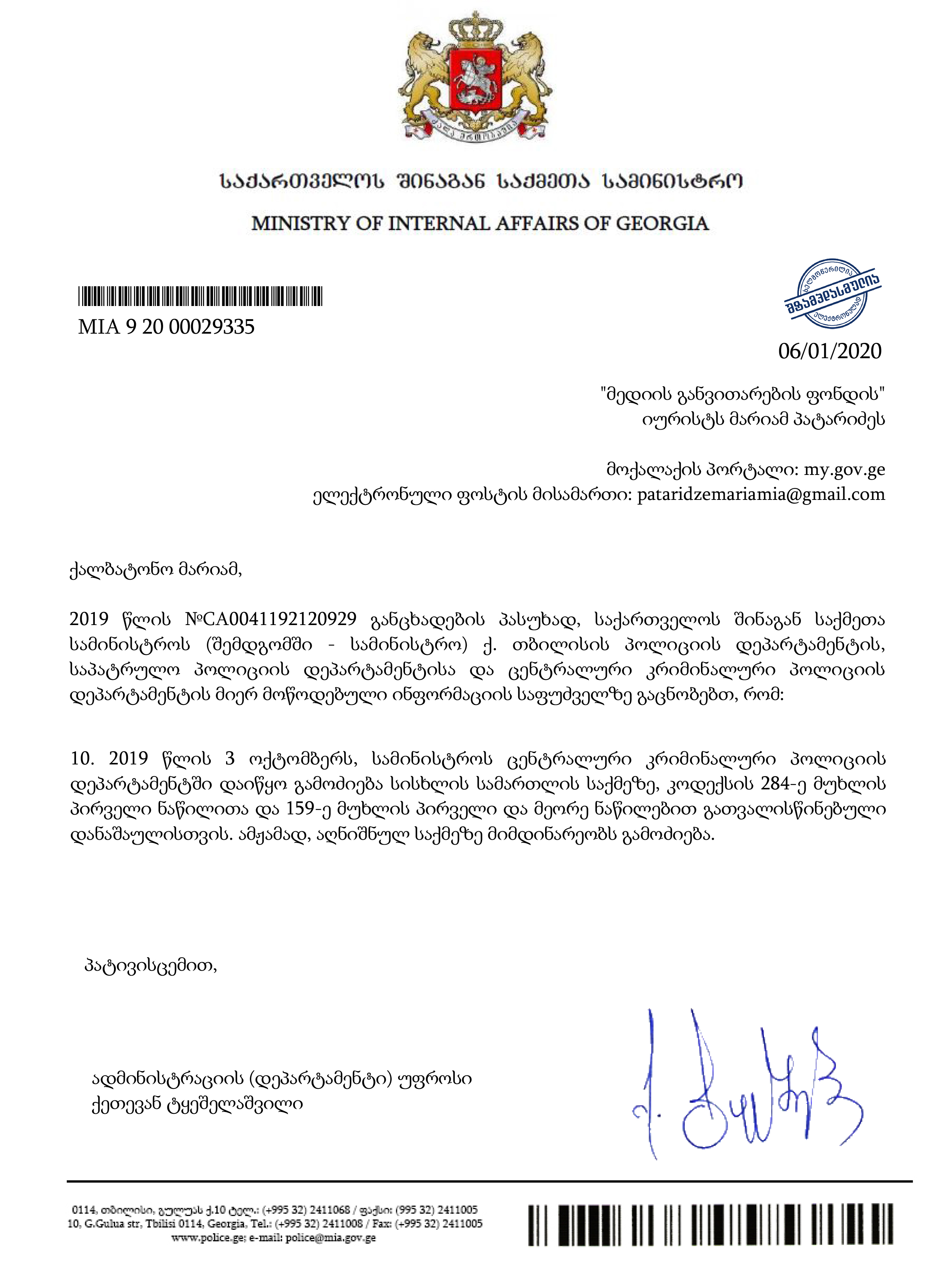 During the coronavirus pandemic, Dilyana Gaytandzhieva published the confidential documents containing personal data of Georgian scientists again. Another conspiracy article was published on Gaytandzhieva’s blog on May 20, 2020. It came with documents that were not available via open sources. It included scientists’ names, surnames, their contributions to a project, and honoraria – personal data that are not available publicly. 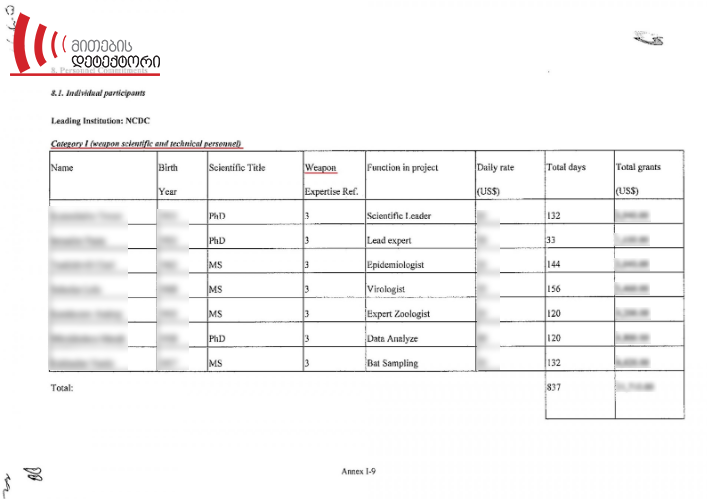 Read other publications written by Myth Detector on this issue:

She is a Bulgarian journalist who publishes materials on TV Zvezda, affiliated with the Russian Ministry of Defense, and on Al-Mayadeen TV, affiliated with Bashar al-Assad’s terrorist organization Hezbollah. She also published articles on Russia-affiliated South Front that has been sanctioned by Facebook.