How the Situation of Georgian Schools furthers the Distribution of Disinformation 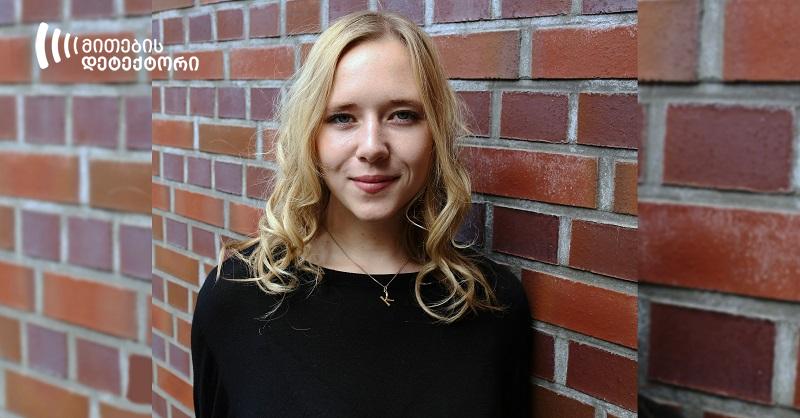 Disinformation is dangerous and potentially life-threatening as it is shown in the current pandemic. The spread of wrongful treatment methods resulted in multiple hospitalizations and deaths globally. Identifying information as unreliable becomes an important skill in consuming and interacting with media. Especially in countries with younger and less stable democracies such as Georgia, dis- and misinformation is used by a variety of actors to achieve and keep positions of power.

Even though media literacy is not taught in schools, over the last years several independent programs in Georgia have been established. For example The Georgian Charter of Journalistic Ethics cooperates with UNICEF on developing media literacy skills. In addition to this, the Georgian National Communications Commission (GNCC) partnered up with the Ministry of Education of Georgia to incorporate media literacy projects. Furthermore, IREX offers a media literacy training curriculum for educators in “formal and informal education environments.“ In cooperation with the Deutsche Welle Akademie (DWA) the Media Development Foundation (MDF) has established the youth-oriented “Myth Detector Laboratory” for Media Literacy, which includes theoretical courses as well as practical trainings. Just to name a few. But it is an impossible task for NGOs and small organizations to face, debunk and fight all distributed disinformation. Furthermore, social media platforms have lost control over fake accounts, bots and disinformation campaigns flooding their dashboards.

The largest social media platform is Facebook, which enables the spread of mis- and disinformation in Georgia. For a long time they have taken no responsibility and did not contribute to debunking disinformation. However, in recent years they have started regulating disinformation and removed accounts distributing disinformation. An example for this is the CIB program of Facebook which started three years ago. CIB stands for “Coordinated Inauthentic Behavior“ and means “coordinated efforts to manipulate public debate for a strategic goal where fake accounts are central to the operation.“ The program focusses on coordinated inauthentic behavior “in the context of domestic, non-government campaigns“ as well as “on behalf of a foreign or government actor“. The extensive amount of distributed disinformation can be seen when analyzing how many accounts have been removed in the CIB program on both Facebook and Instagram. In 2019 the social media corporation removed a large network of “accounts, pages and groups for engaging in foreign and government interference“. This process was repeated in April 2020. Incidentally, Facebook removed 23 Facebook accounts, 80 Pages, 41 Groups, and 9 Instagram accounts linked to individuals associated with the political party United National Movement. Furthermore, Facebook removed a network consisting of 511 pages, 101 Facebook accounts, and 122 groups, and 56 Instagram accounts linked to the media firm Epersona, which they subsequently banned from Facebook. In October 2020, just before the election in Georgia, Facebook particularly removed networks linked to two political parties in Georgia — Alliance of Patriots and Georgian Choice. Additionally, they removed accounts connected to Alt-Info, a media entity in Georgia. The sheer volume of accounts suggests how much mis- and disinformation is on social media and is generated daily. The severe situation in Georgia is further highlighted when considering that all of these deleted accounts “originated in Georgia“ and “targeted domestic audiences“ on social media. On a positive note, Facebook points out that during their investigation they worked together and were supported by Georgian NGOs, like the Society for Fair Elections and Democracy.

Moreover, since September 2020, Myth Detector and Factcheck Georgia support Facebook’s efforts with the Third Party Fact-Checking Program to fight misinformation. However, this would become unnecessary if people were educated not to trust manipulated stories in the first place. Especially from a young age. It should be part of the school’s curriculum to teach students to distinguish facts and opinions, as well as identifying hate speech and fake stories. Young people should not be left to themselves to guess which news outlets they can trust and which they should distrust. One reason for Georgian schools not teaching media literacy might be the influence of the anti-Western Orthodox Church on the education system. Although there is a separation of church and state in Georgia, the church has a considerable influence on the school’s curriculum. Former Georgian prime minister Giorgi Kvirikashvili has endorsed that connections between the Orthodox Church and the education system should be strengthened.

The sheer volume of disinformation on Facebook and Instagram suggests the importance of media literacy. Even though the efforts by Facebook and NGOs are admirable, they will not be able to cope with all the disinformation and cannot fact-check it all. Instead of debunking disinformation retroactively – which is certainly important – schools should invest in educating young people on media literacy as early as possible. Needless to say, there is no master plan or singular tool that can magically falsify all disinformation. But students can be taught to know when information is reliable and to not unknowingly spread misinformation. A best practice example for this is the project “Learn to Discern“ by IREX and the Ukrainian Ministry of Education. The program led to increasingly better media literacy skills of the participating Ukrainian students and demonstrates the significance of the close collaboration with schools. The “L2D-Project” was implemented in Georgia as well and might contribute to a better understanding and detection of disinformation.

Kim Staudt
M.A. Student from the University of  Hamburg specially for Myth Detector