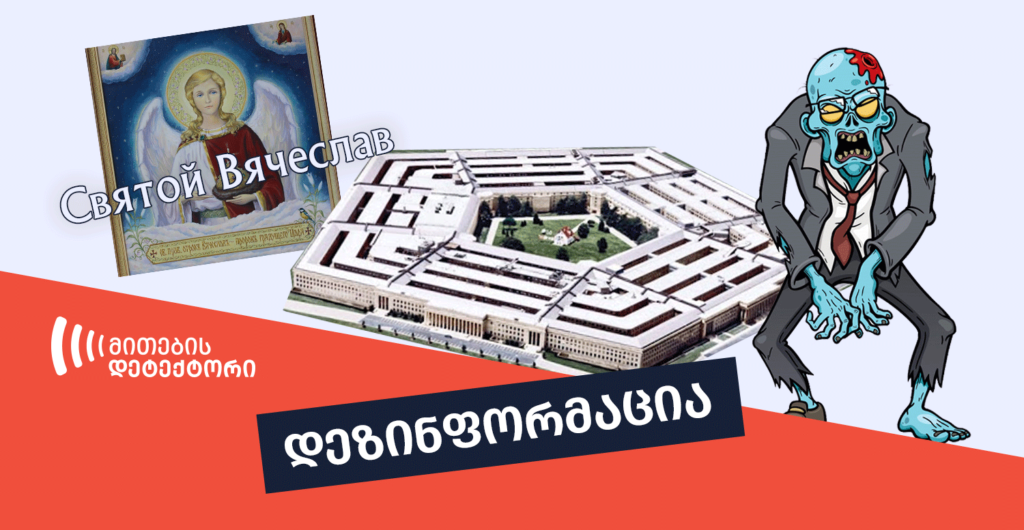 On April 18, Facebook user Lela Tcharkhalashvili uploaded a Russian-language video. According to the video description, Anthony Patch predicted the coronavirus pandemic back in 2014 and since 2011, the Pentagon has been preparing for the zombie apocalypse. Anthony Patch says in the 2014 interview that the spread of coronavirus will increase the demand for vaccines, while vaccines will enable DNA altering that will ultimately bring us closer to the zombie apocalypse. Besides the interview with Anthony Patch, the author of the video also talks about the plans laid out by the Pentagon and the Centers for Disease Control and Prevention (CDC) to counter zombie attack. 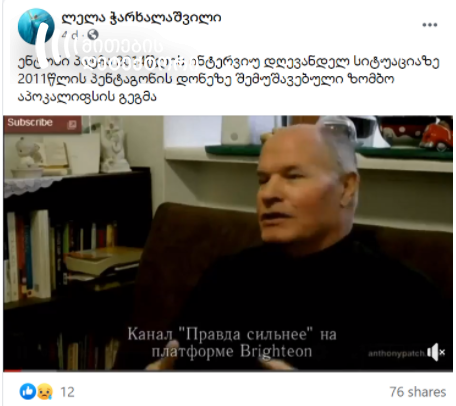 Lela Tcharkhalashvili’s video contains disinformation. The Pentagon and CDC use fictional plans about zombie attacks as training resources with a zombie being a conditional enemy. Various types of coronaviruses already existed in 2014, while the coronavirus vaccines do not cause genome editing. The Russian YouTube channel Miracles of Saint Vyacheslav that mainly spreads conspiracy theories is the primary source of the video.

In 2011, a plan called CONPLAN 8888-11, “Counter-Zombie Dominance” was revealed to the public. The document clarifies that this plan was not actually designed as a joke. However, the motives of developing the plan are clearly explained and described as a training resource with zombies acting as conditional enemies against military officers. According to the Pentagon, the fictitious plan was created by junior military officers undergoing training related to the Department of Defense’s Joint Operational Planning and Execution System (JOPES). In an effort to learn the JOPES process and to do so in a more interesting way, the students were assigned this completely fictitious scenario and directed to use JOPES to develop a written contingency plan. With roving zombies as the target in these fake scenarios, rather than enemies in real-life potential hotspots, there was a much smaller risk of the plan being taken seriously—or ruffling diplomatic feathers.

The plan is laid out in three parts. First, create and uphold a defensive plan to protect humankind from mind-munching predators. Second, establish procedures to eradicate any threat of zombies. Third, restore law and order to a war-ridden economy. According to various assessments, the plan made the process of training more interesting and creative largely due to the fictional scenario.

The video spread by Lela Tcharkhalashvili also mentions the plan developed by the U.S. Centers for Disease Control and Prevention on zombie attack. Like the Pentagon, CDC also uses the plan as a training resource. The plan was developed by CDC’s Center for Preparedness and Response. According to its website, such fictitious scenarios have proven to be a very effective tool to engage a wide variety of audiences and better inform them of what to do if a disaster strikes.

The Center for Preparedness and Response also clarifies that learning about the rules and techniques of behavior in an emergency is characterized by more active involvement of different types of audiences, as shown by the example of zombie attack scenario. The CDC has prepared an entertaining and educational graphic novel as well as a special guide for educators in this regard. 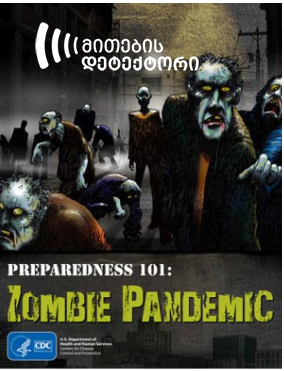 In the video spread by Lela Tcharkhalashvili, Anthony Patch, author of various books and reporter, expresses his opinions about vaccines. Listing various viruses, Patch names the coronavirus respiratory infection the spread of which will, as he claims, increase the demand for vaccines, while vaccines can alter human DNA. Patch made this statement in 2014.

The interview with Patch went viral after the emergence of the novel coronavirus as a prediction made in 2014. But in fact, the coronaviruses already existed before 2019 and they are divided into three types: MERS-CoV, SARS-CoV and SARS-CoV-2. Patch is talking about MERs-Cov that was first identified in 2012. The novel coronavirus, SARS-CoV-2, emerged in late 2019 and it was first identified in Wuhan. Thus, Patch’s statement is not a prediction.

The disinformation as if COVID-19 vaccines can alter human DNA and RNA was spread earlier too. In fact, integrating RNA or DNA in human genome through vaccination and changing something on a genetical level is impossible. See details in Myth Detector’s article:
RNA or DNA-Based Vaccine?

The video spread by Lela Tcharkhalashvili was initially uploaded by YouTube channel Miracles of Saint Vyacheslav. However, the channel is not currently available due to violation of YouTube policies. After the channel was deleted, its owner created two new channels. He claims that YouTube unreasonably accused him of spreading conspiracy theories, prompting him to create two new, active and reserve channels. Although the video about “zombie invasion” failed to appear on the new channels, it was uploaded on another social networking platform Brighteon five months ago and it is still available there.

A conspiracy theory about the World Bank Strategy for 2025 spread by YouTube channel Miracles of Saint Vyacheslav went viral on Georgian social media platforms in September 2020: