How News Front Falsified Article by ambebi.ge about Employment in Germany 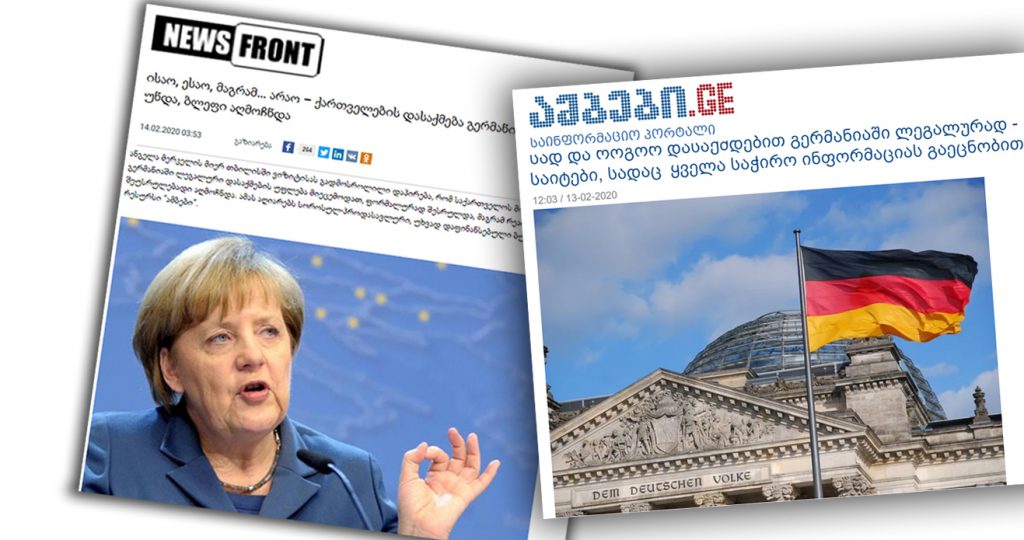 On February 14, a pro-Kremlin media outlet News Front Georgia released an article headlined “This and that, but … No – the employment of Georgians in Germany turned out to be a bluff.” News Front refers to ambebi.ge as its source and claims that Angela Merkel’s promise to provide legal employment opportunities to Georgian citizens turned out to be a lie. According to News Front, Germany needs only highly skilled IT specialists and doctors, whereas Georgian citizens cannot withstand competition in these spheres. One more argument the pro-Kremlin website cites referring to ambebi.ge to prove “Merkel’s bluff” is that people leaving for Germany to seek an asylum will not be able to benefit from the new employment law. 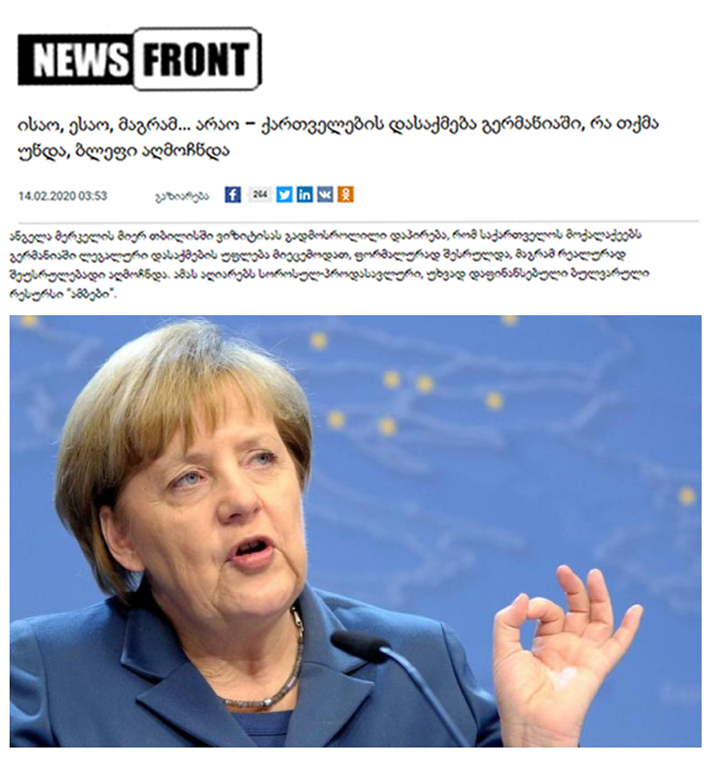 Besides using a manipulative headline and misinterpretation, News Front incompletely covers ambebi.ge’s article, which, in turn, refers to the comments made by the German Embassy to Georgia. According to the latter, Georgian citizens willing to get a legal job in Germany need to undergo relevant procedures at the German Consulate.

What information do we have about legal employment in Germany?

According to the article released by ambebi.ge on February 13, which was prepared based on the information provided by the German Embassy, the Skilled Labor Immigration Act will enter into force in Germany on March 1st 2020, according to which citizens from non-EU member states will have an opportunity to get legal jobs and education in Germany. Georgian citizens will also be able to enjoy this opportunity.

The German Embassy to Georgia noted that citizens willing to get a job in Germany need to apply to the German Consulate for a relevant category of visa and submit all necessary documents. It is not mentioned anywhere that Georgian citizens will not be able to get legal jobs in Germany.

News Front provides incomplete information about the staff, noting that only highly skilled doctors and IT specialists will get jobs. In fact, ambebi.ge’s article notes that Germany lacks staff in several spheres, among them mathematics, informatics, construction and medicine, as well as hotel and restaurant business. Moreover, according to the same article, the country is facing shortage of caregivers.

News Front Georgia provides a manipulative coverage of information, claiming that if an individual arrives in Germany to seek asylum there, he/she will not apparently be able to benefit from the new employment law. Conditions for granting asylum are in no way connected with the Skilled Labor Immigration Act as the new law is intended to facilitate the contacts between specialists and employers and involves submission of a visa application, while an asylum seeker should meet relevant requirements to receive pecuniary aid and accommodation.