How does Ioane Justify the “Whitening” of Churches by Russia and who Actually Restored Them? 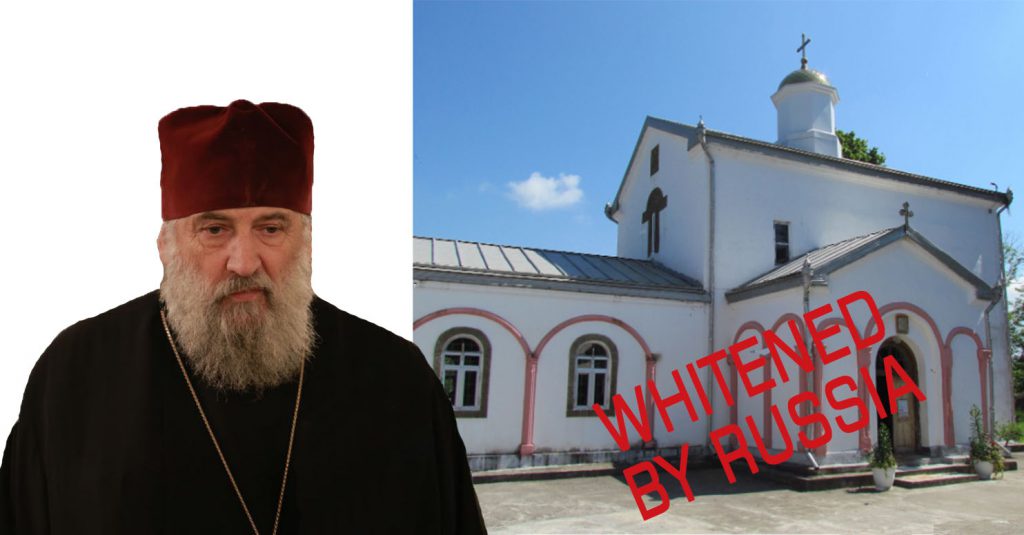 On November 11, the Kutaisi-Gaenati Metropolitan Bishop Ioane, in an interview with Kutaisi Post, said that Kvatakhevi, Betania, and Sioni churches, destroyed by Agha Mohammad Khan were re-built and restored by Russia. In an interview with NewsFront, the Metropolitan Bishop tried to justify the whitening of churches by Russia as well and noted that whitening is a part of restoration works on religious buildings.

Bishop Ioane: “During the visit of the Emperor Nicholas I of Russia, the walls of those churches that were located on the Emperor’s path and had damaged frescoes, were whitened, so that nobody complained about the preparatory works – whenever frescoes are damaged, they need to be either restored or whitened and painted again.”

Bishop Ioane: “Do you know in what conditions the churches were when Russia assimilated Georgia? It was the Russians who restored them. Construction works were under way everywhere.”

Statements made by Bishop Ioane are manipulative and contain historical inaccuracies.

Myth #1: Russia was whitening the churches with the aim of restoring them.

Reality #1: Russia was whitening the churches to erase the Georgian traces.

It is noteworthy that the whitening of the churches is quite a problematic issue even today, not only during the Emperor Nicholas I visit (1837), as the Metropolitan Bishop Ioane himself implied. Georgian frescoes are still deleted by Russia through whitening in the occupied Abkhazia and Tskhinvali region.

After the whitening, the churches are mostly re-painted, however, unlike their original form, without Georgian traces. During the whitening of Ilori Church, Georgian frescoes and scriptures were completely destroyed. The sole fresco of King Bagrat III of Georgia in Bedia Cathedral, located in Abkhazia, also got destroyed. 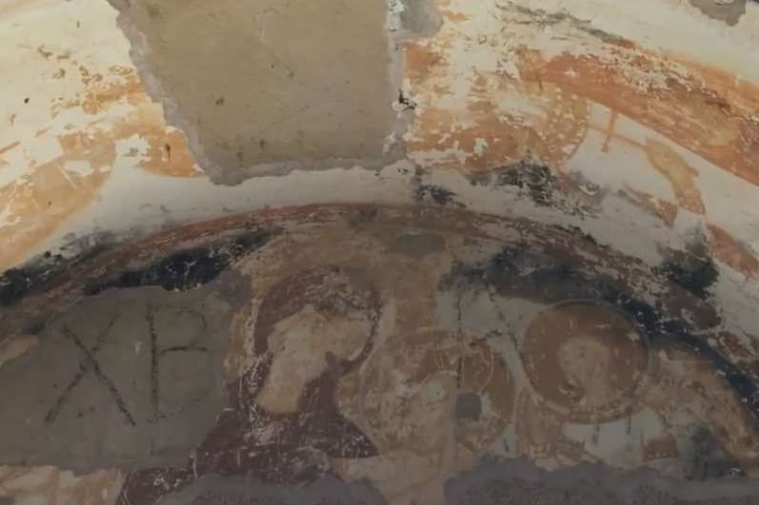 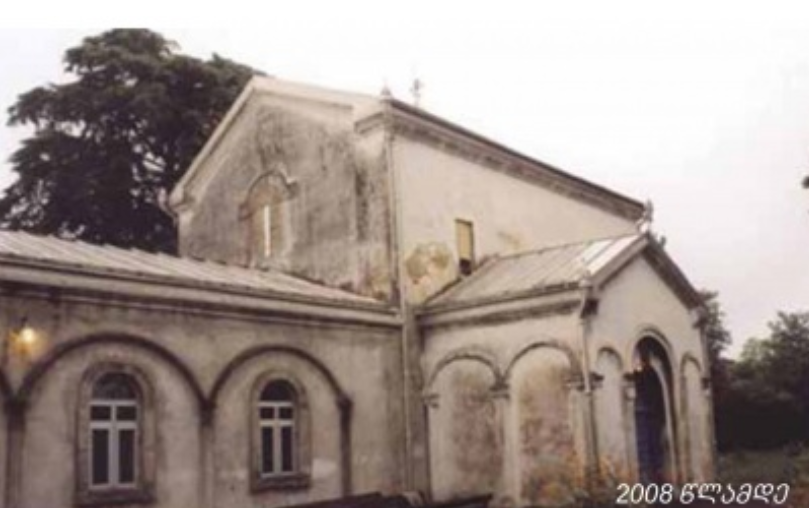 Ilori Church before the Whitening 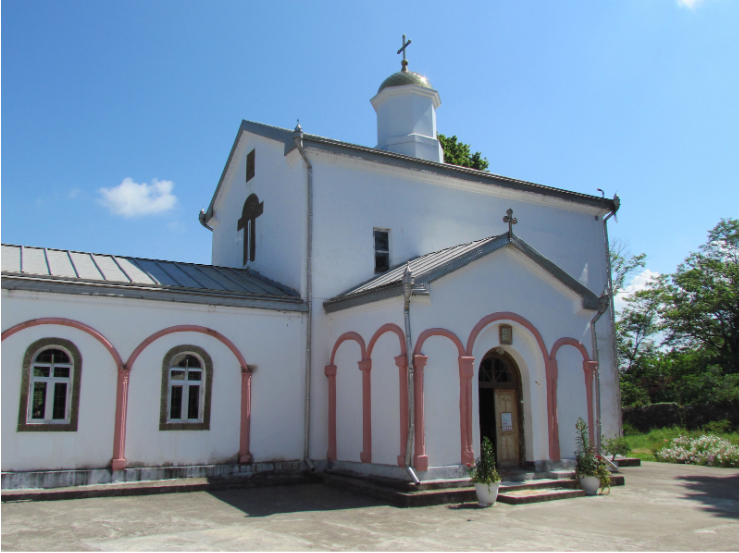 Ilori Church after the Whitening with a Russian Dome

It is also noteworthy that Russian churches, in general, stand out with their whiteness and the purpose of whitening the Georgian churches was to later adapt them to the Russian style, not restore. The tradition of church whitening in Russia originates in the 18th century. One of the most important churches in Georgia, Alaverdi Monastery, was whitened after the visit of Nicholas I of Russia (1840s), as a result of which all Georgian frescoes were completely destroyed.

Lado Tsitlidze, a theologist, mentions in his interview with Netgazeti:

Myth #2: Betania and Kvatakhevi Churches were restored by Russia.

Reality #2: These two churches were restored thanks to Georgians.

Bishop Ioane’s claim that Russians restored Betania and Kvatakhevi Churches is incorrect. On November 20, Archpriest Ilia Chighladze published a Facebook post where he wrote about the restoration of these two churches. The Archpriest noted that the Kvatakhevi Church was restored thanks to the input by Archimandrite Tarasi Aleksi Meskhishvili and finances from Ioane Tarkhan-Mouravi, whereas Orbeliani family and other Georgians contributed to the restoration of the Betania Monastery.

The Betania Monastery was in ruins until the 19th century. The first attempt to restore the destroyed church was made in the 19th century by a priest Spiridon (Ketiladze). He managed to make the church suitable for living for a small brotherhood. 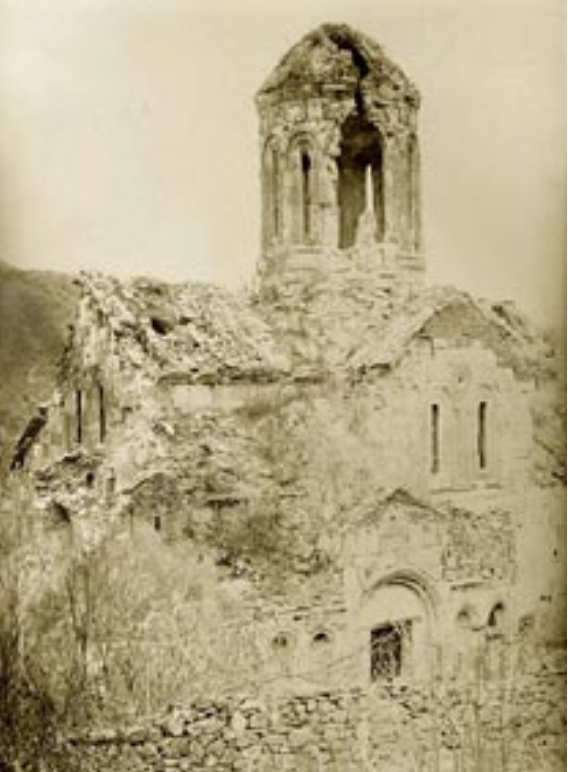 Betania Monastery in the 19th Century

The monks did not have enough funds to restore the church, so they placed a large thrift box on the road saying “Donate to the monastery!”. Priest Spiridon was helped by a 12-year-old peasant Vasil Maisuradze, who later became Archimandrite Ioane, based in the Betania Monastery. It is thanks to these people that the Betania Monastery got restored and regained its functions. An important restoration and development of the monastery was launched in 1978 following an initiative by the Catholicos-Patriarch of All Georgia, Ilia II.

Kvatakhevi is a Georgian monastery constructed in 12th-13th centuries located in Kaspi Municipality, Kartli region. The monastery was largely damaged during the invasions of Tamerlane. 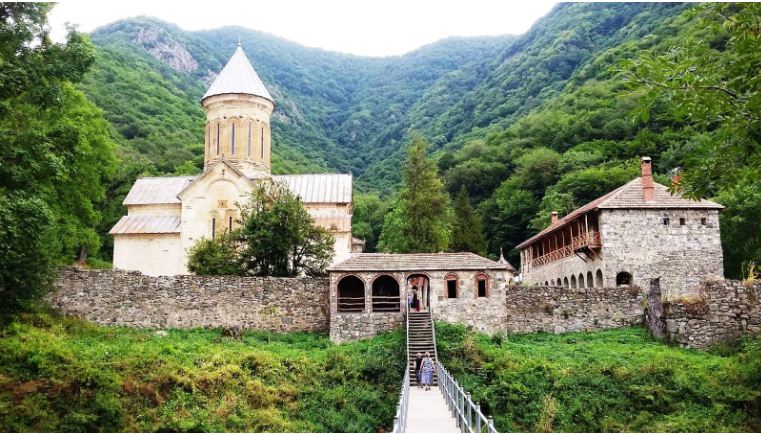 It is noteworthy that the monastery was fully restored exactly in the 19th century, however, it was not connected to Russia. Ioane Tarkhan-Mouravi, the grandson of Giorgi XII, greatly contributed to the restoration of the monastery. Tarasi Aleksi Meskhishvili began to serve as the Archimandrite in the monastery in this period.

Ioane Tarkhan-Mouravi died in 1856. In 1858, a eulogy delivered at his funeral was published in Tsiskari journal that mentions his contribution to the restoration of Kvatakhevi:

“Right when [the monastery] was about to fall victim to the flow of time, the Lord Ioane Tarkhan-Mouravi appeared thanks to God’s will to restore the monastery and bring its greatness back. He restored the sacred church, made it beautiful with various precious objects and now, to our delight, one can hear the worship of God every day from priests and priestesses, even if their number is still small.” 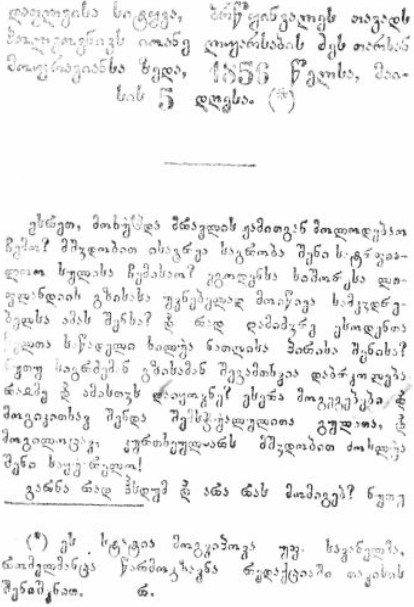 It is noteworthy that Metropolitan Bishop Ioane stands out with his pro-Russian statements and this is not the first case when he denies crimes committed by Russia against Georgia.