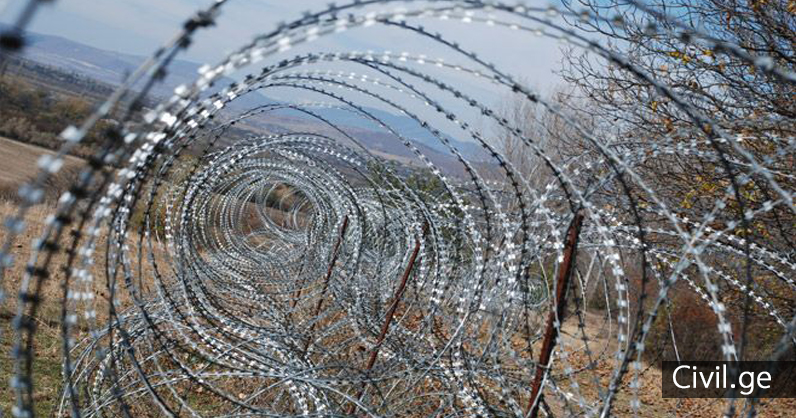 Over the past years, information warfare has been gaining recognition as a major global threat, particularly due to its weaponization by state actors. It is widely believed that tools such as disinformation and propaganda particularly flourish in polarized and fractured societies.

This makes countries and regions with longtime conflicts especially susceptible to their malign influence. The recent escalation in Nagorno-Karabakh gave an example, particularly to Georgia, of how dangerous the uncontrolled flow of disinformation or misinformation can get when emotions run high.

Georgia, which itself has two protracted conflicts within its internationally recognized borders, is facing a challenge of countering both anti-Western disinformation campaigns and protecting itself from similar threats in the regions where it cannot exercise effective control.

The protracted conflicts are characterized by alienated, isolated information environments that are fed with competing historical narratives and prejudices. It is thus no surprise that disinformation campaigns, often fueled by Russia, also found their way into Abkhazia and Tskhinvali regions, which are known as Georgia’s occupied territories due to Russia’s illegal military presence and control there.

Resorting to information warfare in conflict regions can additionally undermine any ongoing and future peace efforts. To find the ways of co-existence, communities on both sides of the dividing lines need to come up with new, creative ways to address the distinctive challenge.

Paata Gaprindashvili, Head of Georgia’s Reforms Associates (GRASS), a Georgian think tank currently working on increasing access of the Abkhaz public to objective information, spoke with me about the situation in these regions. As part of the information war waged by Russia, usual anti-Western propaganda in Abkhazia is coupled with anti-Georgian propaganda, he said – with a key purpose to incite anti-Georgian views, feed Tbilisi’s enemy image and undermine any sentiments of potential cooperation between Abkhaz and Georgians. Citing Freedom House reports, Gaprindashvili drew attention to the limited Abkhaz media landscape with online, TV, and radio outlets under control of local authorities and the information space that is further captured by Russian media sources.

Disinformation campaigns in Abkhazia and Tskhinvali regions had diverse targets over the past years. One topic that stands out is healthcare. This is exactly where the Kremlin-fueled conspiracy over the Richard Lugar Public Health Research Center, the U.S.-funded biological research lab in Tbilisi, fits in. A large Russian disinformation campaign, tracing back to as early as 2012, includes conspiracy theories about the
“Lugar Lab” and aims to give rise to biosafety concerns. The plot has been applied to multiple contexts, including in Moscow’s desperate excuses regarding the “Novichok” nerve agent traces in international controversies such as Salisbury Poisoning in 2018 and the attack on Alexei Navalny in 2020.

Lugar conspiracy theme has been already present in the Abkhaz healthcare context in 2017. An article by Sputnik-Abkhazia, for example, cited “Secretary of the Security Council” of the region, alleging that mass poisoning of children in Tkvarcheli in 2013 and swine flu was linked to the lab.

The plot was again echoed in Tskhinvali this year when South Ossetian KGB claimed that a person illegally detained near the dividing line attempted to infiltrate into the region “to collect the colonies of bats,” pointing fingers again at Lugar Center – an accusation that appears to be inspired by the COVID-19 pandemic fears.

Earlier this year, the EU Monitoring Mission (EUMM) in Georgia had to make clarifications against the claims made by several Tskhinvali/South Ossetian media outlets that ambulance cars accompanying the mission during the patrolling along the dividing line were used to collect swabs from locals – allegedly intended for use in Lugar Center. EUMM said then that ambulances have always accompanied its patrols “as a standard precautionary measure.”

Providing medical aid to the residents of Abkhazia and Tskhinvali regions has been one of the key touchpoints for societies divided by conflict over the years, with thousands of patients from both areas traveling to Georgia proper to receive free treatment over the years. Its significance in maintaining ties has been repeatedly stressed, and some observers hoped for new opportunities to emerge from intensified healthcare cooperation between Sokhumi and Tbilisi in the context of handling the novel coronavirus.

The medical program had been targeted by Russia-backed Tskhinvali authorities before, outside the Lugar context as well. For example, Tskhinvali leader Anatoly Bibilov alleged in 2017 that South Ossetian patients who went to Georgia proper for medical treatment were approached by Georgian intelligence – a story that was debunked by Georgian fact-checkers.

The EUMM, which also found itself caught in the Lugar conspiracy, plays important role in ensuring contacts between Tbilisi and Sokhumi/Tskhinvali, particularly amid the growing isolation of the latter.  Major security incidents and emergencies, especially near the dividing line, are actively communicated over the EUMM-managed hotline, which has “repeatedly helped to de-escalate arising tensions.”

Finding New Ways for Reaching Out

To counter information warfare and its harms under conflict-induced alienation and isolation, one has to look beyond the classical methods of fact-checking and seek new communication channels. In this context, the need for creating new virtual platforms for a large-scale “information dialogue” with residents of Abkhazia and Tskhinvali regions has been underscored by Georgian political parties and politicians.

With such initiatives still pending, GRASS Director spoke about efforts that, he says, have already yielded results. Gaprindashvili believes that, aside from debunking false news, the most effective method to counter propaganda is to proactively provide objective information to readers. A project carried out by GRASS and Accent, its media partner, brings together Abkhaz and Georgian journalists who contribute high-quality pieces – including in the Russian language – based on facts and research and produced under mutual exchange of ideas and communication. According to Gaprindashvili, articles then go to social media such as Facebook “which is far freer space,” and spark active engagement and discussion among Abkhaz users.

While certain false news may intend to harm trust and contacts between the conflict-divided communities, shared efforts to fight different, more viral information threats may even encourage building new bridges. Georgia has recently found itself in global disinformation “pandemic” surrounding the COVID-19, which stands in the way of effective virus management, and the two isolated regions were no exceptions.

“In our efforts of debunking healthcare myths across the dividing lines, Myth Detector fact-checkers identify sources and messages of COVID-19-related disinformation and prepare fact-based articles that we later translate into Russian and distribute using direct messaging apps such as Telegram and WhatsApp to reach people in Abkhazia,” said Mariam Akhalkatsi, Communications Manager at MDF.

It is also worth noting that both MDF and GRASS have recently become third-party fact-checking partners of the social media giant Facebook. Such developments may boost the role of civil actors in preventing the spread of false and harmful content in areas less accessible in a non-virtual world. Increasing social media usage in Abkhazia, for example, has been stressed in multiple reports.

In this view, social media platforms and virtual communication tools, previously known for their malefic effects in terms of the rapid spread of false news, may even acquire a reversed, more positive role by providing a rare, shared communication space for conflict-estranged communities.