How did the Soviet Union Paint the Flag of the Belarusian People’s Republic in Red? 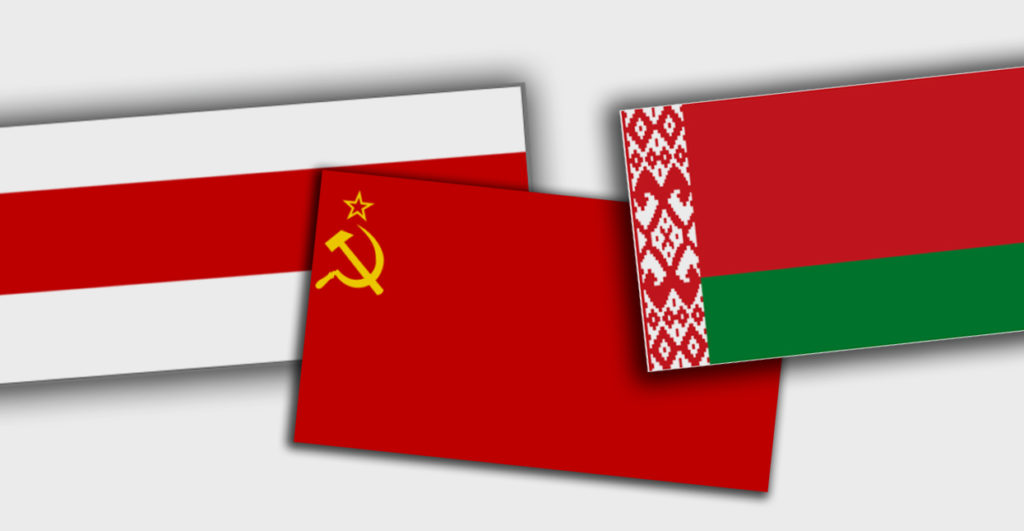 On August 27,2020, Sputnik Abkhazia published an interview of Armen Gasparyan, a political columnist and an author at Sputnik, where he labelled the white-red flag, used by the opposition and the demonstrators in Belarus, as a symbol of the collaborationists with the Nazis.

Armen Gasparyan: “This flag became a symbol of the Belarusian collaborationists. Even back then they had a different feeling of pride. As odd as it may sound, the colors match those used on the flag of the Hitler Youth. They wrote to Berlin about this fact: ‘Look at our heritage’. It is not surprising that many bad deeds were committed behind this plan during the Great Patriotic War.”

The statement by the Sputnik author is disinformative, as the flag of Belarus was created in 1848 and it was only “painted red” after Belarus became a part of the Soviet Union.

According to Vitaliy Skalsky, a historian and a member of Ukraine’s Academy of Sciences, the Belarusian flag was created during the 1848 revolutions, as was the Ukrainian flag.

Vitaliy Skalsky, historian: “In 1917 with the beginning of the collapse of the Russian empire, all national movements wanted their own standards, particularly flags, or at least national colors. The new Soviet government perceived the Belarusian flag as hostile. But the Belarusian national movement adopted this flag and actively used it in territories not controlled by the Bolsheviks.” 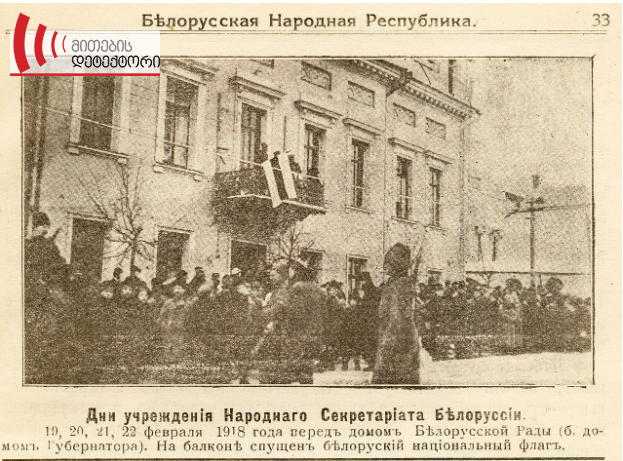 Flag of the Belarusian People’s Republic on the Government Building, 1918. Source: StopFake

Under the Soviet occupation, the flag of the Belarusian People’s Republic was declared anti-communistic and the red communist flag became the official flag of the country, much like the other countries, invaded by the Soviet Union. Since 1951, red was replaced with green and embroidery was added on the side.

Flag of the Belarusian People’s Republic that was declared anti-communist after the Soviet occupation. 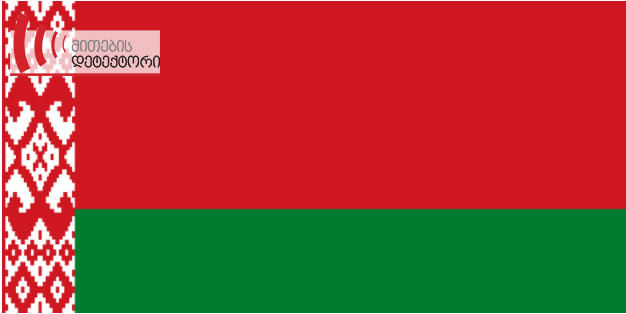 Modern flag of Belarus that replaced the red communist flag in 1951.

During the Nazi occupation (1941-1945), the white-red flag often appeared together with German symbols and frags. Nazis made this decision to win the hearts of Belarusian nationalist movement, as they opposed the communist regime. Moreover, according to StopFake, the Belarusian Nationalist Partisan Movement, that was anti-Nazi and anti-Communist, also recognized the legitimacy of this flag and considered it as a national symbol.

Kremlin, through the manipulation with the flags, aims to showcase an opposition between the legitimate government and radical-extremist groups, not the government and the peaceful protesters.

In this way, the Kremlin-funded columnist tries to discredit the demonstrators in Belarus and showcase domestic, as well as foreign opponents of Lukashenka as radicals, Nazis, and extremists. 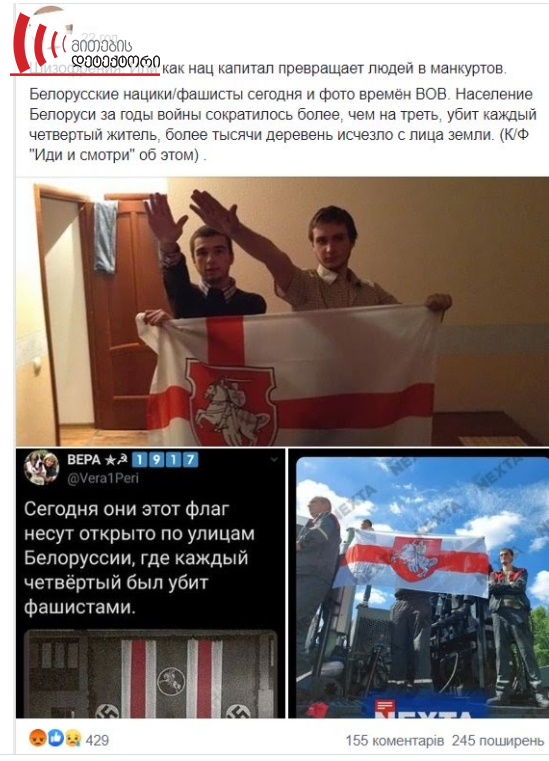 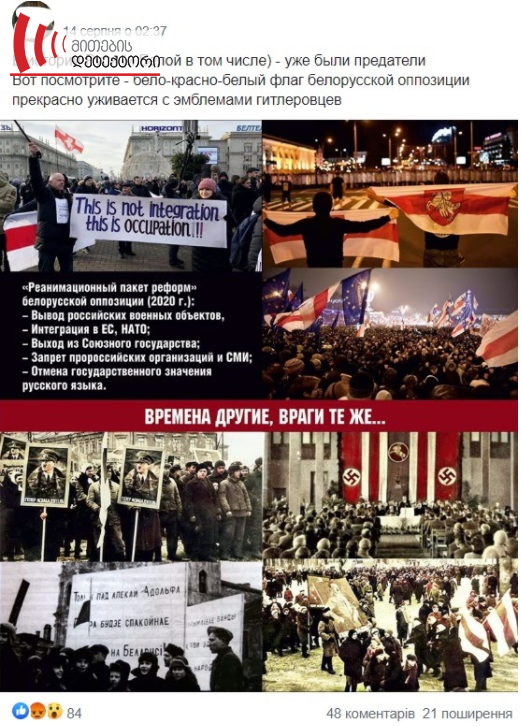