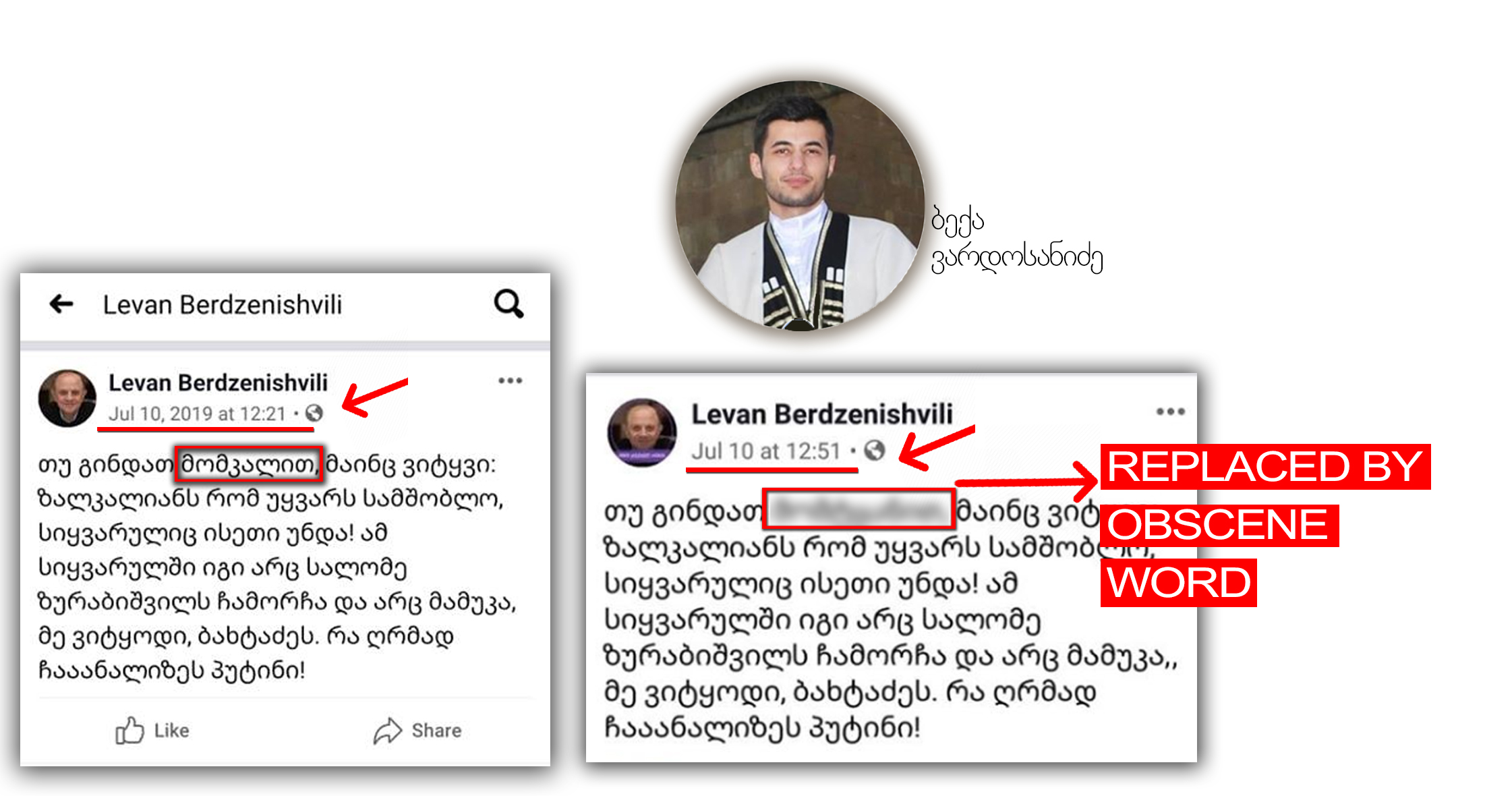 On February 5, a member of anti-liberal group “Georgian March”, Beka Vardosanidze, published a screenshot of the Facebook post of a member of the Republican Party, Levan Berdzenishvili, dated July 10, on his personal Facebook page. The screenshot of Levan Berdzenishvili’s Facebook post contained an obscene word toward Foreign Minister David Zalkaliani: “F**k me if you want, I will tell you anyway, Zalkaliani loves his homeland”. Noted post was accompanied by a postscript of the representative of “Georgian March”, in which he apologized for Berdzenishvili’s uncensored expression: “Main intellectual of the Liberals 🙂 Sorry for the obscenity!!!” 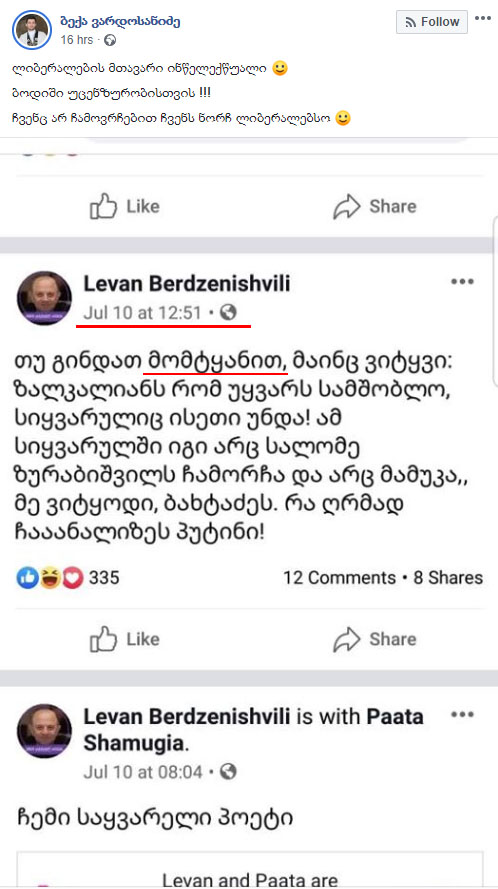 The screenshot of Levan Berdzenishvili’s Facebook post has been photoshopped or processed in the similar program, since the phrase “kill me if you want” written in the original post, has been replaced by the obscene word. On February 5, 2020, the representative of “Georgian March” published the post, dated July 10, 2019, in the context of the Foreign Minister’s visit to the USA, aiming to discredit the Liberals.

In the version spread by Beka Vardosanidze, the phrase “kill me” has been removed and replaced by the obscene word. Moreover, the time indicated on the screenshot spread by Beka Vardosanidze is 12:51, while Levan Berdzenishvili’s real post has been published at 12:21. The exact time of publication of the post is only visible in the mobile version. We offer you PC and Mobile version screenshots: 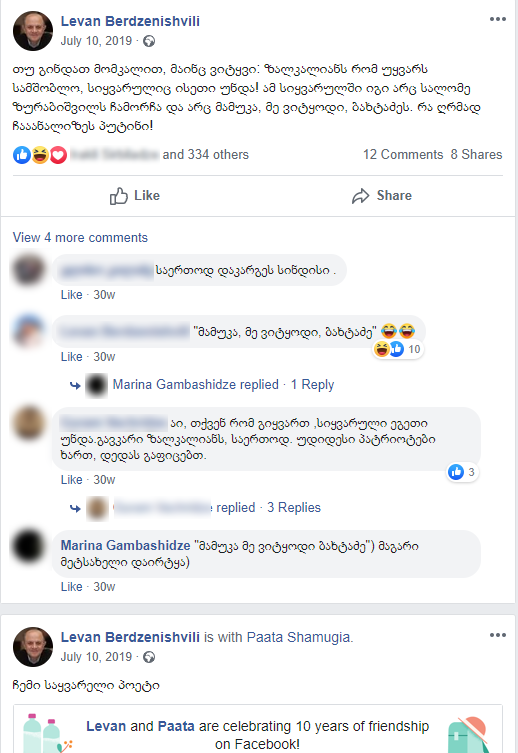 The tendency to falsify Facebook posts of the opposition politicians and activists has been revealed before, about which the “Myth Detector” has written: