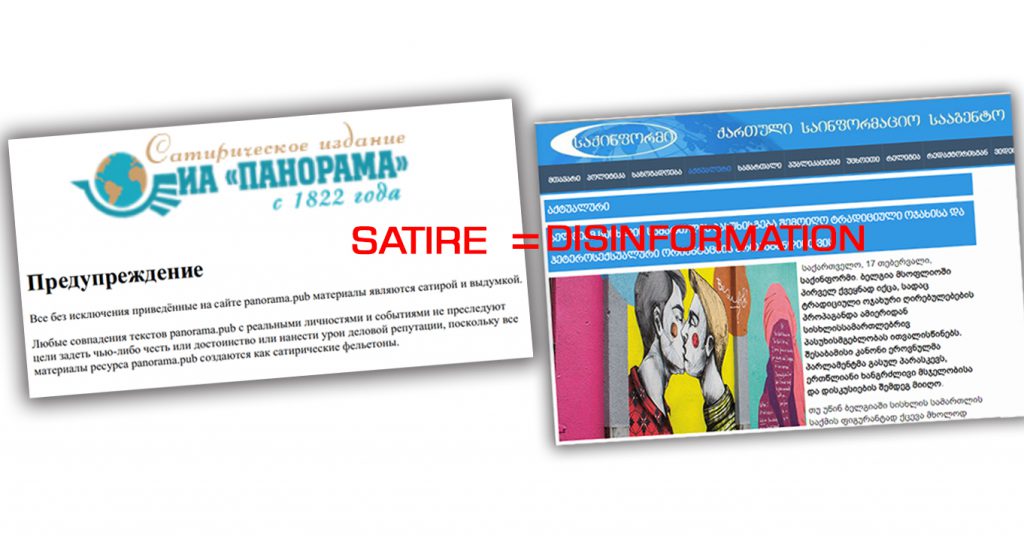 On February 17, online edition Saqinformi published an article titled “Belgium Introduced Criminal Prosecution for Propagating a Traditional Family and a Heterosexual Orientation”. The article mentions that through the law, adopted by the parliament, Belgium became the first country in the world to prosecute the propagation of traditional family values. The law, according to the article, envisages particularly stringent punishments for a parent that “commits” the act of propagating traditions in relation to his/her child. 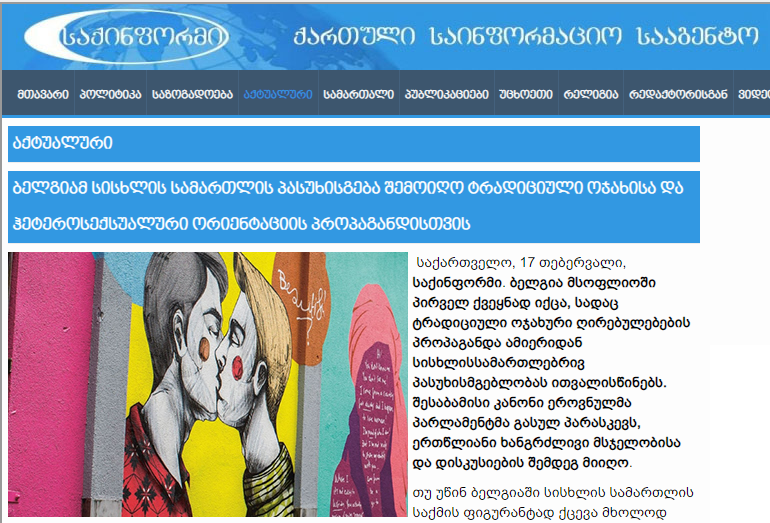 The story about criminalizing the propaganda of traditional values was first published by the satirical edition panorama.pub on February 14, 2020. The edition’s website includes a statement about its mission, which mentions that it is a humorous edition.

The edition’s satirical nature is also indicated on its logo. Showcasing satirical-humorous made up stories as real news is one of the methods of propaganda. Using this method, tabloids and propagandist editions try to establish the opinion that the Western society is characterized by phenomena such as ignorance towards traditions and values, zoophilia, necrophilia etc.

Myth Detector has written about made up stories earlier as well: