How did Journalist Ana Asatiani Disappear from the Shot of “Mtavari Arkhi?” 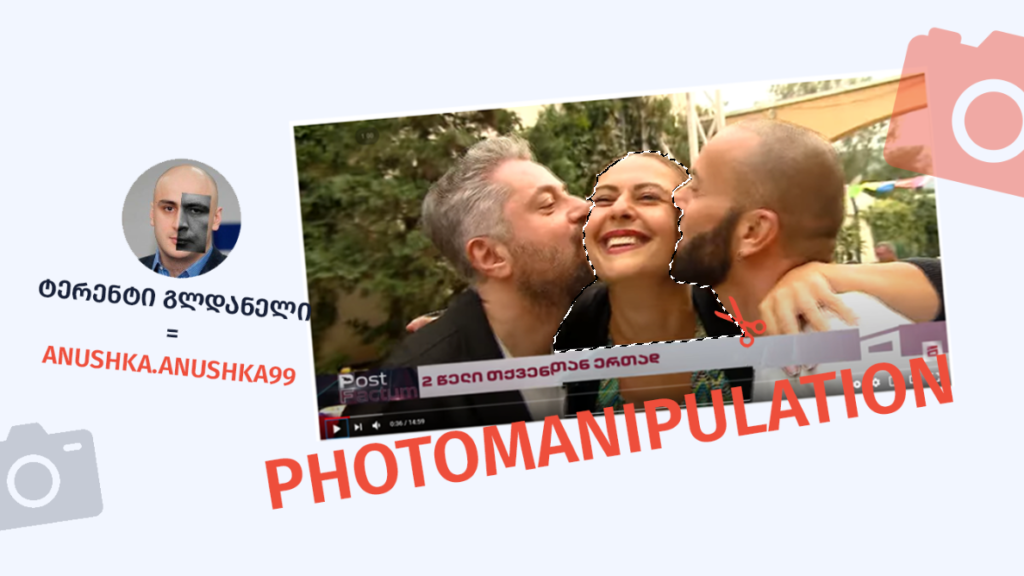 On September 13th, in a Facebook group “პროტესტი! Protest! Протест!,” the member Nikoloz Chichua has shared a picture of Nika Gvaramia, the Executive Director of “Mtavari Arkhi,” and Giorgia Gabunia, a Journalist at the same channel, kissing. The picture is accompanied by the following comment: “How dare they do this in the sunlight?” The post involves several homophobic comments as well. 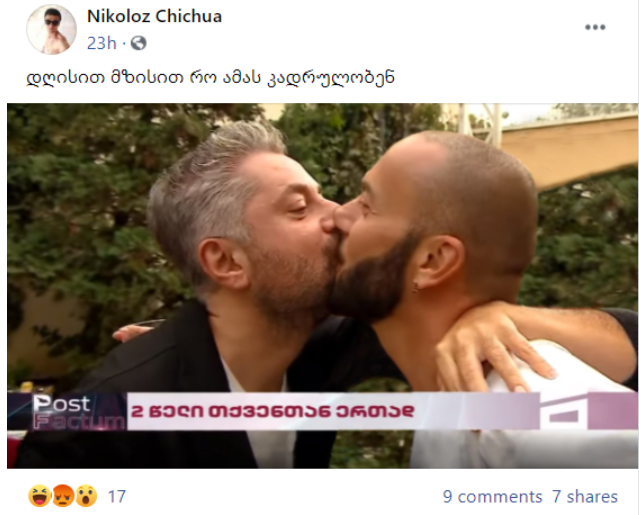 The photo spread on the social network is edited by a digital tool. In the authentic photo, journalist – Ana Asatiani is standing between Nika Gvaramia and Giorgi Gabunia.

On September 12th, 2021, the program ‘Post Factum’ aired a story about the two-year anniversary of “Mtavari Arkhil”, in which Gvaramia talked about the programs and future plans. The footage of 0:36 seconds of the story shows Nika Gvaramia and Giorgi Gabunia kissing the “Mtavari Arkhi” journalist, Ana Asatiani. However, in the photo spread on the social network, journalist Ana Asatiani is cropped out, creating the impression that Nika Gvaramia and Giorgi Gabunia are kissing each other. 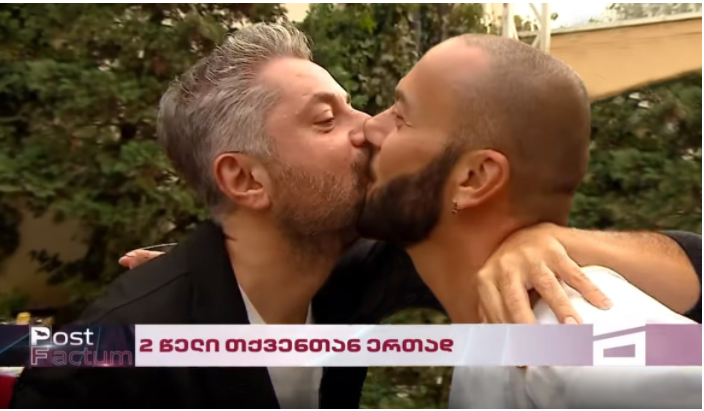 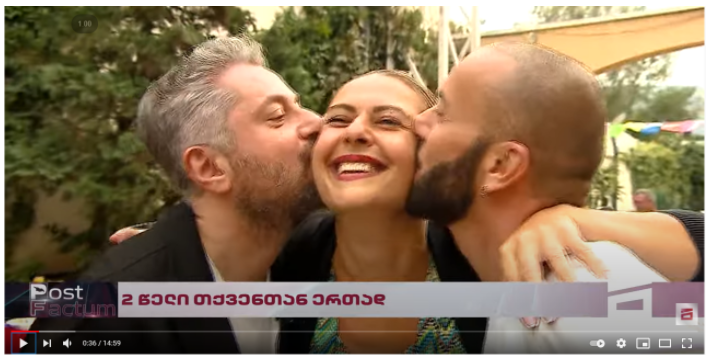 About the Source
The Facebook user Nikoloz Chichua has been regularly posting content against Mikheil Saakashvili, the third president of Georgia, the “United National Movement”, as well as the journalists of “Mtavari Arkhi in groups: “პროტესტი! Protest! Протест,” “UNM Should be Judged.” In addition, the posts call upon the group members to add the Facebook account of ‘Terenti Gldaneli,’ a discrediting page of the opposition, to their friends’ list. 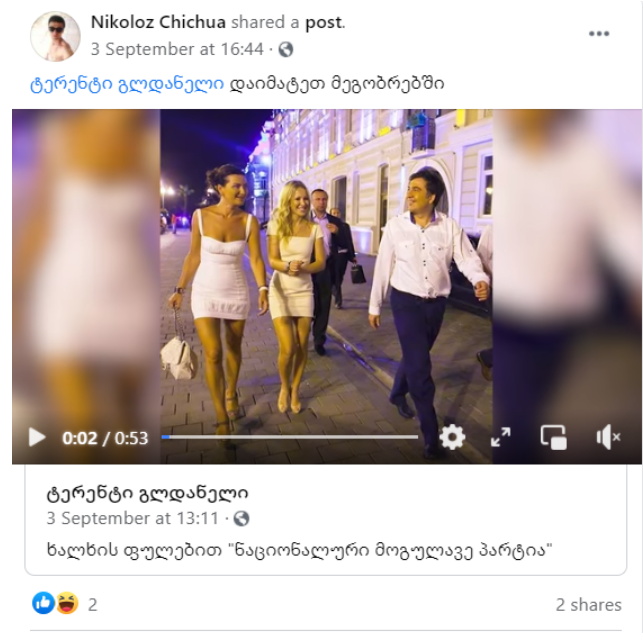 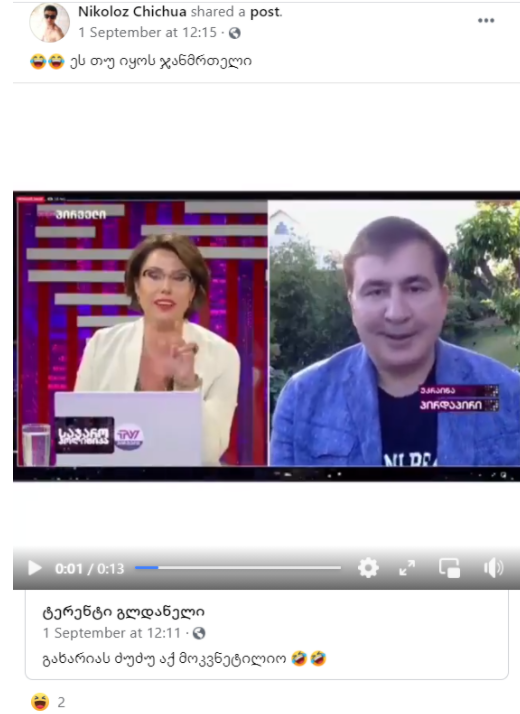 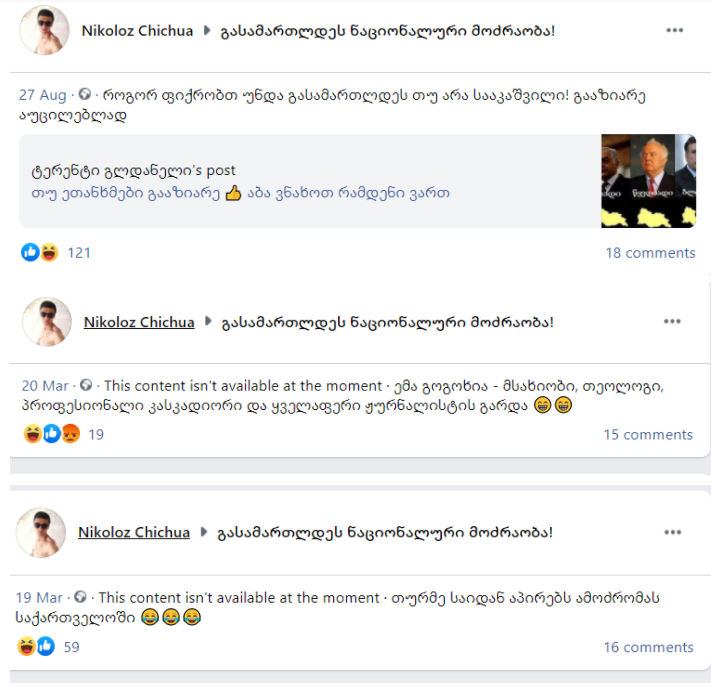 The Facebook page “Terenti Gldaneli,” created on June 9th, 2016, predominantly sharing discrediting posts against the opposition, is no longer available. Nonetheless, similar types of content are being disseminated by the Facebook account indicatign ‘anushka.anushka99’ in the URL address. The new Facebook account probably changed the name to “Terenti Gldaneli” because of the extensive outreach of the previous page. 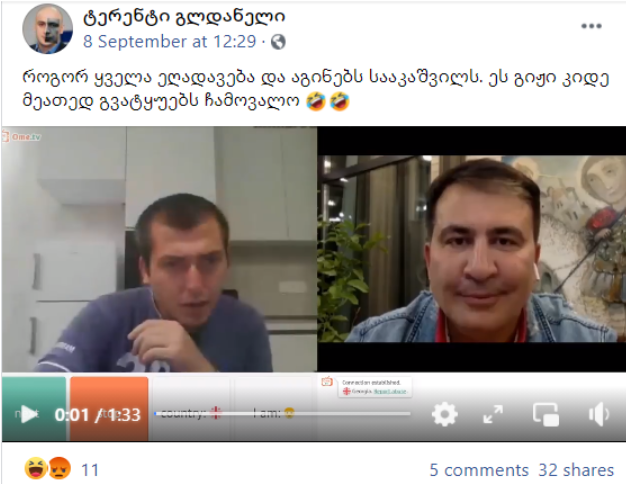 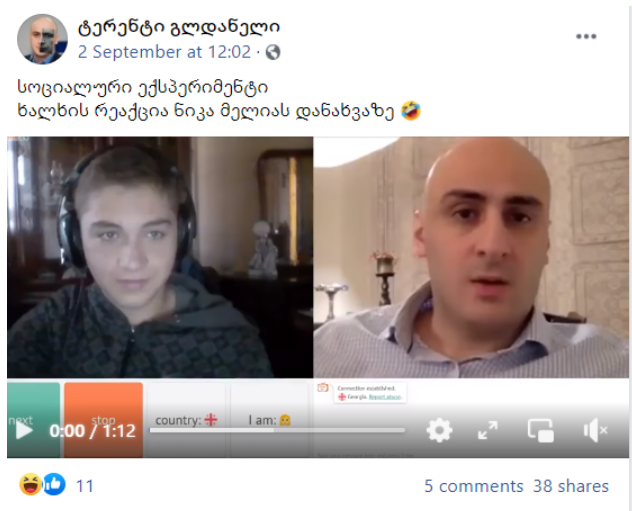 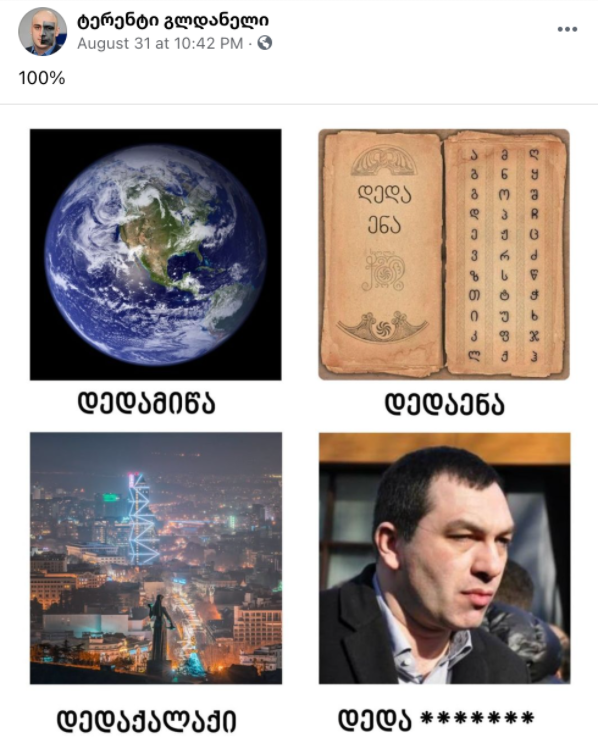