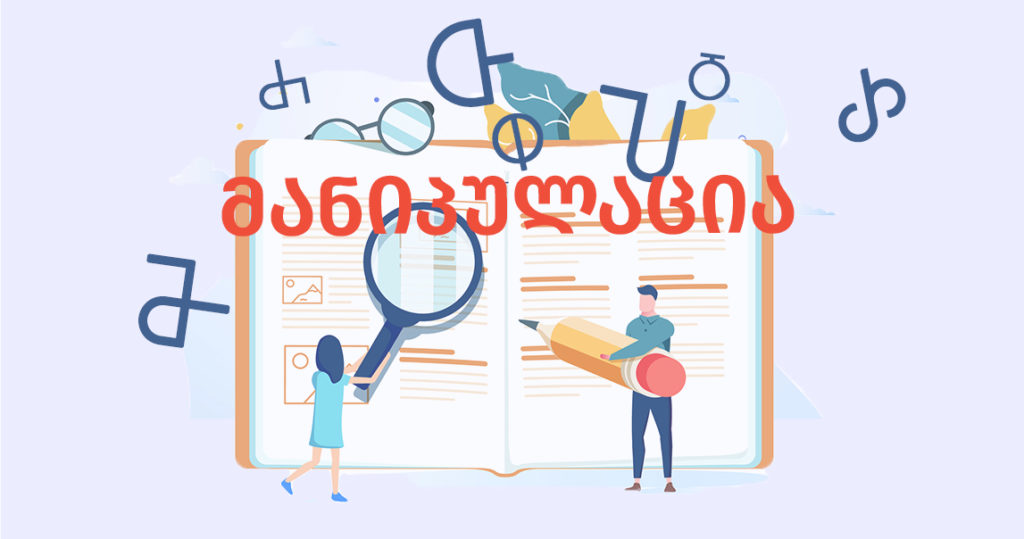 On March 1, Facebook user Lu Ka published a photo, depicting one of the pages of a history textbook with the following words underlined: “Georgian alphabet was invented by a famous Armenian public figure, Mesrop Mashtots.” The photo is accompanied by the author’s comment: “SOS!!! SOS!!! SOS!!! Who includes in textbooks such absurd and false information according to which Armenian Mashtots has invented our alphabet!!!” As of March 5, Lu Ka’s post has 1,200 shares. Later, the same post was shared by Levan Tavdishvili, while the latter’s post was shared by anti-vaccination activist, Shore Shanidze to public group “ბედნიერი ერი” (Happy Nation). 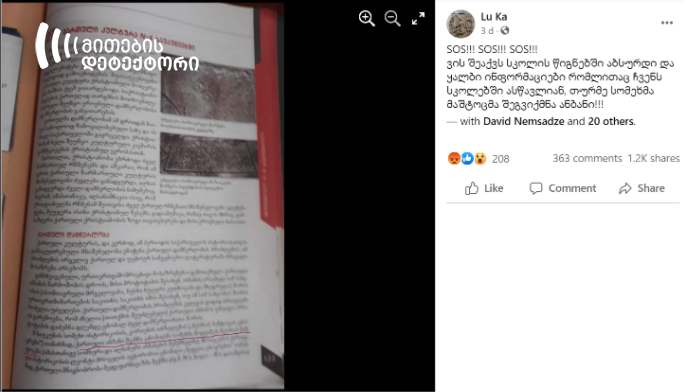 The text from the history textbook spread on social media has been torn out of context. In fact, this chapter of the textbook discusses various versions about the origin of the Georgian script and one of them is just the version about Mesrop Mashtots allegedly inventing the Georgian alphabet, which is criticized on the next page based on scientific literature. Thus, in case of taking only one fragment from the lesson, readers will actually receive out-of-context information.

The fragment that is underlined in the photo is seen on page 123 of the history textbook for grade 9 published by Bakur Sulakauri Publishing and approved by the National Center for Educational Quality Enhancement, and it is part of the lesson “Georgian Culture in IV-X Centuries.”

The first subchapter of the lesson is called “Georgian Script.” This part discusses various versions and sources about the origin of the Georgian script. One of them is the work by Koriun, Armenian historian living in the 5th century, according to which Georgian alphabet had been invented by Armenian public figure, Mesrop Mashtots.

The underlined sentence depicted in the photo is just from this fragment and taking it out of context leaves an impression that the textbook is built on this version about the origin of the Georgian script. 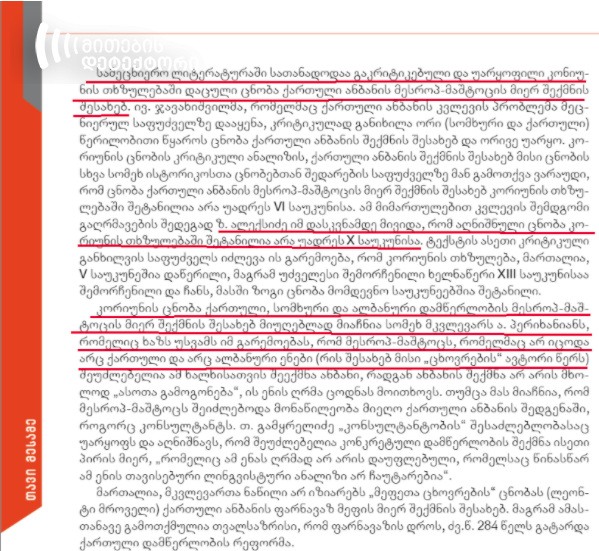 T
he Bakur Sulakauri Publishing released the approved history textbook for grade 9 in 2012 as well.

Myth Detector has also verified the above mentioned fragment in the 2012 version, where the text is absolutely identical. 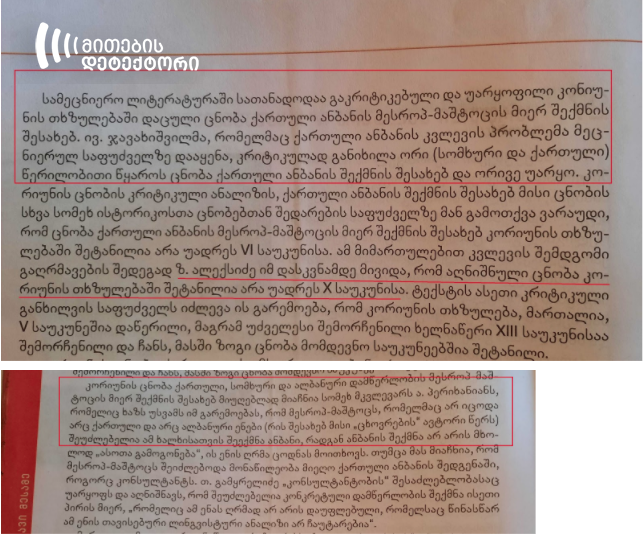 is noteworthy that the authors do not declare any specific source about inventing Georgian alphabet as an authentic truth, but rather discuss each version and the related criticism, including Leonti Mroveli’s information saying that the Georgian alphabet was created by King Parnavaz as well as K.Kekelidze’s suggestion, according to which in ancient times, Greek was used as a written language in western Georgia and Aramaic – in eastern Georgia.

Myth Detector has already verified the case of falsification of history textbook for grade 9 published by Bakur Sulakauri Publishing in its earlier article: