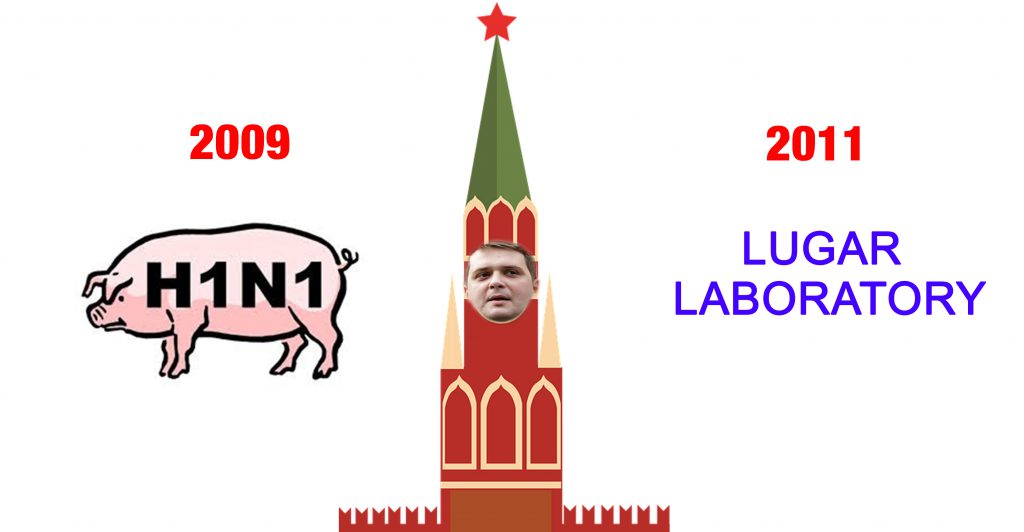 On January 5, Georgian tabloid, Alia and online edition euronews.ge released identical articles, quoting only one source as saying that the outbreak of H1N1 flu, also known as swine flu, is raging only in Georgia and that the virus has been spread by the U.S.-funded Lugar Laboratory in Tbilisi outskirts.

Alia [headline]: “Swine flu outbreak is raging only in Georgia! This is the result of operation of the Lugar Laboratory!”

Euronews.ge [headline]: “This is the result of operation of the Lugar Laboratory” – we have neglected it only because the Russians have stated about it.”

The both Georgian media outlets are referring to the Facebook post of Lado Sadgobelashvili, one of the former leaders of the Georgian March movement. Through his Facebook posts, Sadgobelashvili is announcing about planned protest rallies to demand the closure of the Lugar Laboratory. The same articles were actively shared by various spam groups.

Any allegations about the outbreak of swine flu only in Georgia and its alleged spread by the Lugar Lab are absurd, because H1N1 flu first emerged in 2009, two years before opening the Richard Lugar Public Health Research Center in Tbilisi outskirts in 2011. According to the WHO report, H1N1 influenza virus is spread on all the five continents of the world. This disinformation campaign has been run by the Russian government and pro-Kremlin media outlets and it went viral years ago.

H1N1 flu, also known as swine flu, first emerged in April 2009, two years before opening the Richard Lugar Public Health Research Center in Tbilisi outskirts in 2011. In 2013 the laboratory moved to subordination of the National Center for Disease Control and Public Health (NCDC) and from 2018 the Government of Georgia has assumed responsibility for full funding and operation of the Lugar center and laboratory network.

Fact No. 2. Besides Georgia, swine flu outbreak is raging on all the five continents of the world.

According to the report released by the World Health Organization (WHO) on December 24, 2018, swine flu has been spread on all continents and other countries also were positive for influenza viruses. 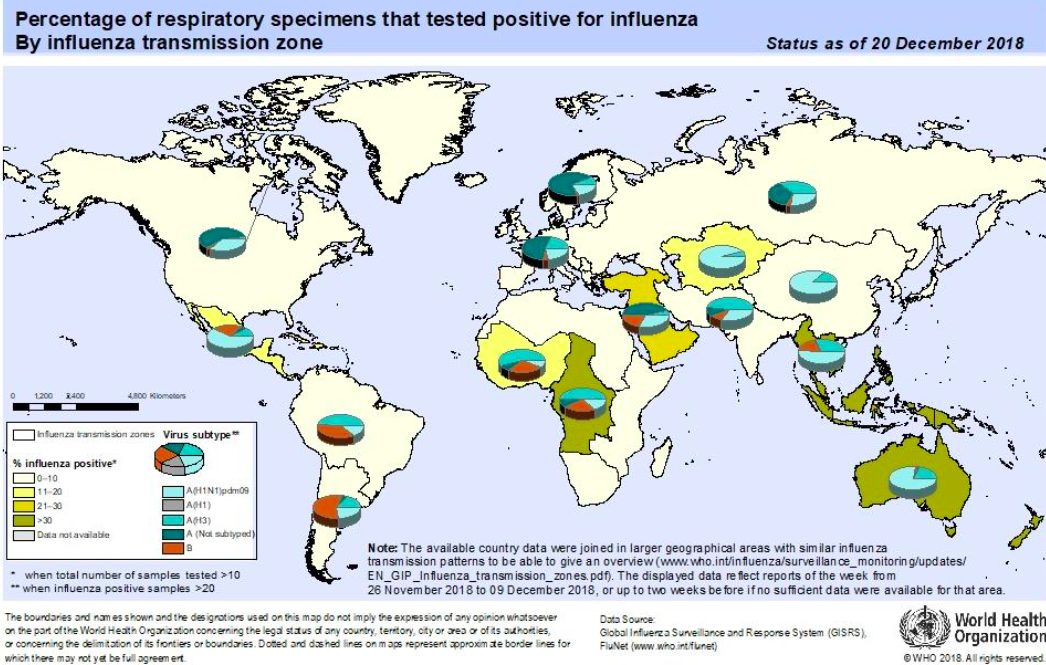 Swine flu is raging in Ireland, where up to four people are reported to have died this season.

Conspiracy theories against the Richard Lugar Public Health Research Center are being spread for years with the Russian government and pro-Kremlin media outlets being their main sources.

Sadgobelashvili’s post came after Russian online edition 360.ru released an article on December 27, 2018 headlined “Biological weapon in action? Swine flu outbreak in Georgia linked to the operation of the Lugar Lab.” The article quotes Jeffrey Silverman, journalist, as saying that Georgians and Americans are allegedly working together on producing bacteriological weapons and vaccine testing. The article also provides the remarks by Georgia’s ex-security chief, Igor Giorgadze, who claims that over 30 persons have died since 2015 largely due to the laboratory’s operation. Silverman also claims that a new laboratory is expected to be built in Armenia and that the issue is already being discussed with the Americans.

Earlier on September 16, 2018, Jeffrey Silverman, who is referred to as its source by 360.ru, accused the Lugar Laboratory of not only spreading swine flu, but also of using poisonous gas from the laboratory in Syria.

The key priorities of the Richard Lugar Center for Public Health Research  are: