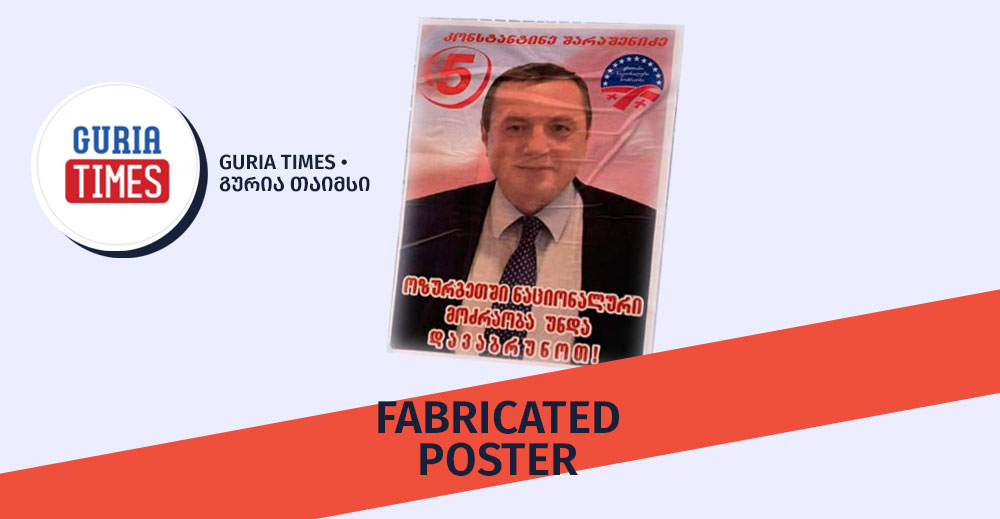 On October 29th, 2021, the Facebook page’ Guria Times’ published a post depicting the electoral posters of Konstantine Sharashenidze, the independent mayoral candidate of Ozurgeti. The posters include the picture of Sharashenidze alongside the logo of the United National Movement and electoral number 5 and are accompanied by the following quote: “UNM must return to Ozurgeti.” According to Guria Times, for years, Sharashenidze has been deceiving the population, making them believe he was loyal to the Georgian Dream; however, he was spotted attending secret meetings with the UNM. 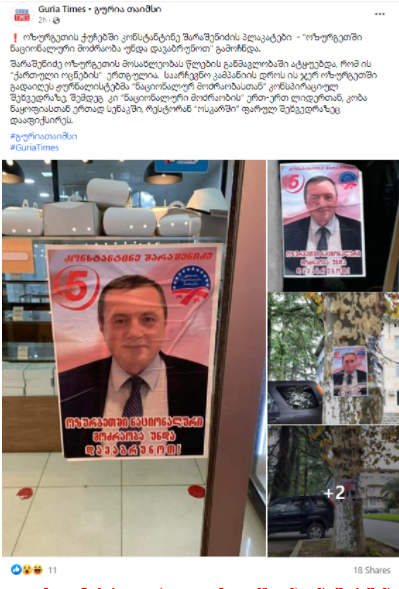 The posters shown in the picture are not part of Konstantine Sharashenidze’s electoral campaign. Allegedly, they have been altered in Photoshop and aimed at discrediting the independent candidate.

“Myth Detector” contacted Konstantine Sharashenidze, the independent mayoral candidate of Ozurgeti, who clarified that during the night of October 28th, Georgian Dream activists started distributing the posters. Sharashenidze further confirmed that he is by no means affiliated with the UNM. Not to mention, the electoral number of Sharashenidze is 56, while the posters depict number 5. 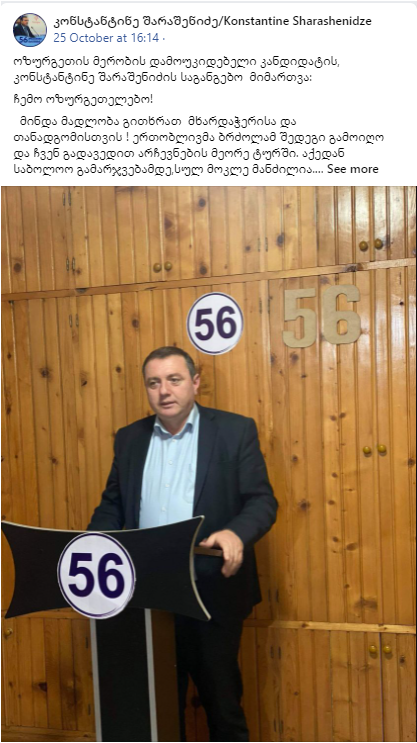 The Facebook page ‘Guria Times’ was initially created on August 27th, 2015, under the name ‘Georgian Wall Street.’ On May 14th, 2019, the page changed its name to ‘Sharebook – შეარბუქი,’ and lastly to Guria Times on July 30th, 2021. The page poses as a regional media but primarily publishes posts that discredit the incumbent mayor of Ozurgeti, Konstantine Sharashenidze, and support the Georgian Dream party. The site has sponsored several posts with similar content, spending a total of USD 780 on advertising. During the last week, the page has spent USD 103 on advertising posts that discredit Sharashenidze and support the Georgian Dream. Among them was a post claiming that a banner in support of Mikheil Saakashvili was displayed from Sharashenidze’s cabinet at Ozurgeti City Hall and that Sharashenidze himself was planning a rally to make statements in support of Saakashvili.

Guria Times was even included in the pre-electoral reportprepared by “Myth Detector” under the section of pages that were posting as regional media but sought to publish posts supportive of the incumbent GD party and discrediting the opposition. 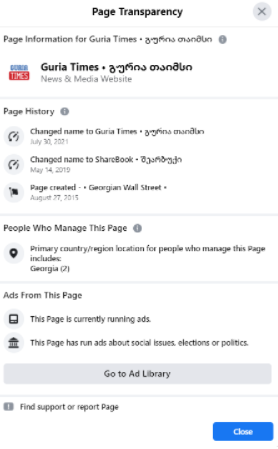