On October 28, 2019, a Facebook page Stalin published a 2018 article by Georgia and the World, titled “United States will Attack the Georgian Church after the Ukrainian”. The article mentions – “after the fall of Communism, there is only one enemy of democracy (in other versions – the United States) left – Orthodox Christianity”. The statement, according to the author, was made by an American diplomat Zbigniew Brzezinski. On October 29, the host of TV Obiektivi, Valeri Kvaratskhelia, also noted that Brzezinski’s book “The Grand Chessboard” portrays Orthodox Christianity as the primary enemy of the United States after the fall of Communism. 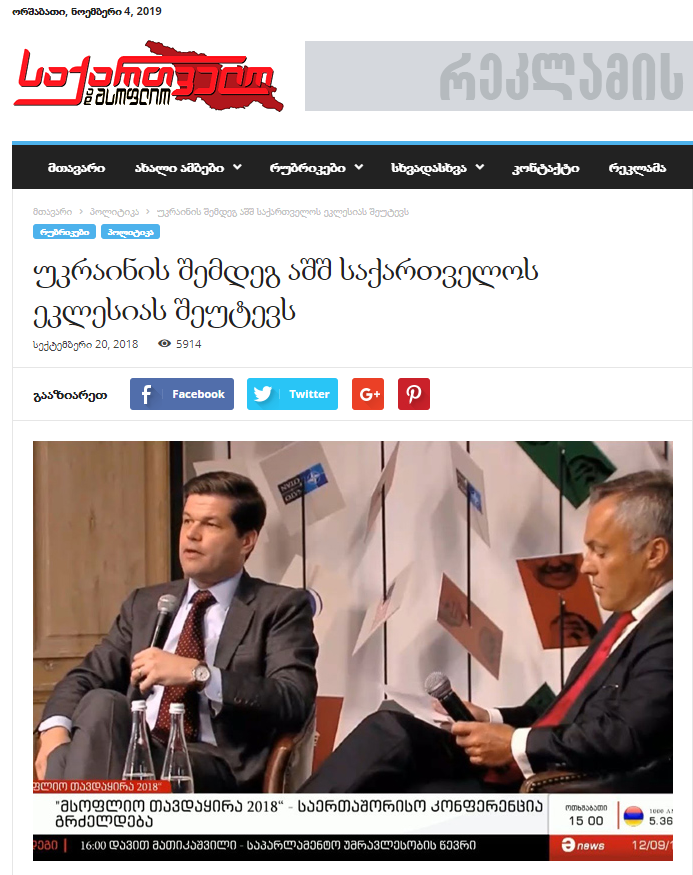 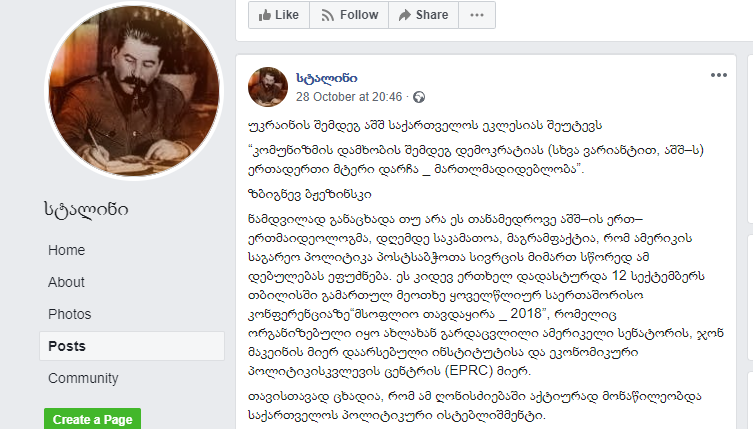 The aforementioned statement cannot be found in Zbigniew Brzezinski’s book “The Grand Chessboard”. The author used Orthodoxy/Orthodox Christianity five times, but not in the form or context, indicated by the aforementioned sources. On the one hand, Brzezinski writes that Communism betrayed the Russian Orthodoxy, while, on the other hand, he talks about the dogmatic, orthodox doctrine of the Soviet Union. 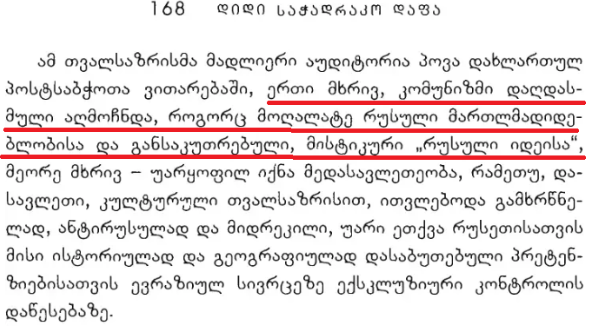 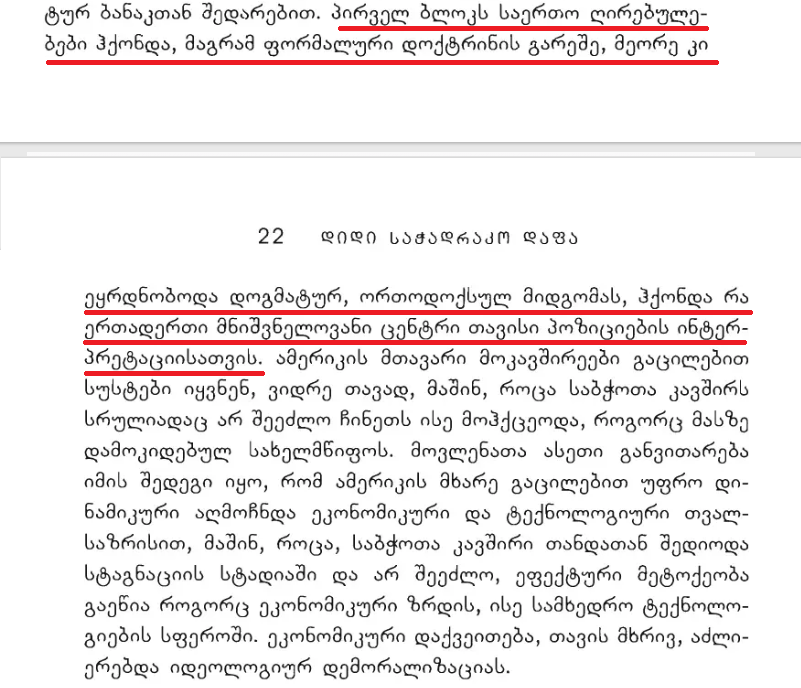 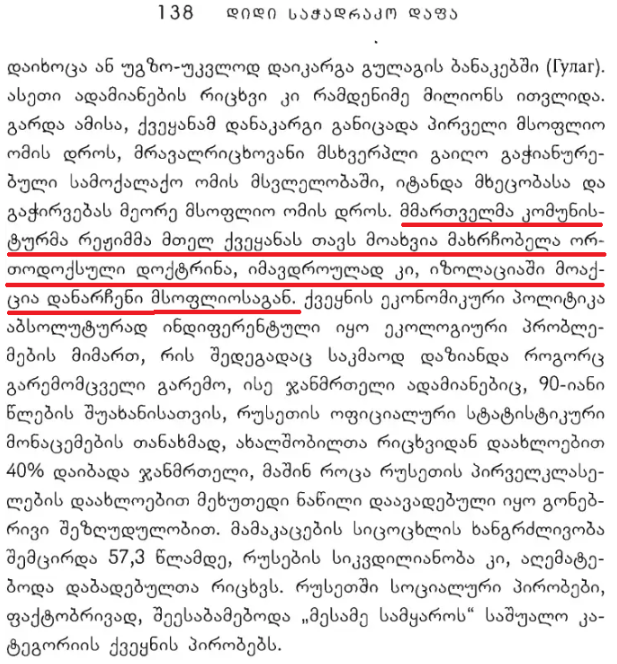 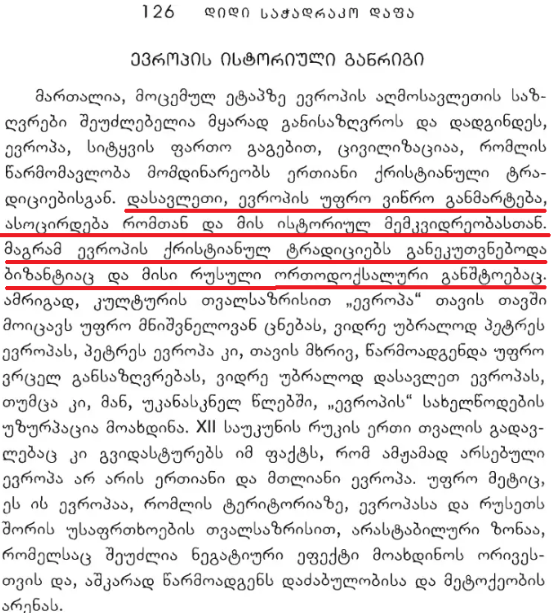 Moreover, according to EU vs Disinfo, there is no evidence of Brzezinski making such a statement publicly. Sources include only one case when he was asked, who was the #1 enemy of the United States, however, Brzezinski responded that the United States does not have a #1 enemy. 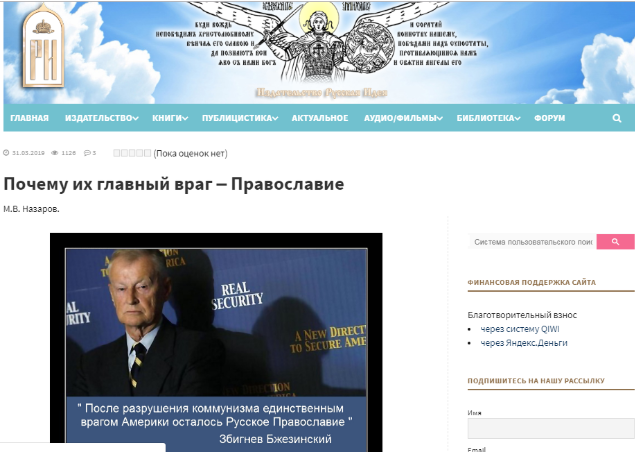 Zbigniew Brzezinski had become the target of the pro-Kremlin media earlier, as well, through another fake quote, which reads – “the 21st century will be built at the expense of Russia, on the ruins of Russia, and against Russia”.

Brzezinski’s colleagues, in their comment with the Polygraph, state that the dissemination of fake statements is a part of Russian propaganda. 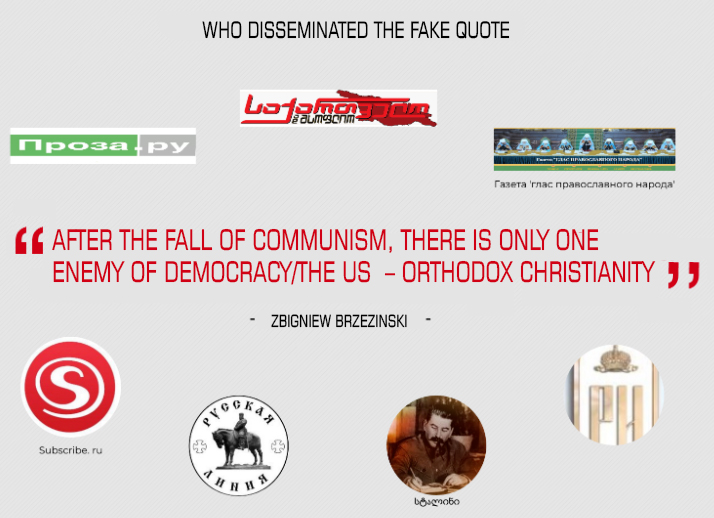