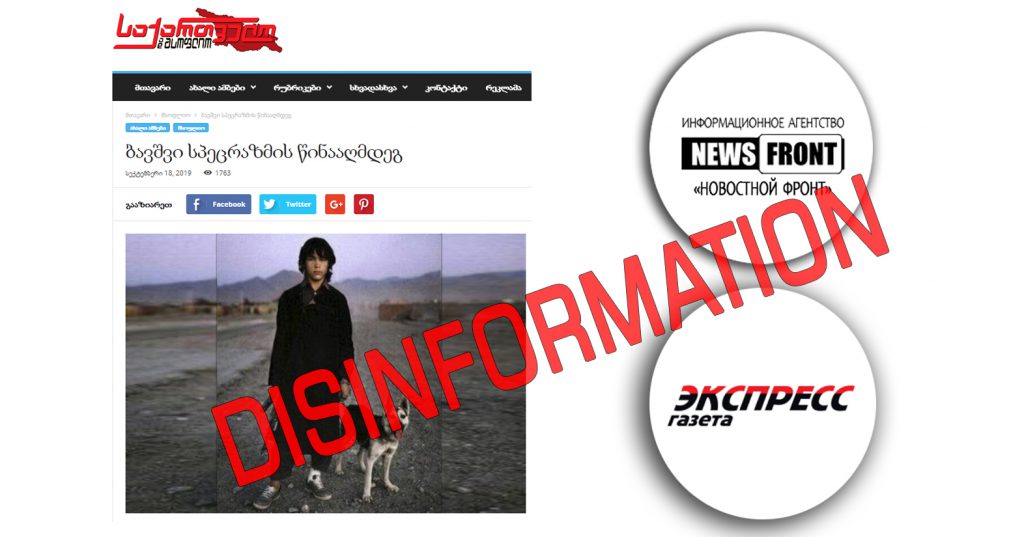 On September 18, 2019, an online edition Georgia and World released an article headlined “A Child against Riot Police.” The article is about Saddam Hussein’s grandson, Mustafa Hussein, who, according to the online edition, has been recognized as the most fearless child of the 21st century in the article authored by Robert Aisk, The New York Times journalist.

Georgia and World: “An American newspaper The New York Times has named “the most courageous and fearless boy of the 21st century. It is strange, but even the Americans recognize that this guy, who confronted American riot police alone, is a real hero. This guy is Mustafa Saddam Hussein.”

Georgia and World has spread a fake news story, which is not proved by any reliable source. The New York Times reporter Robert Aisk does not exist in nature. The same information can be found only in Russian-language and doubtful online media outlets. In addition, the photo used as an illustration depicts an Afghan boy rather than Mustafa Hussein.

The New York Times first wrote about Mustafa’s death on July 23, 2003, then in August 2003 and finally in 2007. The American newspaper has never named Mustafa Hussein as the most courageous and fearless boy of the 21st century.

Journalist Robert Aisk invented by Georgia and World as well as pro-Kremlin media outlets, in fact, is Robert Fisk, The Independent’s multi-award-winning correspondent, covering the developments in the Middle East, including under Saddam Hussein’s rule, for more than 40 years. In 2003, he published a critical article in The Independent about the special operation in Mosul and funeral of Hussein’s family members. He also mentioned Mustafa’s death. The article involves comments from a local resident, Felah Shemari, who calls the boy “a hero and a martyr.”

The same article with an identical photo can be found in Russian media outlets. Pro-Kremlin news agency Новостной Фронт is among them. The Myth Detector has already implicated the latter in spreading disinformation and Russian governmental messages for multiple times. 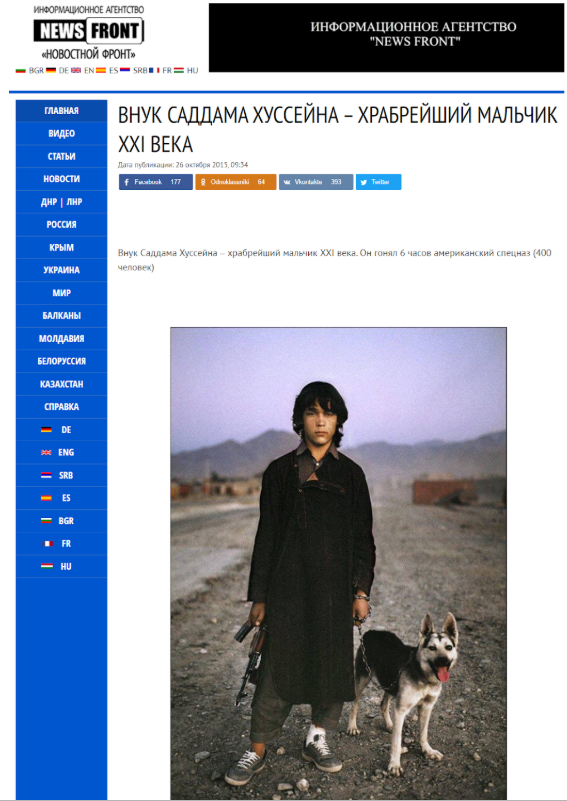 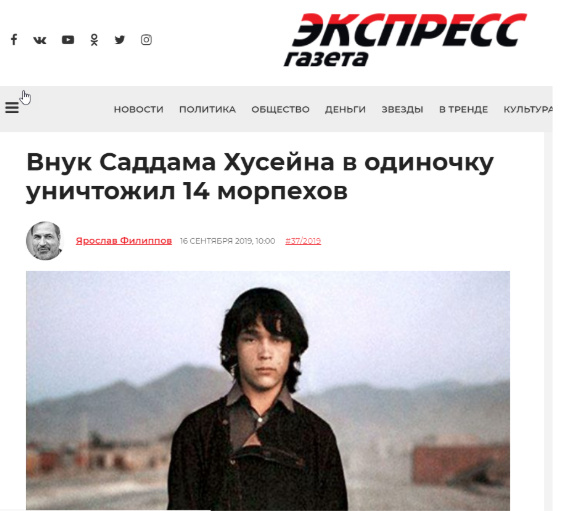 The photo used in the article depicts an Afghan boy

Georgia and World, as well as pro-Kremlin editions are using the photo as an illustration and it depicts an Afghan boy rather than Mustafa Hussein. According to the photo metadata, it has been taken in Kandahar in 1992 and its copyright is owned by American photographer, Steve McCurry.

The Facebook pages supporting the present government of Georgia, “INFO ინფო” and “Public Opinion საზოგადოებრივი აზრი” shared the news story released by Georgia and World at a one minute interval – at 12:29 and 12:30 – without referring to the source. The both pages were created in February 2018 and they share almost identical materials. 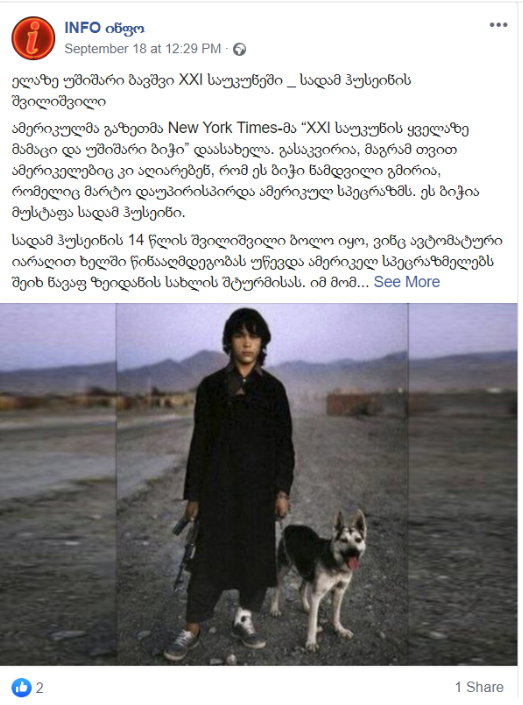 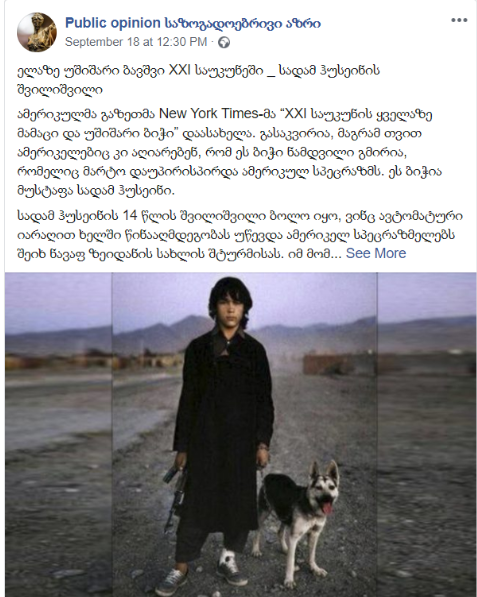