Geworld.ge Links the Use of foul Language in Georgia with the Dulles Doctrine 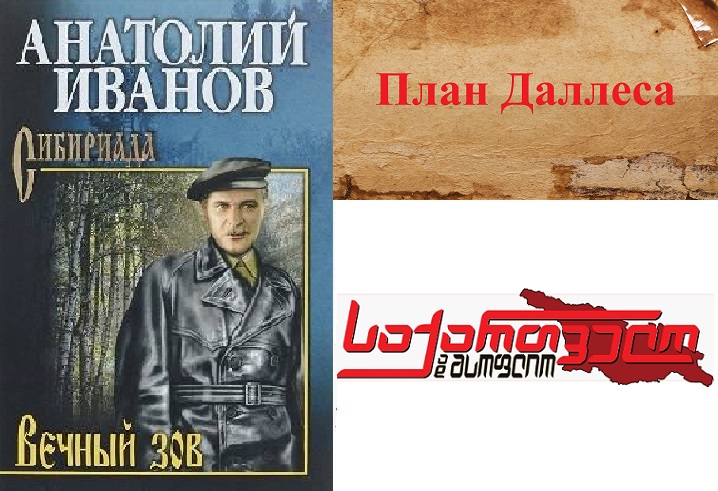 On June 29, an online newspaper Geworld.ge released an article titled “Why the Sons of Bitches have Multiplied”, where journalist Giorgi Kordzadze claims that over the past two decades Georgia has been washed away by the wave of spiritual, physical and cultural disasters. One of the components of this wave is a foul language heard from a number of programs, among them a TV serial “My Wife’s Best Friends” on Rustavi 2 TV, “Skhva Rekursi” on Imedi TV as well as a feature film “Taxi.” The journalist claims that this situation has been created deliberately by so called globalists, actually by the world financial mafia, and a fragment from the so called Dulles Doctrine is provided to prove the above words. Following the quotation, the journalist admits that these words do not belong to Allen Dulles, but adds that this extract has been taken from the U.S. Post-War Doctrine created in 1948.

“A certain liberast will now argue that these words do not belong to Allen Dulles and that it is “a fake. Although this devil’s mumbling has not been written by Dulles, but this document has an official name “The United States Post-War Doctrine” and it was created in 1948.”

The myths about the Dulles Doctrine represent the famous Post-Soviet conspiracy theory, which are periodically disseminated in both Georgian and Russian tabloids, as well as social networks. In reality, the quotations referred to as the Dulles Doctrine actually are the words of one of the characters of Eternal Call, a novel by Soviet writer Anatoli Ivanov, while the U.S. Post-War Doctrine is the U.S. National Security Council Directive NSC 20/1, which has nothing to do with Allen Dulles.

Fact No.1. The quotations from the so called Dulles Doctrine belong to Officer Polipov, a character from Eternal Call (Вечный зов), a novel by Soviet writer Anatoli Ivanov.

The novel tells the story about Soviet officer Polipov, who was captured by the Nazis during the World War II; he was interrogated by SS officer, who turned out to be his old acquaintance – former member of the Imperial Gendarmerie, Lakhnovski. Surprisingly, the latter disclosed Hitler’s secret plans to Polipov, which aimed at destruction of Soviet (Russian) people through the so called fifth column established in Russia (See a fragment from the book’s online version, p.34).

This conspiracy theory first appeared in 1993, in an article published by Metropolitan Ioane (Johan) titled “A Struggle for Russia” and it is still popular in Russian online media (Novorossiya, Journalist Speaks (Журналист говорит)). Tens of Russian language videos have been uploaded on YouTube, where Lakhnovski’s monologue is portrayed as a proof of the United States’ unrestrained desire to destroy Russia. Various Georgian media outlets, among them Asaval-Dasavali, Geworld.ge and Kviris Palitra have also disseminated disinformation about the Dulles Doctrine at various times (see the table below).

Fact No.2. “The United States Post-War Doctrine” referred to by the journalist as the documentary proof of quotations actually represents the U.S. National Security Council Directive NSC 20/1. Although the document has nothing to do with the Dulles Doctrine, Russian sources frequently use it in the so called Dulles Doctrine conspiracy context.

The U.S. National Security Council Directive NSC 20/1 was released on August 18, 1948 and it outlines the U.S. objectives with respect to Russia. It has nothing to do with Allen Dulles. Conspiracy versions of the document were first developed by Soviet historian, Nikolay Yakovlev in his 1983 book CIA against USSR. Yakovlev, who collaborated with KGB, writes that according to the U.S. National Security Council Directive NSC 20/1, the United States aims to weaken Moscow’s political influence and change its foreign political vectors in line with the U.S. interests.