Geworld Disseminated Fake Information on the Number of Muslims in Europe 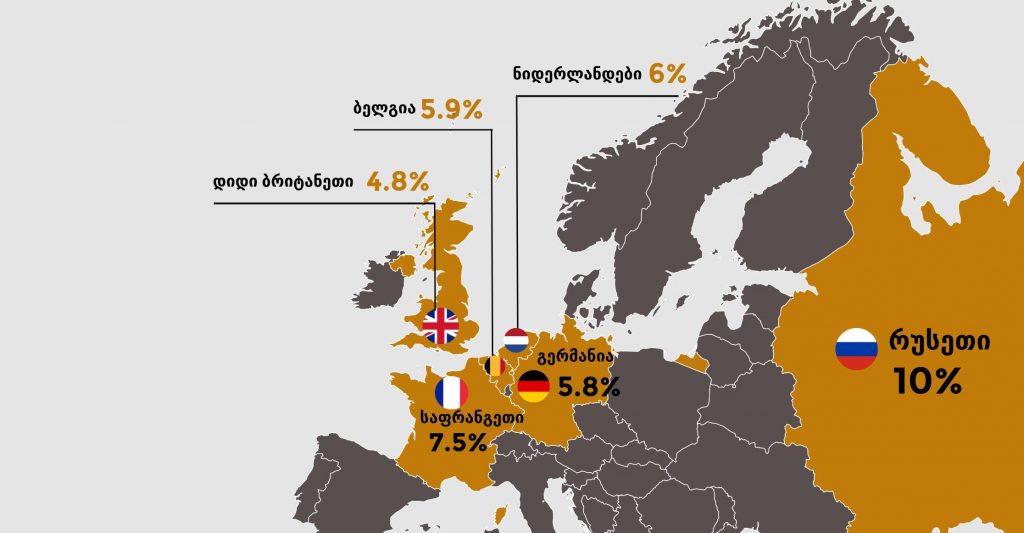 On October 6, 2017, an online-edition Georgia and World published an article  titled “Mosque of Our Lady of Paris” (reference to Notre-Dame de Paris). The author reviews the migrant crisis, terrorism and demographic problems of Europe and Georgia in a single piece. The author offers the demographic statistics of France based on data by Robert Delieu, a French journalist, and does not name the source when writing about the statistics of other European countries.

The article notes that by 2030, 25% of the population of France will be Muslims and foreigners will constitute 40% of the population, and that the fertility rate has catastrophically decreased in France. According to the edition, the number of Muslims increased from 80 thousand to 3 million in the recent years, whereas in the Netherlands and Belgium, 50% of all newborn babies are Muslim, while in Germany, Islam will be the dominant religion by 2050.

Part of the statistics mentioned by Geworld.ge is fake and do not correspond to the official data, while the other part is either incomplete or manipulative and aims to incite negative attitudes and fear towards Muslim community among readers.

Fact #1: The share of Muslim population does not exceed 6% in UK, the Netherlands, Germany and Belgium.

Fact #2: Russia has the highest rate of Muslim population in Europe.

In addition, also according to Pew Research, Russia currently has the highest rate of Muslim population in Europe – 10%. 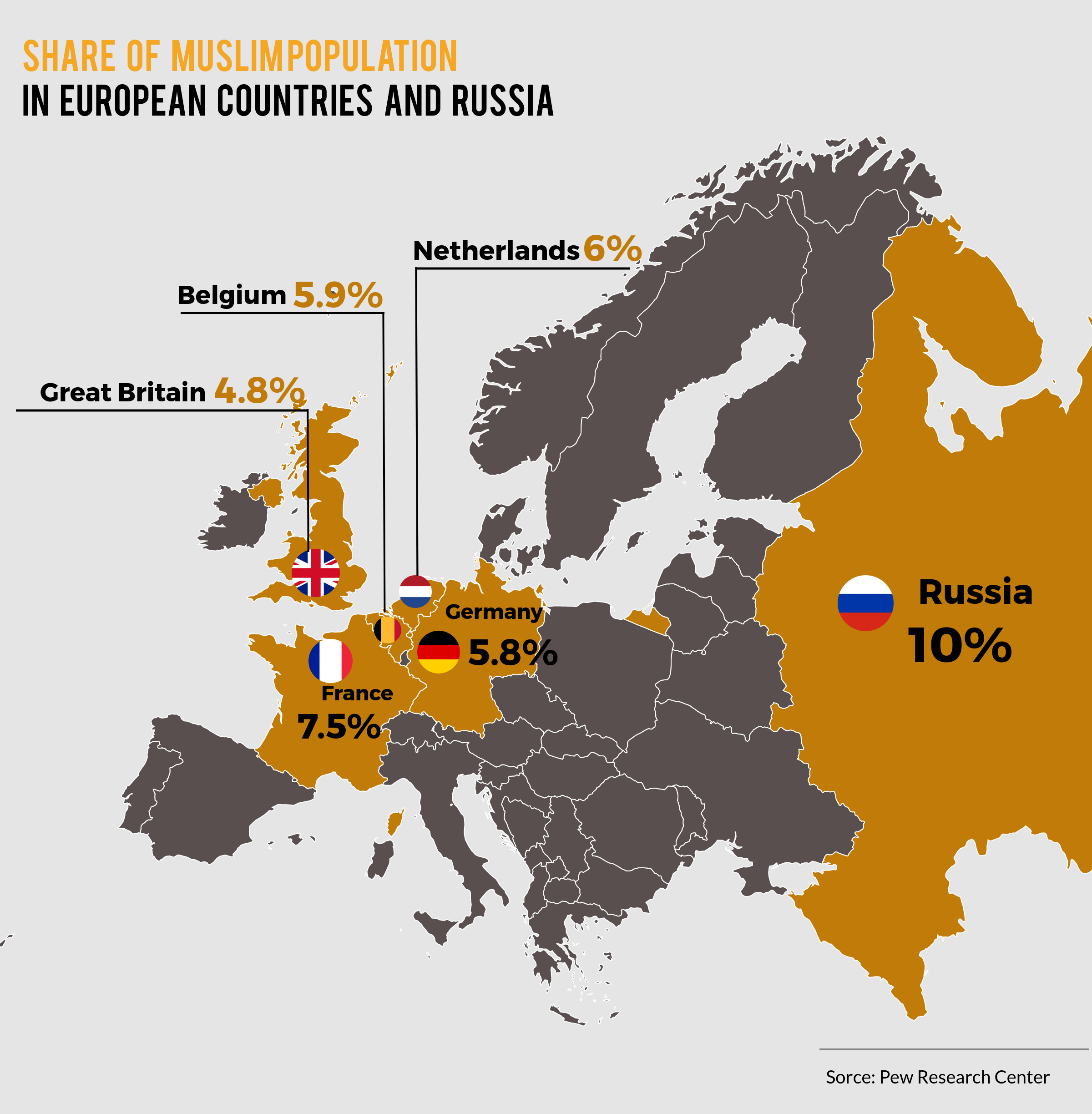 The Pew Research Center’s research on religion and public life tries to project the approximate amount of Muslim population in the countries of the world by 2030. According to this research, France’s projection is only 10.3%, not 25%. Fact #4: The number of population is increasing in France.

According to the World Bank data, the fertility rate of France has been on the rise since the 90’s. Fact #5: Most of the babies born in France have two French parents.

According to the 2016 data of the French National Institute of Demographic Studies (Institut National D’études Démographique), 69.6% of all babies born in France had two French parents, in case of 15.2% one of the parents is a foreigner and in 15.2% of the cases both parents are foreigners. Fact #6: There are more migrants from other European countries in France, rather than from Africa.

It is noteworthy that, according to the  data from the same institute, 7.3 million (11% of the population) people born in France in 2015 had at least one migrant parent, out of which 45% had European descendance, while 31% were from Maghreb countries (Morocco, Algeria etc.). Out of all  migrants that entered France in 2015, 100,000 were from Europe and 90,000 were from Africa. Identical fake statistics about the Muslim population were published on March 30, 2009 on YouTube by a user called friendofmuslim, who does not indicate the sources of the statistics.

Robert Delieu, who Georgia and World bases on, is known as Robert Belieu and his identical citation can be found in an article by Arguments and Facts (Аргументы и факты) about the migration issues in Europe.

“Naïve hopes of the French that the immigrants would assimilate were breaking in pieces – sighs an independent journalist Robert Belieu. What a great scandal it was when they banned Paranja [Burqa]! Manifestations, fights against police, many parents took their daughters out from schools and started to home-school them. According to estimates, in 2030 there will be 25% of Muslims in France and 40% of foreigners in total: fertility is on the decline in France, however, it has been increasing among the guest workers. The biggest cities – Paris, Lyon, Marseille – are abundant with ethnic ghettos, where imams of mosques are the main authorities. In March 2012, an Islamist, Mohammed Mera shot seven people in Toulouse, including three children. Several days ago, in Reims, a person eating a sandwich with ham in the street got beaten up. The immigrants were offended by the pork… I do not want to think, to what our country will turn.”