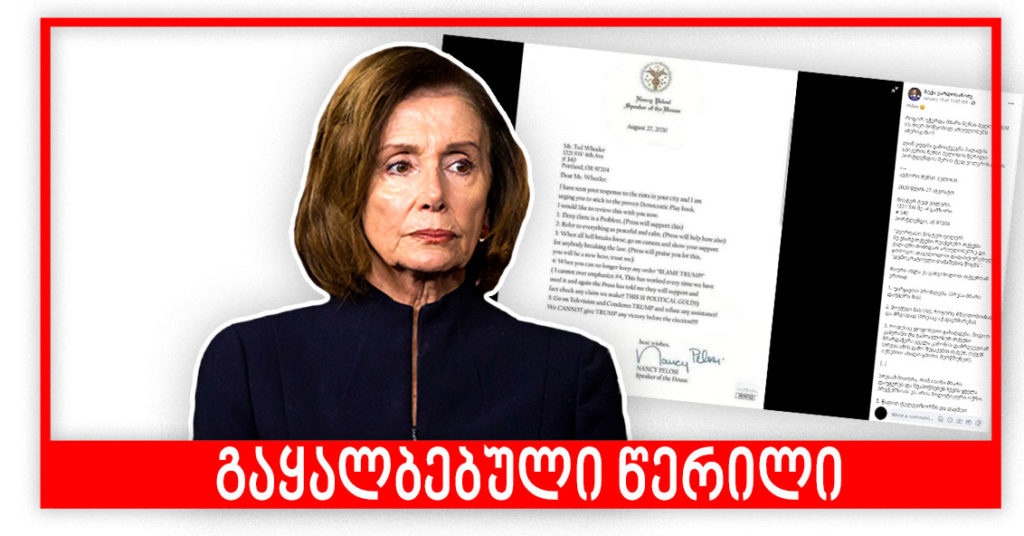 On January 10, a Facebook user Beka Vardosanidze, a Georgian supporter of Donald Trump, published a post claiming that a letter written by Nancy Pelosi to the Mayor of Portland had been leaked, showing that the Speaker of the United States House of Representatives supported the Black Lives Matter (BLM) movement in Portland and asked the Mayor of the city not to hinder the civic activists from what they were doing. The post includes a photo of Pelosi’s fake letter, and the author provides a Georgian translation of the letter in the caption of the post. 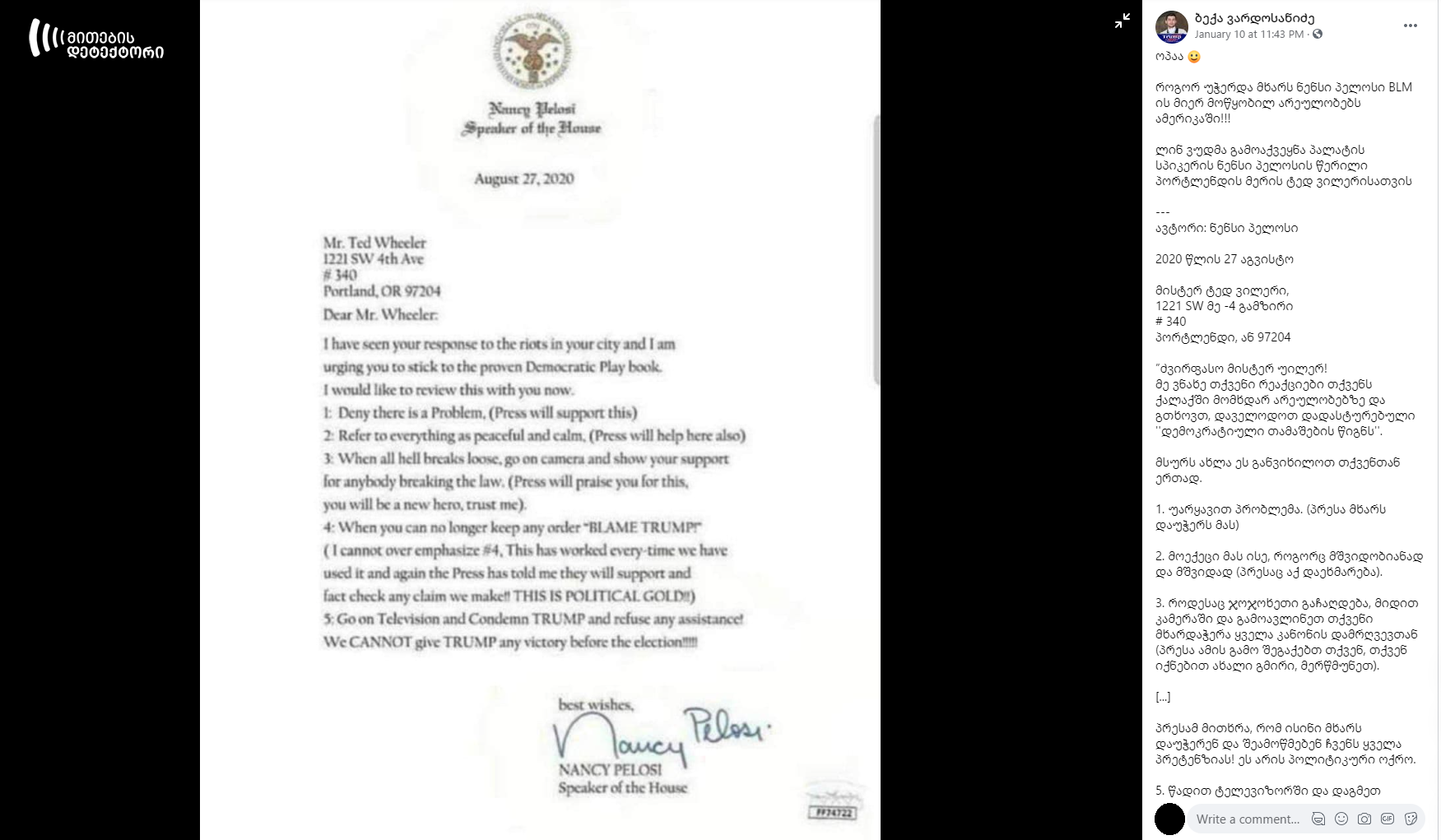 The letter shown in the post is fake and contains grammatical errors. Neither Pelosi’s press service nor that of the Mayor of Portland confirm the existence of the letter.

The letter, allegedly written by Nancy Pelosi to the Mayor of Portland, Ted Wheeler not to adopt strict measures against the BLM activists and not to support Trump, was initially disseminated in the United States. Fact-checking platforms PolitiFact and Associated Press have already checked the authenticity of the letter. Drew Hammill, Deputy Chief of Staff, denied the authenticity of the letter with PolitiFact. In his talk with the Associated Press, Tim Becker, the Interim Director of Communications in the Office of the Mayor of Portland, stated that the Mayor had not received such letter from Nancy Pelosi.

Both fact-checking organizations point out that the grammatical errors in the letter indicate that it cannot be an official correspondence and is not characteristic to Nancy Pelosi’s letters. Moreover, according to PolitiFact, Nancy Pelosi’s letters to officials are public and they can be browsed on the Internet, for comparison’s sake.

Nancy Pelosi’s fake letter, dated August 27, has been disseminated by American Trump supporters on social media. Initial posts indicated that the letter was found on Nancy Pelosi’s laptop during the riot in the US Capitol. By disseminating the fake letter, Trump supporters tried to strengthen the opinion that Democrats supported the anti-racist movement, BLM, against Trump. Interestingly, the letter has been widely circulating on Parler (social network platform) as well, which has been banned by Google, Amazon, and Apple for inciting violence and hatred.

The organization called BLM, or Black Lives Matter, was founded in 2013. It currently is a decentralized network fighting for rights of black people in the United States, Canada, and the United Kingdom. It found international resonance following the protests organized in response to the murder of George Floyd by a police officer on May 25, 2020.