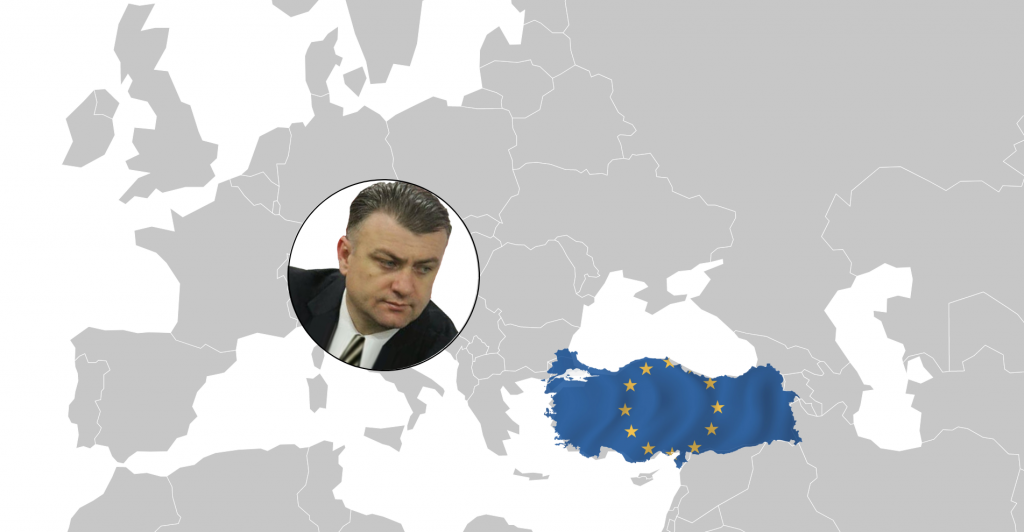 On May 20, a nationalist Facebook page Georgian Idea shared a video shared by iNews on March 19. The video shows a pride rally held by LGBT community in Istanbul in 2015. Turkish police used water cannons, rubber bullets and tear gas against the participants of the rally. In the caption to the video, Georgian Idea endorsed the actions of the Government of Turkey and labelled Turkey as not only a member of NATO, but of EU, as well – something, that has been Turkey’s unachieved objective for 31 years, since 1987.

Georgian Idea: “[Turkey] is a member of both the EU and NATO, but, unlike our puppet government, it does not give in and create greenhouse conditions to the corrupt TV companies, but rather obstructs the propaganda of this sodomy…”
May 20, 2018 About “Georgian Idea”. According to the Public Registry data, the public movement Georgian Idea was registered as a non-commercial legal entity on 21 February 2014, on the basis of the application from Levan Chachua. The list of persons authorized to run the entity includes Levan Chachua as the chairman of the movement and Guram Palavandishvili, a representative of “Georgian Demographic Society 21” as a member of management committee. On 31 March 2014, the entity was deregistered by the Public Registry on the basis of application from Levan Chachua. On 16 December 2014, at a news conference held in the international press center of RIA Novosti in Tbilisi, the establishment of a new political party, Georgian Idea, was announced by the chairman of the party Levan Chachua The political party ran for the 2016 parliamentary elections. The party list submitted to the Central Electoral Committee was led by Levan Chachua who was followed By Aleksandre Bregadze, currently a leader of ultra nationalistic movement “Georgian March”.

Levan Chachua was a member of Orthodox Parents’ Union and was arrested in 2010 for extremist behavior in Kavkasia TV company when he, alongside other members of Orthodox Parents’ Union, burst into the studio during the live television broadcast and engaged in physical altercations. The Tbilisi City Court sentenced him to 4.5 years in prison for the violation of Paragraph 2 of Article 154 (Unlawful interference with the journalist’s professional activities) and Paragraph 2 of Article 239 (Hooliganism) of Criminal Code of Georgia. The newly elected parliament in 2012, released Levan Chachua with the status of political prisoner. The section “About Us” of the Facebook page of Georgian Idea names the launch of direct negotiations with Russia for de-occupation of the country as one of the aims of the political union Georgian Idea. The movement often conducts various actions and is distinguished for its homophobic and xenophobic statements.