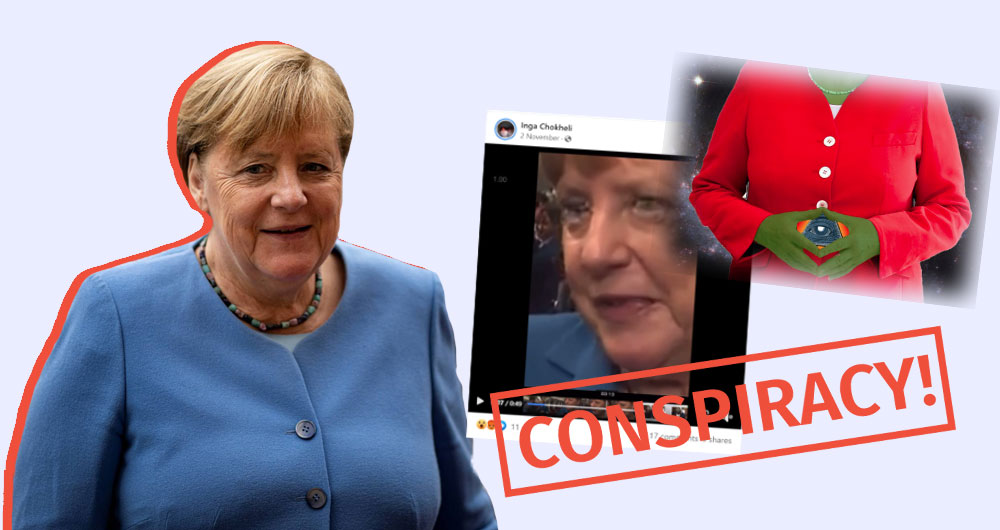 On November 2nd, Facebook user Inga Chokheli posted a video showcasing the face of former German Chancellor Angela Merkel in slow motion. While blinking, Merkel looks strange and unnatural. In the comments section, Facebook users explain that Merkel is a “lizard” reptile; she and others like her are immortal and “have ruled the earth for millennia.” 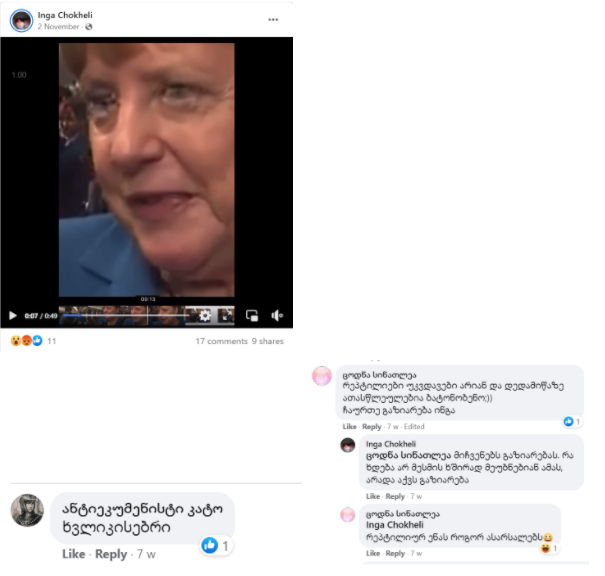 The claim that Angela Merkel is a reptile is a conspiracy theory. In fact, the full version of the video shows the shot being frozen several times, and a similar doubling effect appears in other parts of the shot besides Angela Merkel’s eyes.

Angela Merkel’s video was shot on June 1st, 2016, at the opening of the Gotthard railway tunnel in Switzerland. The footage is taken from a tagesshau TV story.

Angela Merkel’s interview was recorded on an underground train. In fact, the footage really becomes blurry for a few seconds, which reflects on Angela Merkel’s eyes and gives her an unnatural, double look while blinking. Nonetheless, the full shot shows that such a blurring effect also appears on Angela Merkel’s hand and the journalist’s shoulder.

Based on this video alone, conspiracies about Merkel being a reptile have been circulating since 2016, with only the face of Merkel being cut in the videos and omitting the full-length footage.

The fact that Merkel trembled while listening to the German anthem during a meeting with Volodymyr Zelensky in 2019 was also used to disseminate false claims about the former Chancellor being a lizard. It was later found that the chancellor had not drunk water for some time, and after drinking three glasses, she felt better.

The German programmer used conspiracy theories about Angela Merkel in a fun video game created before the 2017 Bundestag elections.  In Bundes Fighter II, Merkel is presented as a reptile. 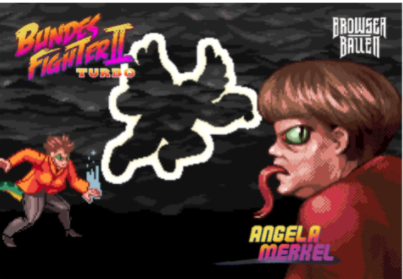 The conspiracy theory that the earth is ruled by reptilian aliens and that world leaders are disguised reptiles in human form has been around since 1998. According to the followers of the conspiracy theory, the ranks of reptiles include Elizabeth II, Elon Musk, Barack Obama and many other celebrities. Read more about reptiles in “Myth Detector” materials:

False claims about the opening of the Gotthard railway has been fact-checked by “Myth Detector” in the past as well: