Georgia v. Russia – who won for whom in Strasbourg? 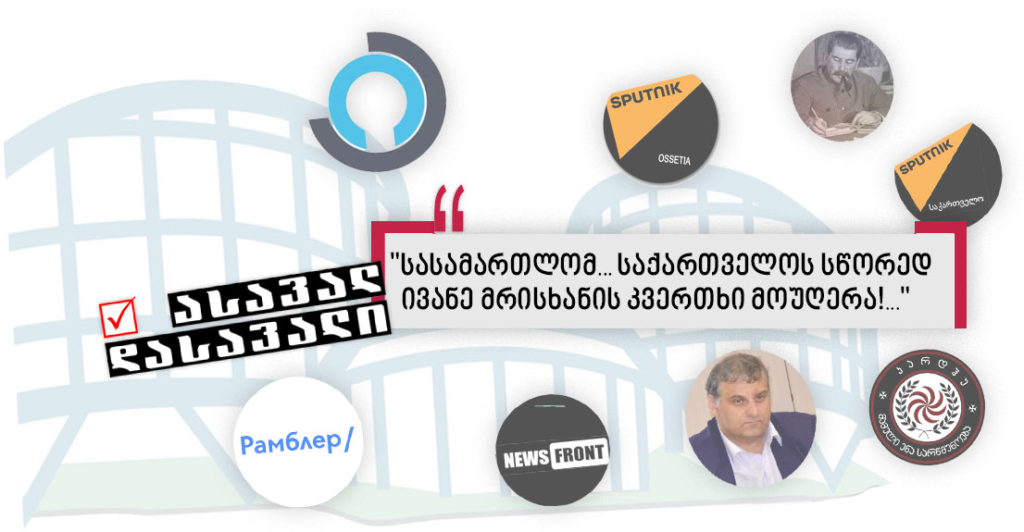 On 21 January 2021, Grand Chamber of the European Court of Human Rights announced its ruling on the case of Georgia v. Russia over the 2008 Russia-Georgia war and found Russia guilty on key points listed in the application lodged against Russia. According to the judgment of the Strasbourg Court, the Russian Federation exercised effective control over the territories of Abkhazia, so called South Ossetia and a “buffer zone” and it is responsible for the violations of the rights of Georgian citizens in that period. The Georgian side described the verdict of the Strasbourg Court as a “historic victory” that confirmed, on the international level, the occupation of Georgia’s two regions by Russia and ethnic cleansing carried out there after the 2008 conflict. The US Embassy issued a statement saying that the court ruled “clearly in favor of Georgia.”

Comments about the court’s ruling were made by Russia as well as representatives of de facto government of so-called South Ossetia. Georgian media outlets and groups of pro-Kremlin and anti-liberal inclinations echoed the official narrative of the Russian side. Myth Detector provides an overview of main messages of these actors.

The de-facto president of occupied South Ossetia, Anatoly Bibilov, also commented on the European Court’s verdict and described it as “unilateral” and “politicized.” Bibilov said that the document published on 21 January “has little to do with true events and facts.” Bibilov’s statement was published by pro-Kremlin news outlets sputnik-ossetia and News Front.

The narrative of pro-Kremlin media and anti-liberal groups about the ruling of the European Court promoted several main messages. The Kremlin’s propagandist media outlets: sputnik-georgia and sputnik-ossetia, as well as Georgian-language pro-Russian online editions: tvalsazrisi.ge, Georgia & World, and News Front, and members of the Eurasian Institute, engaged in circulating the official narrative of the Russian side and focused on those points of the court verdict that were favorable for Russia. Other messages of pro-Russian and antiliberal groups have promoted the idea that the court’s ruling cannot change anything for Georgia and will not play any role in de-occupation process, but may irritate Russia and create additional threats.

It is worth noting that the message of pro-Kremlin News Front and the head of the Eurasian Institute was identical, though it was published in various media under various names.

About the decision of the Strasburg Court on the case Georgia v. Russia

Georgia applied to the Strasbourg Court regarding the 2008 Russia-Georgia armed conflict on 11 August 2008, while a full application was filed on 6 February 2009. The application concerned a violation of eight Articles of the European Convention, including the right to life; prohibition of torture, inhuman or degrading treatment or punishment; the right to liberty and security; protection of property; freedom of movement, etc. During a 12-year-long dispute, the court examined hundreds of evidence and heard testimony of 33 witnesses.

The court was guided by standards of “effective control” and extraterritorial jurisdiction, when holding Russia responsible for the violation of human rights. According to the ruling published on 21 January, the Russian Federation exercised the effective control over Abkhazia and so-called South Ossetia after 12 August and therefore it is fully responsible for the human rights violations. The court held that human rights violations after 12 August were “administrative practice” and “official tolerance” by the Russian military authorities.

The main issue of manipulation by the Russian side was that part of the application which concerned 8-12 August. According to the court, in contrast to the period after 12 August, during the active phase of hostilities in 8-12 August none of the parties exercised “effective control” and the court declared that part inadmissible. This does not mean that the court denied human rights violations during that period; the European Court indicated that the active phase of hostilities is a matter of the international humanitarian law and individual disputes can be considered in the Hague court.