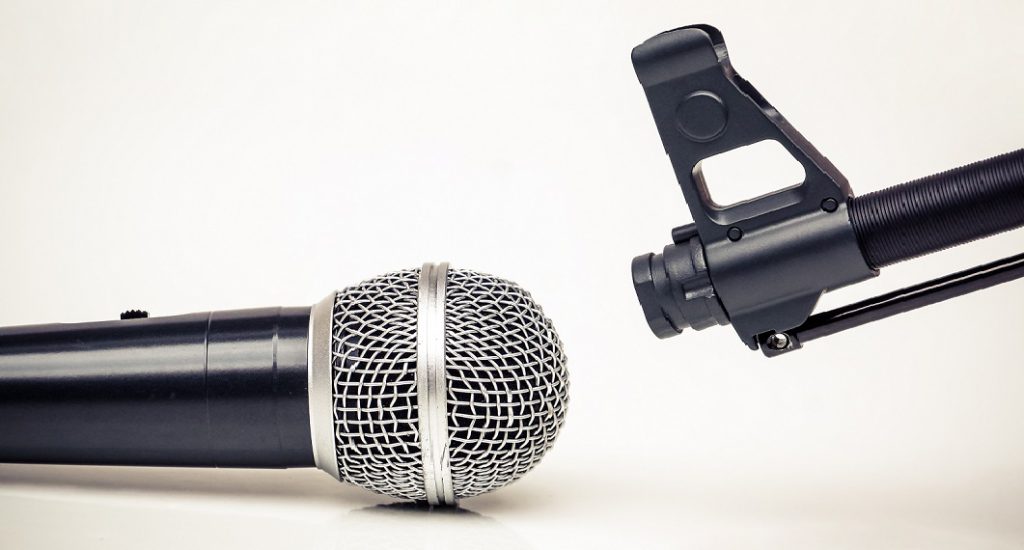 Disinformation and propaganda are currently the biggest threat to national security, says Nino Goguadze, MP in Georgia and the former member of the parliamentary inquiry group dedicated specially to there for these issues. The group was launched earlier this year – not as a response to any specific event, Goguadze elucidates – in order to analyze the threats of fake news especially on social media. Fake articles and online propaganda are a huge issue for Georgia which has only 30 years ago become independent from the former Soviet Union and still is being in a state of conflict with its big neighbor. Without directly pronouncing it, Russia is the elephant in the room in our talk with Goguadze.

The issue of cyber warfare is getting more serious, since in the end of October a major hacking attack was launched against thousands of Georgian official websites, including media outlets, NGOs, banks and businesses as well as federal agencies, administration and even the acting president’s office. These websites either were offline entirely or they were accessible but showed only a picture of former president Mikheil Saakashvili with the text: „I’ll be back.“

At the time of writing, it remains unclear whether Saakashvili, whose United National Movement party governed Georgia from 2004 to 2012 and who was president for two consecutive terms until 2013, is behind this large-scale hacker-attack, or if it was more likely a demonstration of Russian power directly orchestrated by the Kremlin, as many observers and experts suggest. It remains unclear also, why exactly now this attack was launched, nowhere near to the next (scheduled) elections and in a time of no particular change in the relations between the two countries, which however still remain tense.

„We don’t have enough information about the attack. I do not want to speculate on anything“, is Goguadze’s only comment. Regarding the challenge of fake news in Georgia, she is referring to her comitee’s first report, which is supposedly public and will be released supposedly in 2020.

The issue of fake news is huge, says also Tamar Kintsurashvili, former director general of the Georgian Public Broadcaster and director of Media Development Foundation in Tbilisi. „As a result, as much as one third of the 18- to 34-year-olds do not trust any TV-station“, she quotes a recent study – that is in a country, where TV is still the first and most important source of news for more than 70 percent of the population. The reason for this mistrust is to a large extent the wave of fake news coming from Russian media outlets, deflective sources and Facebook channels into the newsfeeds of thousands of Georgians.

These fake news hosts claim that European Union wants to enforce „LGBT-culture“ and „wrong“ values in Georgia, a deeply conservatice country where the Orthodox church holds tremendous power. They claim that the US are developing biological weapons in a Georgian lab which actually is a research center for biomedicine and infectious diseases. Or they suggest that an accession to NATO would make Georgia poor due to surging military expenses, ignoring the fact that these expenses are already extremely high now.

And of course there is a state of occupation in two Georgian provinces. Since the Russo-Georgian war in August 2008, Abkhazia and the Tskhinvali Region (“South Ossetia”) were occupied by Russia, 200.000 civilians were displaced, several hundred soldiers on both sides lost their lives. Up until today, these two provinces are controlled by Russia, which claims that the inhabitants of these regions strived for independence from Georgia. The occupation, according to the Russian version, was freeing them and brought them more autonomy. From the Georgian mainstream perspective however, the war and occupation of these two provinces were just another culmination in a series of confrontations and wrongdoings committed by Russia, both in the times of the Soviet Union as well as after its fall.

The current hacker attack was the biggest one since 2008, when another even bigger one occurred shortly before and during the outbreak of the war – back then the cyberwar was launched in Moscow, as evidence shows by now. „The most recent attack might be a test of our resilience and our ability to withhold such a paralyzation“, says Kintsurashvili. Perhaps the purpose and accountables  this time will never come to daylight. 90 percent of cyber-attacks in Georgia remain unresolved, and thus far, the biggest and most recent one is no exception.

When it comes to fake-news, however, it is easier to identify their origins and purpose, even if it is a need always easy to find ways to counter them. Organisations and websites such as Factcheck.ge and Myth Detector invest manpower, time and money in order to differentiate truth from fake and to rectify factually wrong or downright made-up stories or paragraphs. Especially the issues LGBT-rights and migration/refugees are still highly controversial in Georgia and causing signifacnt reactions on social media, often fuelled by hatred and prejudice. Even if it is only minorities of the population, or even just trolls or computer bots, who spread fake news about these groups, some parts of these articles also get caught on other readers with much more moderate views. In times of social media, it is easy to exploit feelings and destroy and poison public debates.

But not only the values of the „liberal West“ and the EU are being challenged online, also the recent and not-so-recent history is an object of dispute on the social media. „Russian media such as ‚Russia Today‘ and ‚Sputnik‘ are propagating that the Soviet Union was ‚on the right side‘ in World War II and did not commit any crimes whatsoever. By claiming this, they are forgetting that it was Hitler and Stalin who agreed on the destruction and apportionment of Poland, not to speak of the gulag-system“, Paata Gaprindashvili says. Gaprindashvili is the director of „GRASS Reformanda“, a multi profile think tank in Georgia which focuses, among other issues, on debunking fake news on the website factcheck.ge.

And the Russian propaganda succeeds, Gaprindashvili elaborates: „42 percent of the population believe that the dissolution of Soviet Union was bad for Georgia.  And even more, 57 percent say that Stalin played a mostly positive role in history.“ Of course, history proves them wrong, but these beliefs are still widespread in a country which just gained its independence less than 30 years ago from Soviet Union, who certainly had no interest of critically assessing and clearing up its own history.

About the parliamentary enquiry, Gaprindashvili is not too optimistic: „So far, almost nothing has been done. But at least the genie is out of the bottle now, and the issue has been recognized. Better late than never“, the NGO’s director says. Since serious efforts to fight and control fake-news from the government still are to be waited for, factcheck.ge will continue to separate truth from half-truth and from blatant lies. It is not an easy job: Gaprindashvili‘s team can only react to those messages which are already published, sometimes hours or even days after, when the damage is done. It takes time to properly assess the facts, double-check everything and finding accurate sources.

Until the fact-checking is done, more often than not already  other fake news are circulating, be it that „Westerners“ make fashion out of human skin or that typical Europeans have intercourse with animals (both seen online). But Gaprindashvili and his team don’t give up. The fight against this sheer amount of fake articles is an uneven battlefield, but in times of so many lies, the truth is more important than ever.

Florian Bayer
Freelance Journalist Especially for Myth Detector
The article is published within the framework of the project #FIGHTFAKE, which is implemented by MDF in cooperation with its partner organisation Deutsche Gesellschaft e.V.