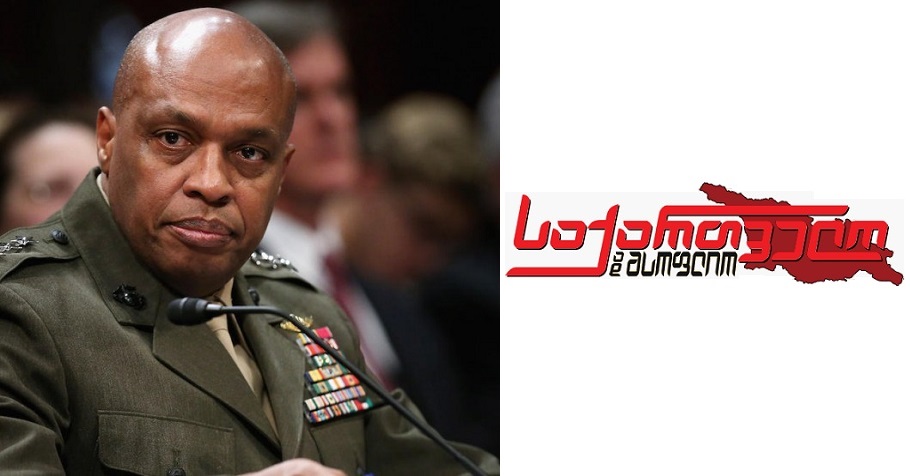 On May 31, 2017, an article titled “Pentagon does not Consider Ukraine as an Ally” was published on Georgia and World’s website, where the words of Lieutenant-General Vincent R. Stewart are “cited”: “Ukraine is a partner of the United States, however, I am not sure if it falls in the category of allies. I know that Ukraine is a strong partner, but I have not heard anything about us being in an alliance with Ukraine.”

The aforementioned words are a disinformation and do not represent reality.

On May 23, 2017, during his address to the Armed Forces Committee of the United States Senate, the Director of the Defense Intelligence Agency, Vincent Stewart has not made such statement concerning Ukraine. His statement underlined several issues regarding Ukraine:

Materials similar to the content and the title of that disseminated by the Georgia and World, were also published by Russian media outlets: 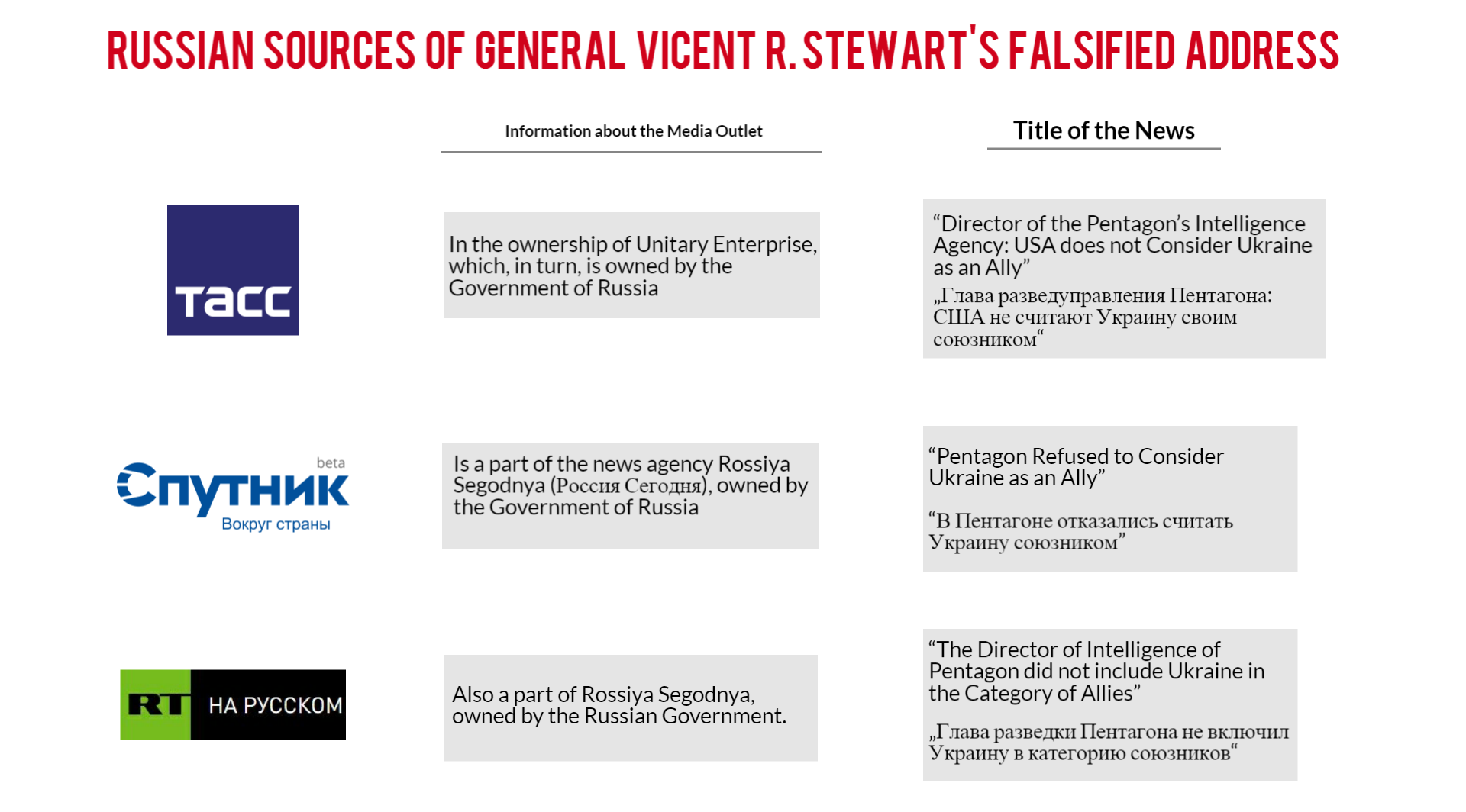