Gates Labels the Conspiracy About Nanorobots in Vaccine “Stupid and Strange” 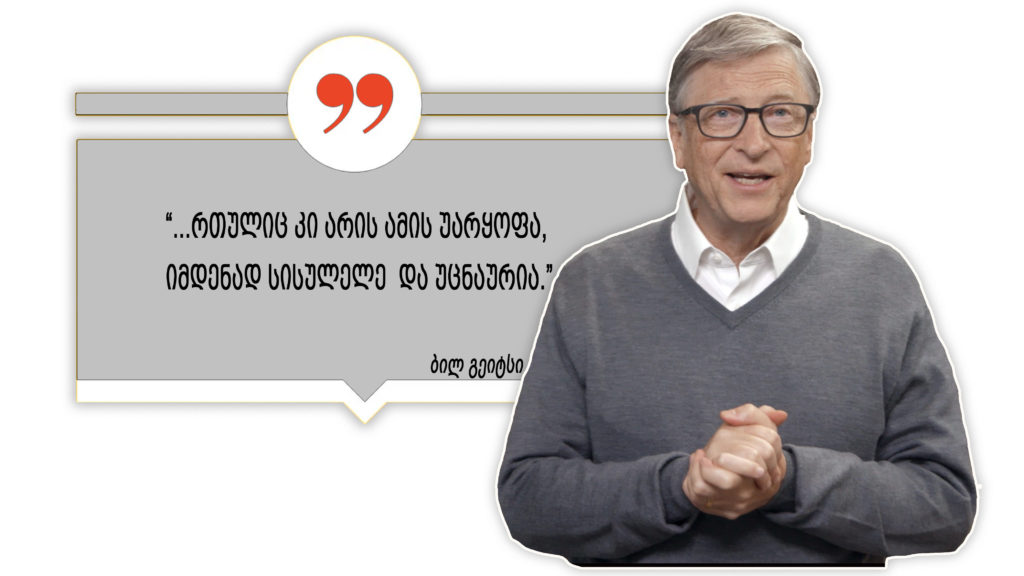 On January 11, a Facebook user Nino Bregadze published a post about vaccines. It cited a Greek computer specialist Giannis Bitzarakis, which claims that Bill Gates stated that the COVID-19 vaccine includes nanorobots and the second shot is needed to activate them via electronic energy. He says that vaccination equals suicide and adds that the vaccine is genetically modified and aims to modify DNA. According to the author of the post, a vaccinated individual is controlled by the “creator” of the vaccine.

The widespread information about Bill Gates allegedly claiming that the vaccine contains nanorobots and that it can be used to control vaccinated people is a conspiracy. In fact, Gates has never made such a statement. Moreover, according to specialists, this is impossible too.

The disseminated information that the coronavirus vaccine includes nanorobots or microchips, cannot be confirmed. BBC, CNBC, Reuters, and USA Today verified similar conspiracies. Bill and Melinda Gates Foundation, in their comment with BBC, denied the veracity of the given information. Bill Gates himself, in his June 3 meeting with journalists, stated that he found it hard to deny this information because it is “stupid and strange”.

Griffith University professor of infectious diseases, Nigel McMillan, told Agence France-Presse (AFP) that “no such technology exists at this time” that would allow robots or computers to be encased in the lipid nanoparticles found in the […] vaccine”.

Where does the conspiracy about nanorobots/microchips in the coronavirus vaccine originate?

According to BBC, this conspiracy originates in March 2020, when Bill Gates stated about “digital certificates” in an interview. These certificates would store recovery, testing, and vaccination data. However, these certificates are not microchips or nanorobots.

Another source of conspiracy could be a study, funded by the Bill and Melinda Gates Foundation in December 2019, which discusses the prospects of storing vaccination information with a special ink under the skin following the immunization. However, this technology does not have to do anything with microchips and is more like an invisible ink. According to Ana Jaklenec, one of the scientists involved in the study, the ink does not allow an access to personal information or surveillance. This technology has been created in the Massachusetts Institute of Technology to allow medical workers to obtain information about child vaccination in developing countries where medical systems are not well-functioning. The dot, made with the ink, will only last five years. It is noteworthy that trials have only been conducted on animals – it has not been tested on children and has never been used in practice.

The conspiracy about Bill Gates allegedly claiming that he intends to create a chip-like vaccine, was also circulating in Georgia in October 2020. The post came with a photo of Gates, taken at his 2015 TED Talk, where he never mentioned anything similar.