From Sharpeville Massacre to the Soviet Guilt 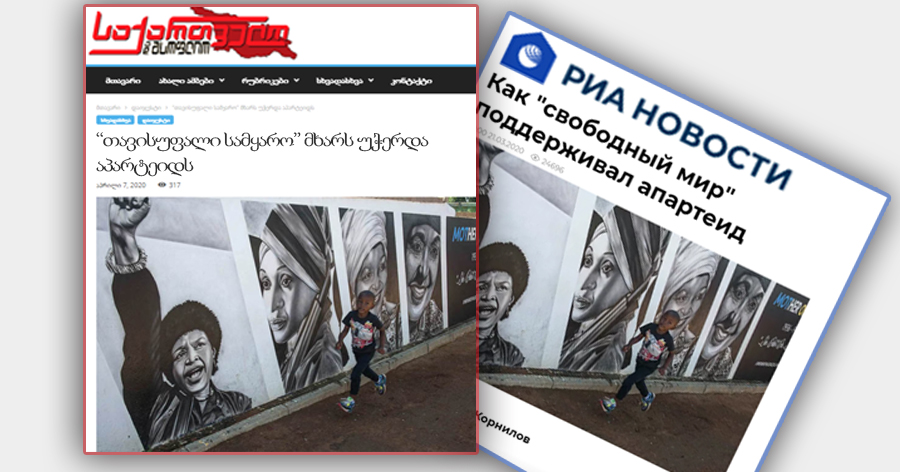 On April 7, 2020, Georgia and the World published an article titled “Free World Supported Apartheid”. Georgia and the World, through interpreting various events, claims that when the West was supporting racial discrimination, the Soviet Union was condemning apartheid. The author of the article also disregards the fact that the free world celebrates the International Day against Racial Discrimination, celebrated on March 21, as if the West has forgotten about racism in 1960s. The article is based on Vladimir Kornilov’s article published on Ria Novosti with an identical title “How the Free World Supported Apartheid”. Geworld indicates the source, but without providing a link to access the original article. 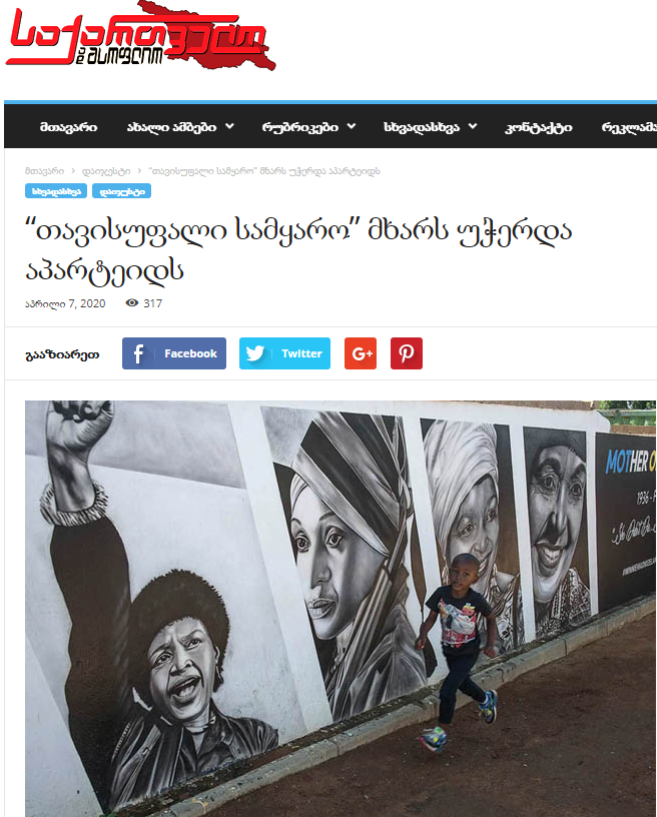 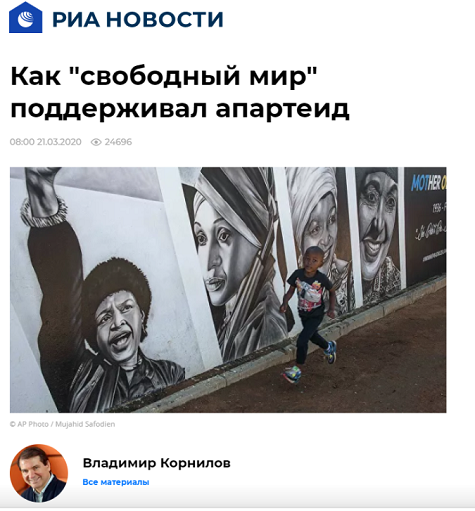 In 1960, South African police carried out a massacre in Sharpeville. People protesting racial segregation fell victim to the violence. In 1998, the Truth and Reconciliation Commission of South Africa described the extent of the human rights violations by police during these events. This act caused controversy in other countries. On march 20, 1960, Nana Mahomo and Peter Molotsi crossed the Bechuanaland border, which was then controlled by the United Kingdom, to raise awareness of this event.

Reaction of the international society:

Unlike the free world, contemporary Russia does not acknowledge the crimes committed by the USSR and does not re-assess the history. On the contrary, the Kremlin continues the Soviet heritage of propaganda and embarks on a path of denying historical facts and the revision of history.

Georgia and the World compares the West and the Soviet Union. According to the edition, there was no racism and oppression in the latter. However, the USSR had a strong nationalist policy and the mass deportations of ethnic minorities were carried out that took many lives. By conducting russification policy, the USSR was putting local cultures and traditions under threat. Myth Detector offers an incomplete list of crimes committed by the USSR.