From Paris to New York: The Journey of the Fabricated Graffiti of Zelenskyy 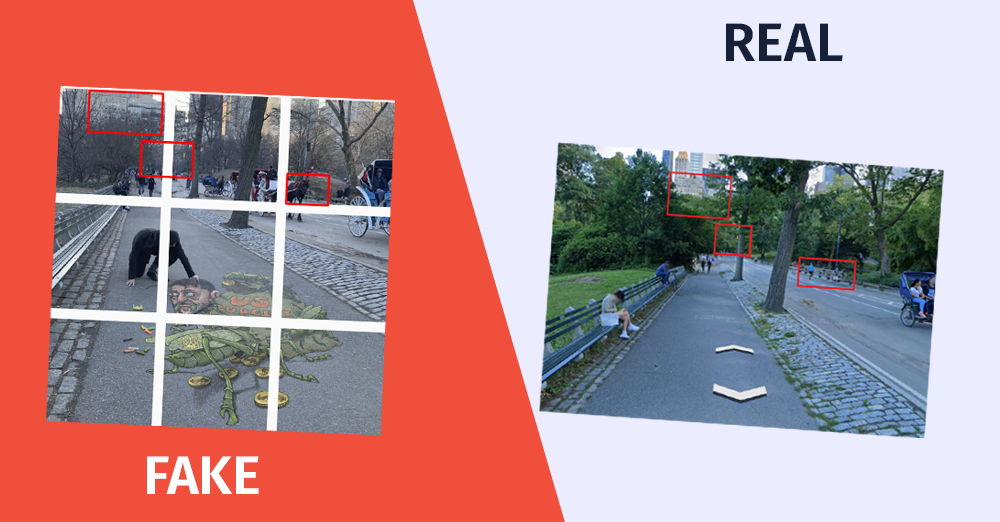 Russian-language online editions (1, 2) and social media accounts (1, 2) have been circulating a photo of a caricature graffiti depicting Ukrainian President Volodymyr Zelenskyy. According to the description, the name of the graffiti is “American budget”, and it shows that Zelenskyy, depicted in the form of a locust, is feeding on the US budget. According to the authors, the graffiti was painted in New York’s Central Park.

The disseminated photo is altered using computer software. In fact, no such graffiti can be found in New York’s Central Park. After determining the exact location of the photo, Myth Detector verified the existence of the graffiti in Central Park on January 13th in person.

Typicaloptical indicates New York’s Central Park as the location of the graffiti in the photo. 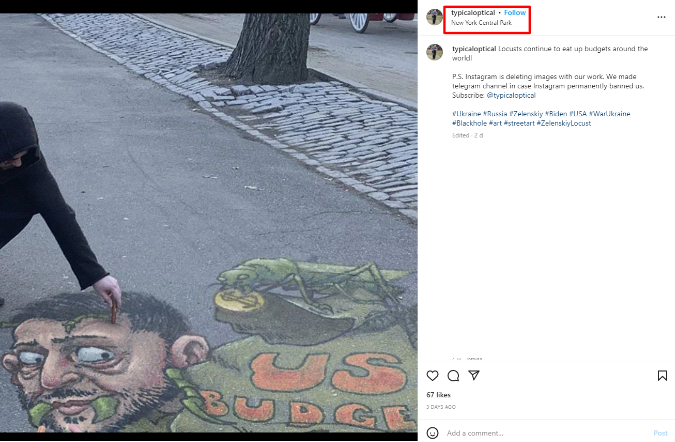 With the help of geolocation, Myth Detector was able to identify the exact spot of the alleged graffiti.

The spot is located on Central Drive, while the street view on Google Earth looks as follows:

The NOn January 13th, “Myth Detector” managed to verify the existence of the graffiti on the spot. Keta Bagashvili, the founder of Beauty Lab and MA student in management at the New School, fact-checked the information in person and, using photo and video evidence, confirmed that no such graffiti is painted on the given location. 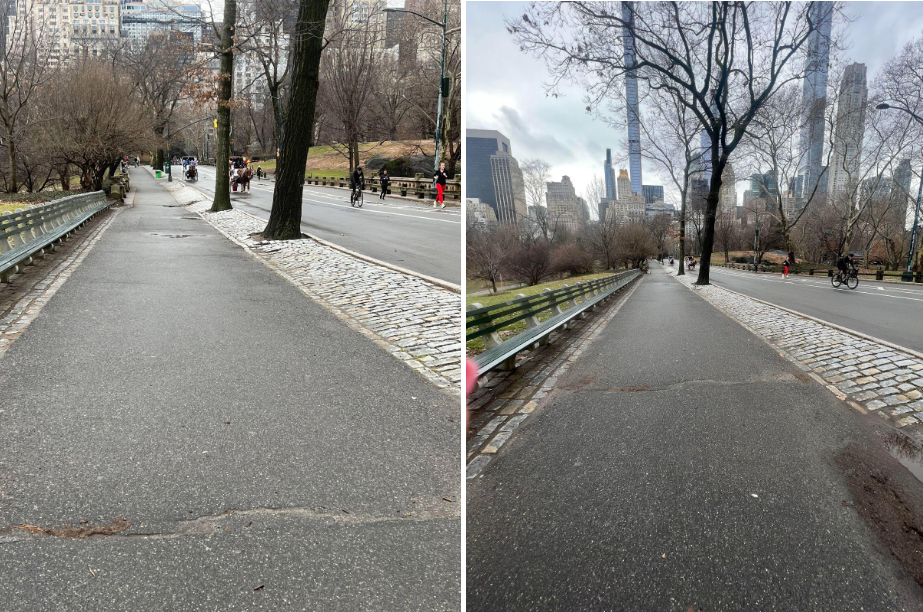 Photos taken by Keta Bagashvili on January 13thNotably, according to the 3D painting specialists of the Polish agency Donutstudio.pl, even after erasing the 3D-style graffiti, its traces remain on the surface, and in this case, such traces are not visible.

It should be emphasized that this is the fifth time that the Instagram account Typicaloptical has published a fabricated photograph of the graffiti of Zelenskyy taken in various Western cities. It is interesting that after the publication of a fake photo on the Instagram account, Russian-language propaganda media and supporters on social media actively disseminated the photos in previous cases as well. For more information, see the “Myth Detector” articles: