From Bat Coins to Bill Gates – What Conspiracy Theories Did COVID-19 Give Rise To? 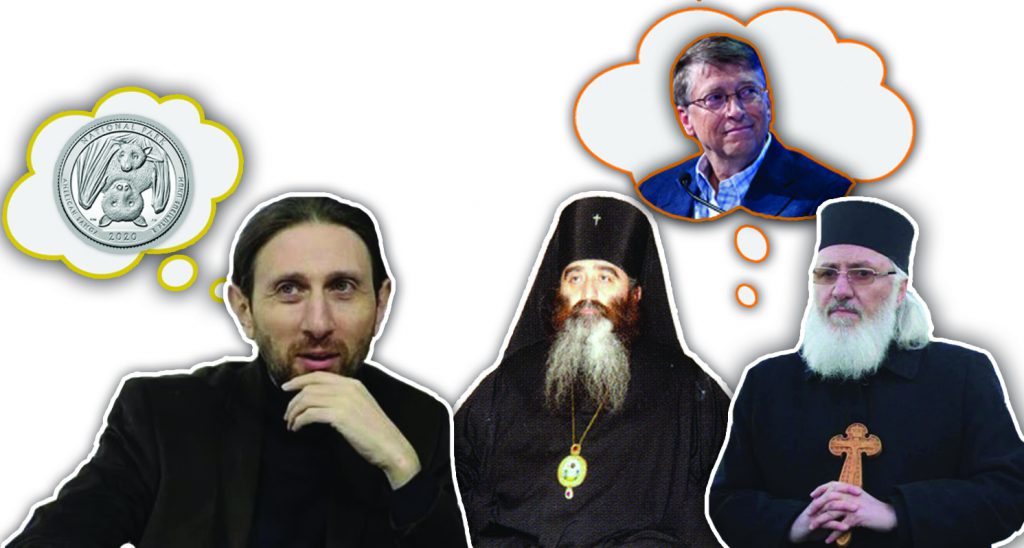 Dissemination of conspiracy theories about COVID-19 continued last week. As scientists are yet to determine the exact origin of the virus, admirers of the conspiracy theories have sought answers in coins with an image of a bat on them and old public speeches of Bill Gates.

Conspiracy theory #1. Globalist powers have something to do with the spread of the coronavirus.

Zviad Tomaradze, the founder of the organization “The Nation and the State”, believes that globalist powers have something to do with the spread of the coronavirus. For Tomaradze, the evidence is that the United States Mint issued a 25-cent coin with a picture of a bat on it.

Zviad Tomaradze: “The United States federal bank [sic], which is an independent body and, as we already know, is owned by globalists, issued a 25-cent coin with a picture of a bat. I am sure you would agree that it is a bizarre coincidence.”

In fact, the design of the new coin, issued by the United States Mint, was agreed upon on August 2, 2019 – several months before the outbreak of the coronavirus. The coin depicts a rare species of a bat that inhabits the National Park of American Samoa and is targeted by poachers. Depicting the bat on the 25-cent coin is a part of an awareness-raising campaign.

An American fact-checking organization Snopes mentions that the narrative on the globalist powers and the bat is quite widespread among American Twitter users as well. 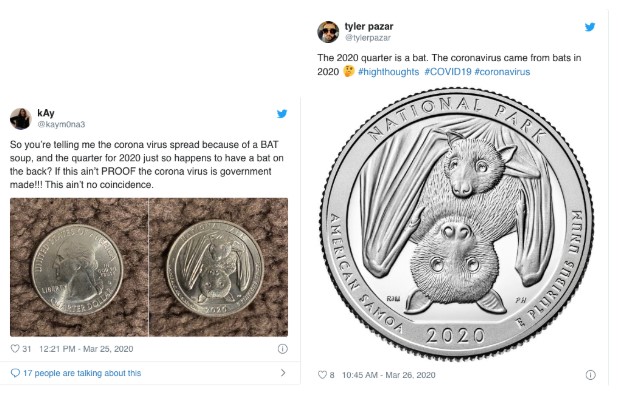 Priests are among the sources that facilitate the spread of the conspiracy theories. For example, a news agency inews has published a video of Saba Gigiberia’s sermon who is a Metropolitan Bishop of Samtredia and Khoni. The priest sees an attempt to enslave people in vaccinations:

Saba Gigiberia, Metropolitan Bishop of Samtredia and Khoni: “Today’s virus is a tool in the hands of the devil to enslave people… A vaccine will be offered to the humankind and people, but it will not treat the virus that much, but will rather enslave, control, and subdue people.” 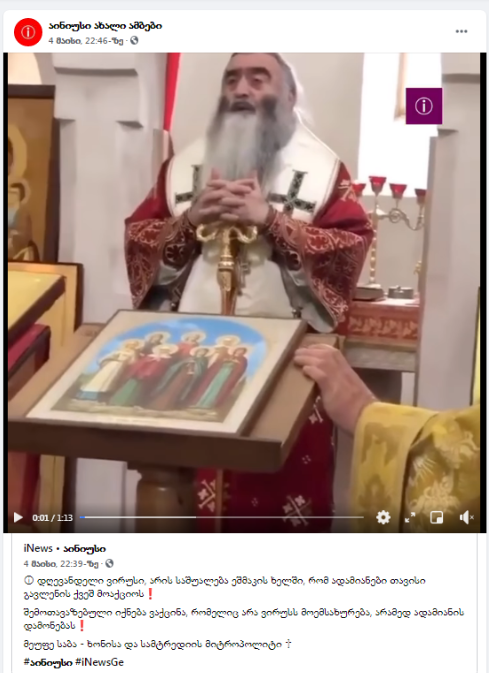 “Free soul”, a Facebook page, has written that the vaccine (which has not been developed yet) causes male erectile disfunction and infertility, in addition to subduing the masses. 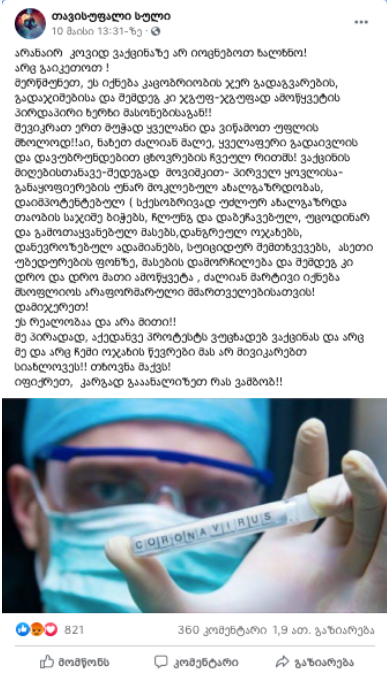 Conspiracy theory #3. Bill Gates knew about the coronavirus years ago.

Mikheil Tsagareli, an astrologer, is convinced that the founder of Microsoft and a famous American businessman, Bill Gates knew about the coronavirus in 2005 and had some intentions.

Mikheil Tsagareli, an astrologer: “The man told us in 2005 that the coronavirus pandemic was a threat for the world that would have a large impact. If he had not already planned it, how would have he said such a thing? Is he a clairvoyant?”

Bill Gates was speaking about a worldwide readiness for a widescale pandemic in 2015, not 2005. According to the New York Times, the video of Gates’ 2015 TED talk became an “evidence” that “the richest person on Earth uses the pandemic to fulfill his own goals and impose a total control on the healthcare system”. In truth, Gates was referring to Ebola epidemic in his TED talk and asked how ready the world was to deal with a stronger epidemy. He did not mention the coronavirus.

The article by the New York Times also mentions that the anti-vaccination, right-wing actors were disseminating this narrative in the United States. The motives of this myth are also connected to the fact that Pirbright Institute, a company that is currently working on a coronavirus vaccine, is funded by the Bill & Melinda Gates Foundation. 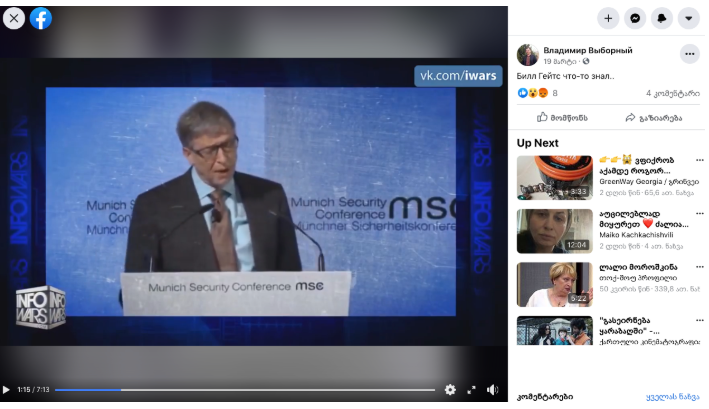 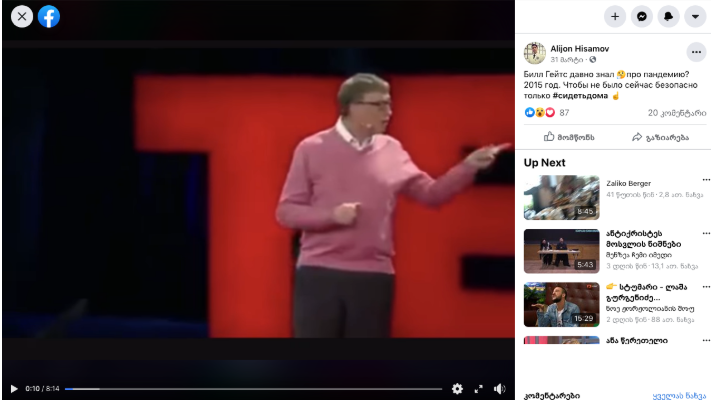 Conspiracy #4. The aim of the artificially created virus is to decrease the earth population.

Davit Isakadze, Deacon: “Decades ago, Bill Gates created a club which includes the Rockefeller [family], ancestors of Morgans, Soros, and other engaged individuals. They have allocated vast amounts of money to launch such processes in the world. Total Earth surveillance mechanisms are being created and the 5G technology serves this purpose, too…”

In 2010, Bill Gates spoke about reducing CO2 emissions and noted that the vaccinations may play an important role in terms of controlling the numbers of population.

Gates’ phrase has become subject to interpretations, was associated with the coronavirus, and created a belief that the businessman tries to decrease the fertility of humans and thereby, decrease the earth population. In fact, the founder of Microsoft speaks about reducing the growth rate of the population, not about reducing it. Gates mentions that the vaccines bear high importance for decreasing the child mortality rate in the developing countries, which will, according to Gates, slow down the population growth. You can read more details on this issue in an article by Myth Detector – “Does Bill Gates Promise Us Depopulation and Chipization?” 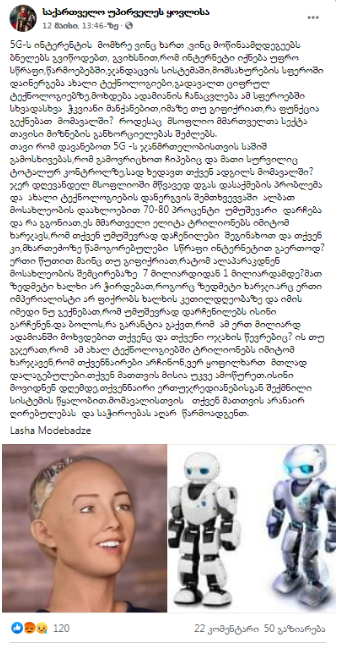 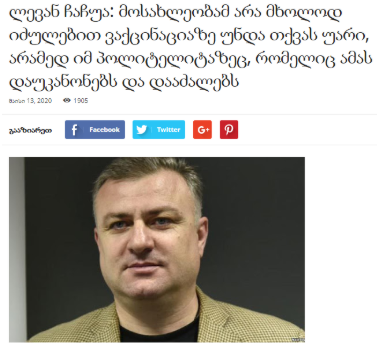