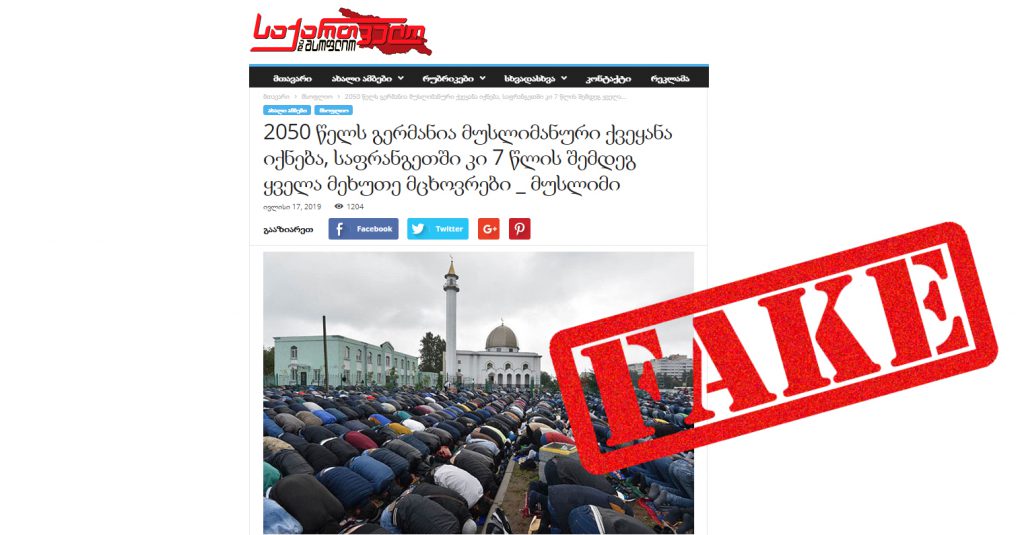 On July 17, 2019, Georgia and World released an article headlined “In 2050, Germany will be a Muslim country and after seven years, every fifth resident of France will be Muslim.” The article focuses on the projections of Muslim population growth in European countries, citing migration and growth of Muslim fertility rates as the reasons. The article provides incorrect statistical data regarding four European countries on current number of Muslims and their fertility rates, as well as on projections. These countries are France, Belgium, Germany and Netherlands.

Although the author claims that the data provided by him were collected 7-8 years ago, he does not refer to any source, research or document used when writing the article; moreover, the title of the article makes one suppose that the material reflects the current situation.

Lie No. 1:   In France, one Muslim woman gives birth to eight children, on average

Real fact: In France, one Muslim woman gives birth to 2.9 children, on average 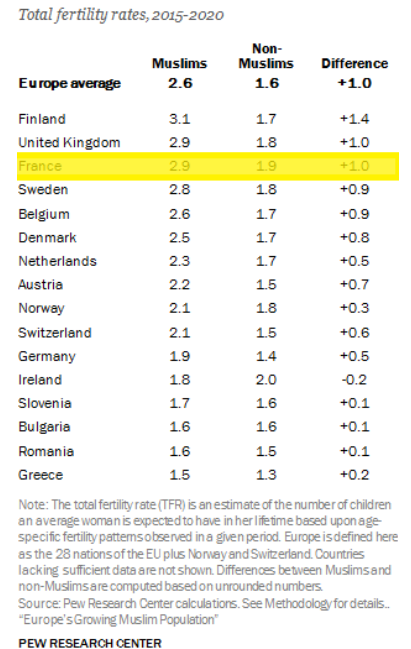 The latest data on Muslim population fertility rates are provided in the 2016 report of Pew Research Center. Muslims account for only 7.6% of the population of Belgium. According to the same report, one Muslim woman gives birth to only 2.6 children. As for non-Muslim population, this figure equals to 1.7 (less by 0.9). 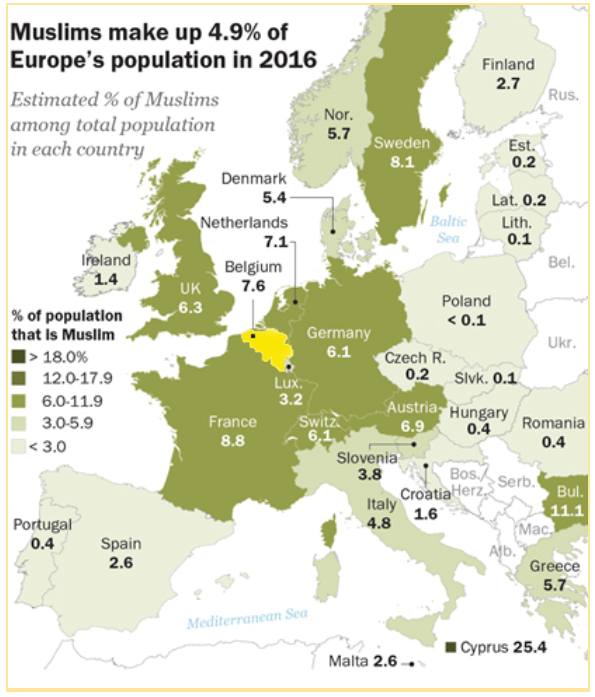 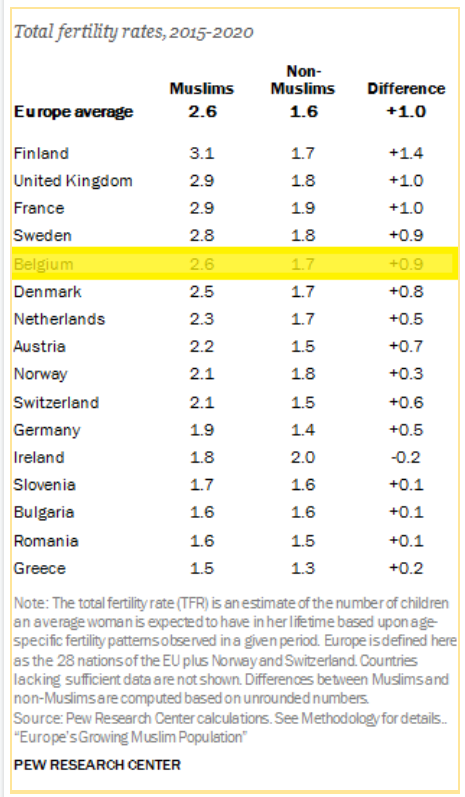 Real fact: According to Pew Research Center’s projections, in 2050 the share of Muslims in Germany will increase to 10.8% on avarage in the zero, medium and high migration scenarios.

Lie No.4: In 2027, every fifth French resident and after 15 years one half of the population of Netherlands will be Muslim.

Geworld.ge’s article claims that by 2027, every fifth resident of France will be Muslim; moreover, Muslims will account for one half of the population of Netherlands.

According to the report of Pew Research Center (The Future of the Global Muslim Population), in 2010, the share of Muslims in the total population of France was 7.5% and in Netherlands – 5.5%. According to the statistical data for 2016, these figures increased to 8.8% and 7.1%, respectively. The report notes that according to recent tendencies in Europe, including in France and Netherlands, by 2030, percentage of Muslim population in France will be 10.3% and in Netherlands – 7.8%.

Thus, Muslims will comprise not one half of Dutch population, but rather its one-twelfth; as for France, every tenth resident will be Muslim, meaning that Georgia and World has doubled the figures, without referring to the source. 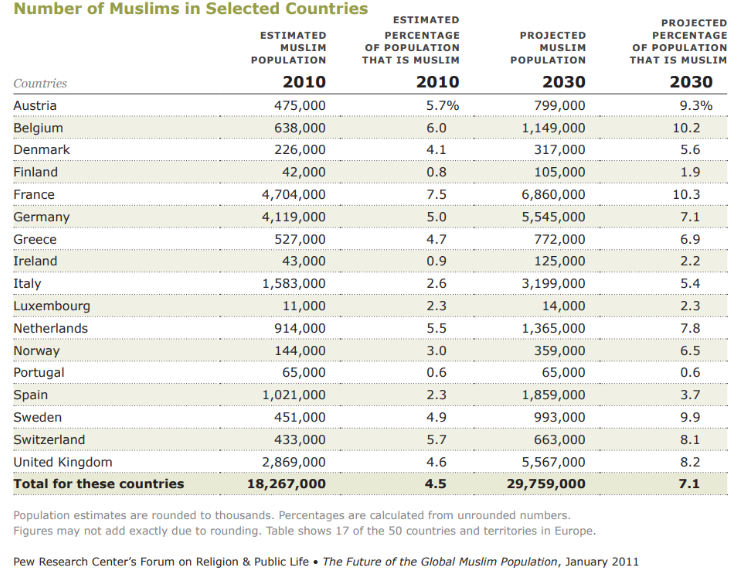